We've been dreaming of going to Mindanao ever since we started traveling. It's no secret that Mindanao has this stigma of violence, so we had doubts about pushing through with this trip.

As Filipinos, we know that the most beautiful untouched places are in Mindanao. So despite that stigma, we packed our bags and cast aside our fears without the knowledge that we were about to experience one of the best days of our lives. 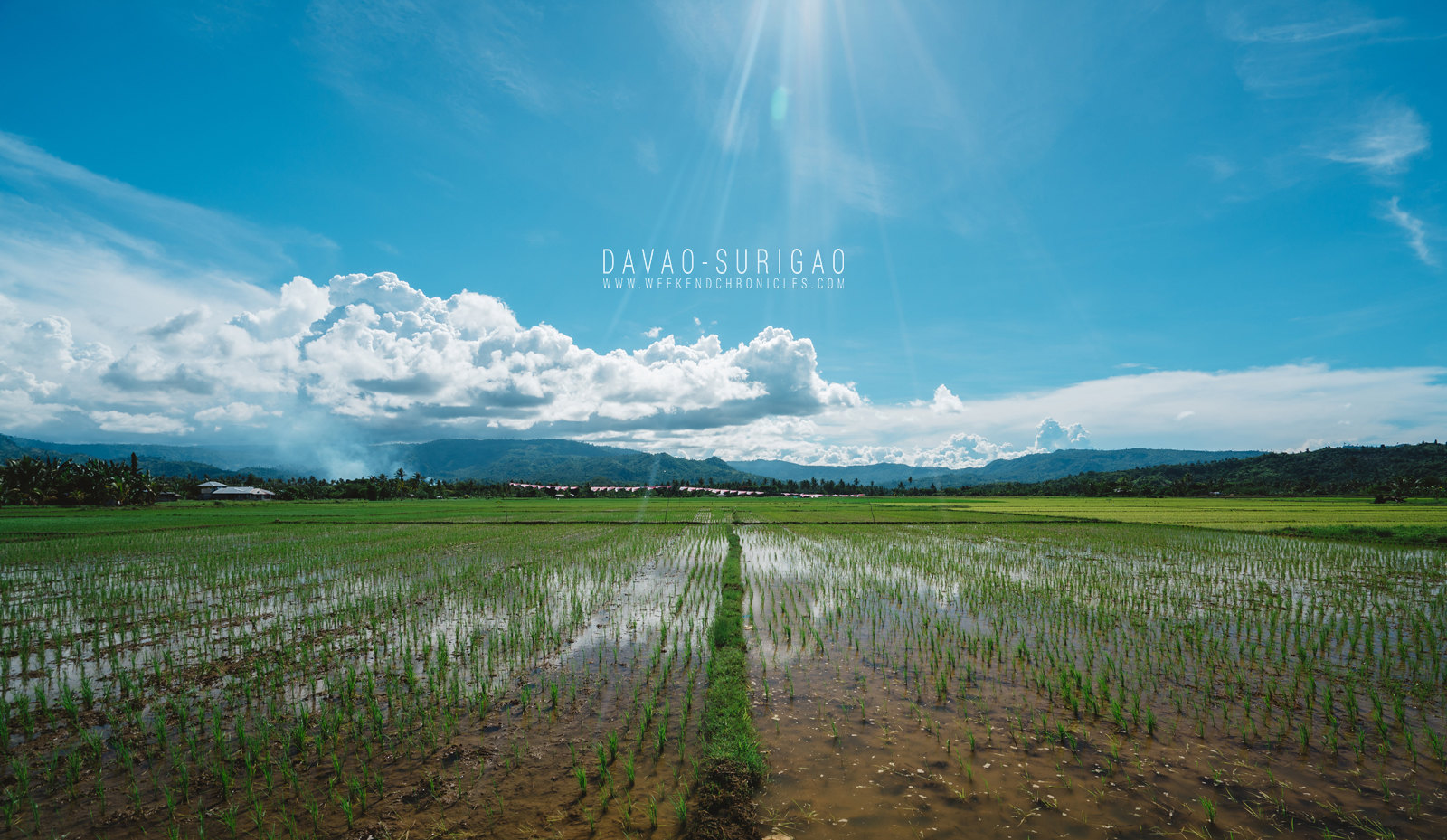 Our first destination from Davao City was Mati City - Dahican Beach, specifically. Along the way, we saw the famous Sleeping Dinosaur Island. We immediately asked the driver to stop for a while and let us savor the view. It was a sight to behold. 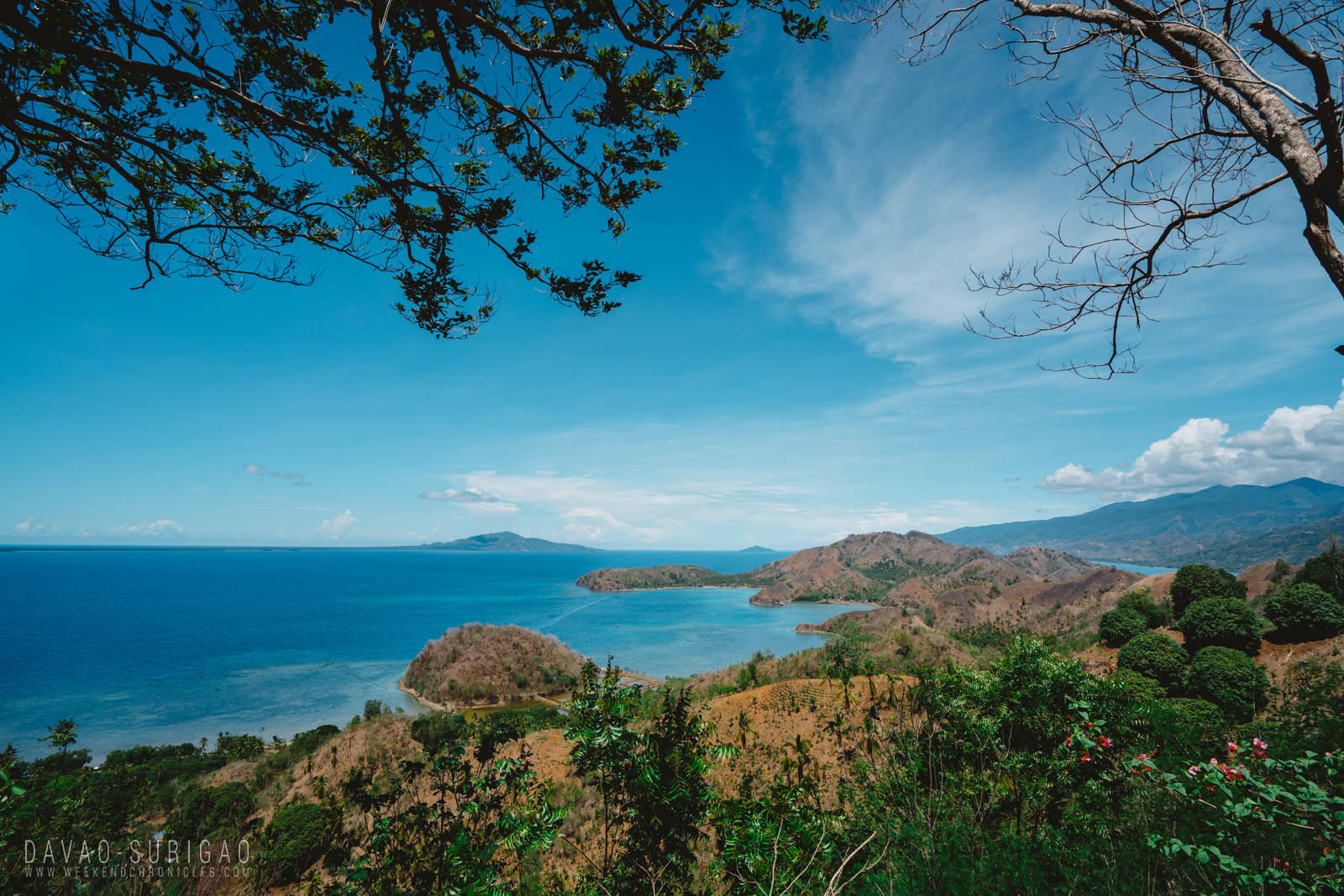 Dahican beach is very popular for its calm waves that's best for skim boarding. It has that chill vibe that makes you want to stay there forever.

Davao City to Mati was a 5-hour land trip. We were lucky enough to meet a taxi driver who wanted to take us there just because he hasn't been to Mati for a long time. The trip was so long the driver almost fell asleep while driving. Luckily, I never sleep in transit and I was able to keep him awake or else it would've been our last trip here on Earth. 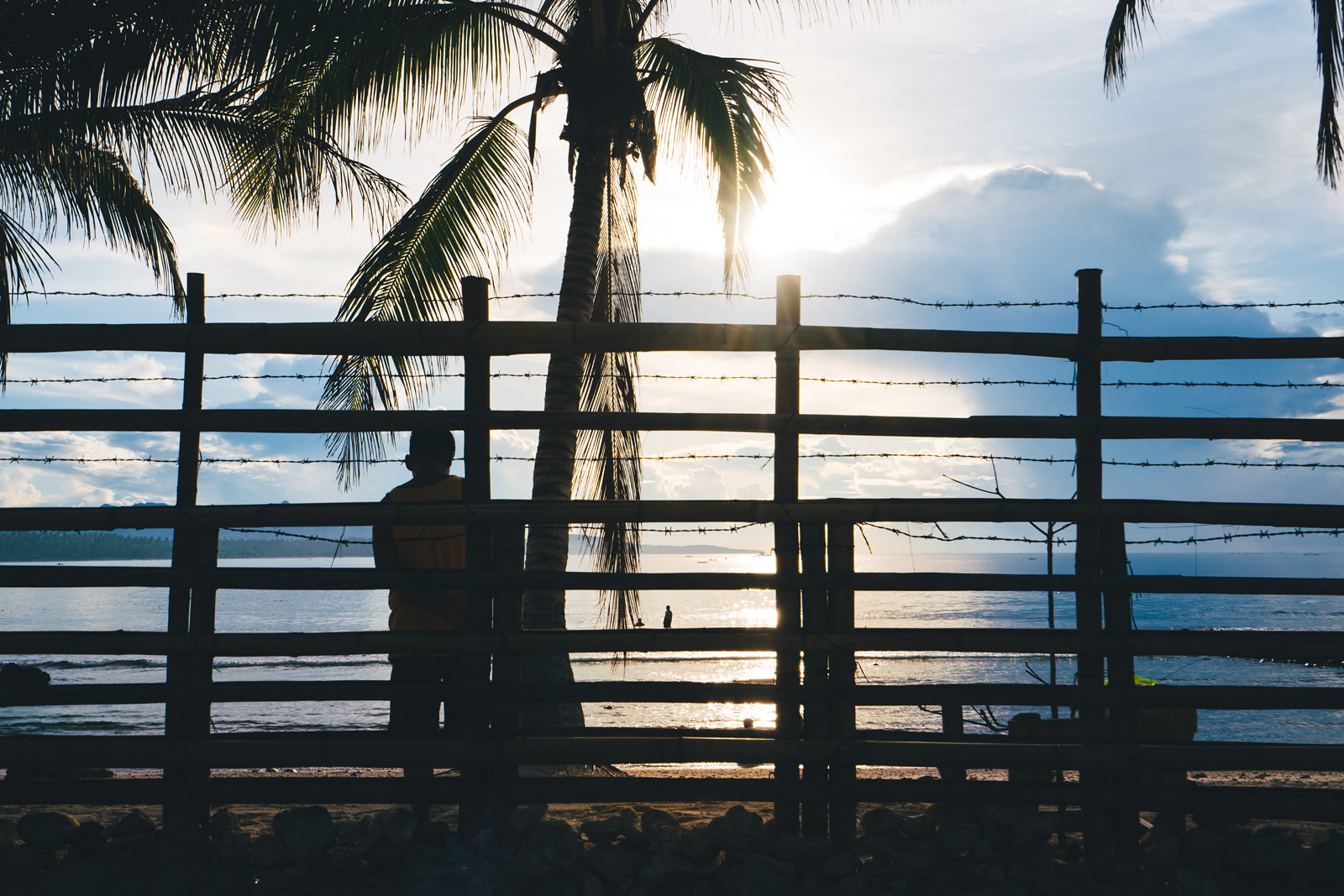 When we arrived at the beach, there were no other people aside from us and of course, the locals. What an amazing time to relax. 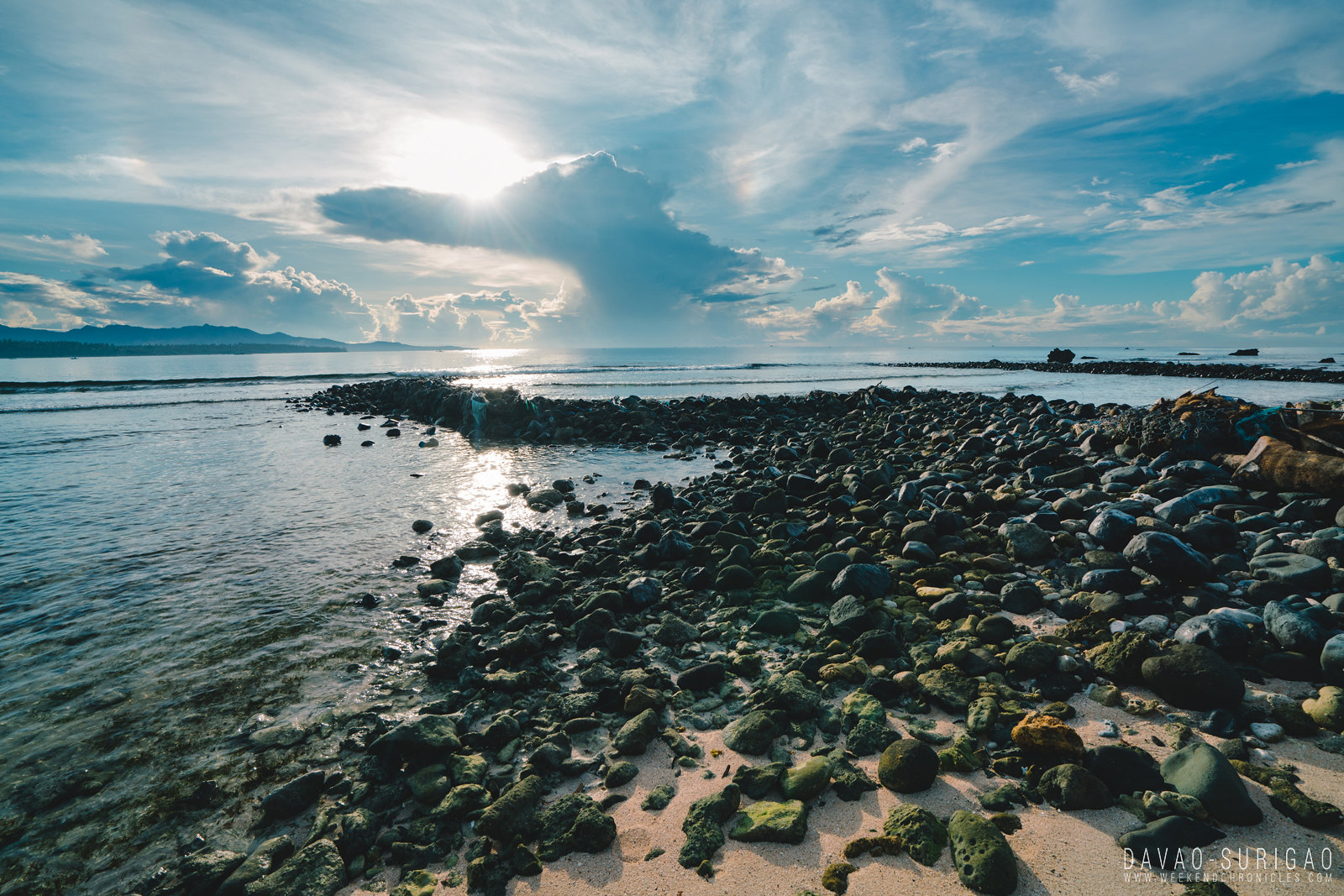 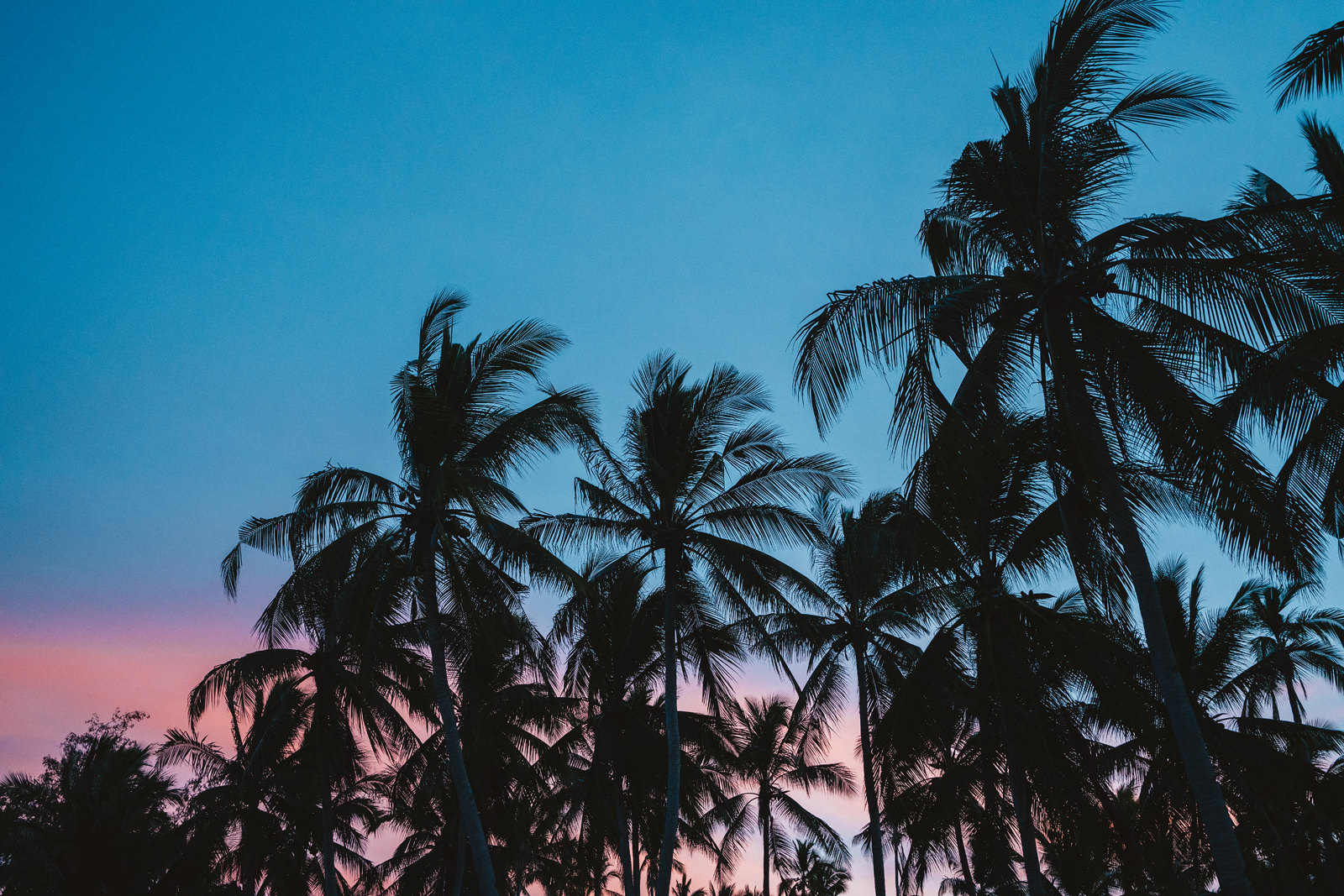 We met the kids from Amihan sa Dahican. The local boys (and girls) that the whole place is proud of because of their skim boarding skills. I've known about them ever since I heard about Mati.

It was around 4pm when they started running towards the water with their skim boards. I remember standing there, filming their every move, trying to capture what these kids were capable of.

It looked so easy, how they controlled their skim boards but just being able to stand on it was already impossible. 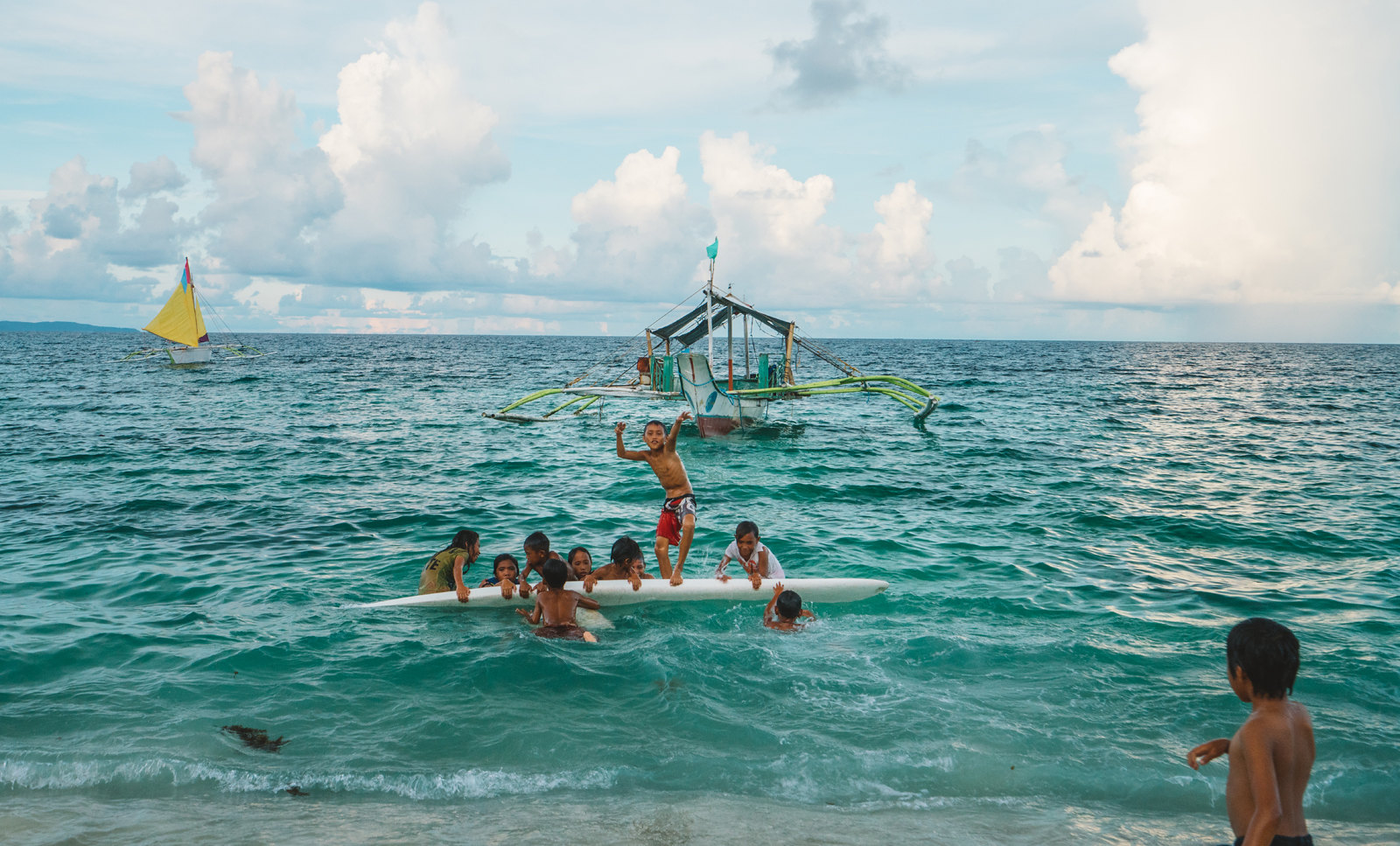 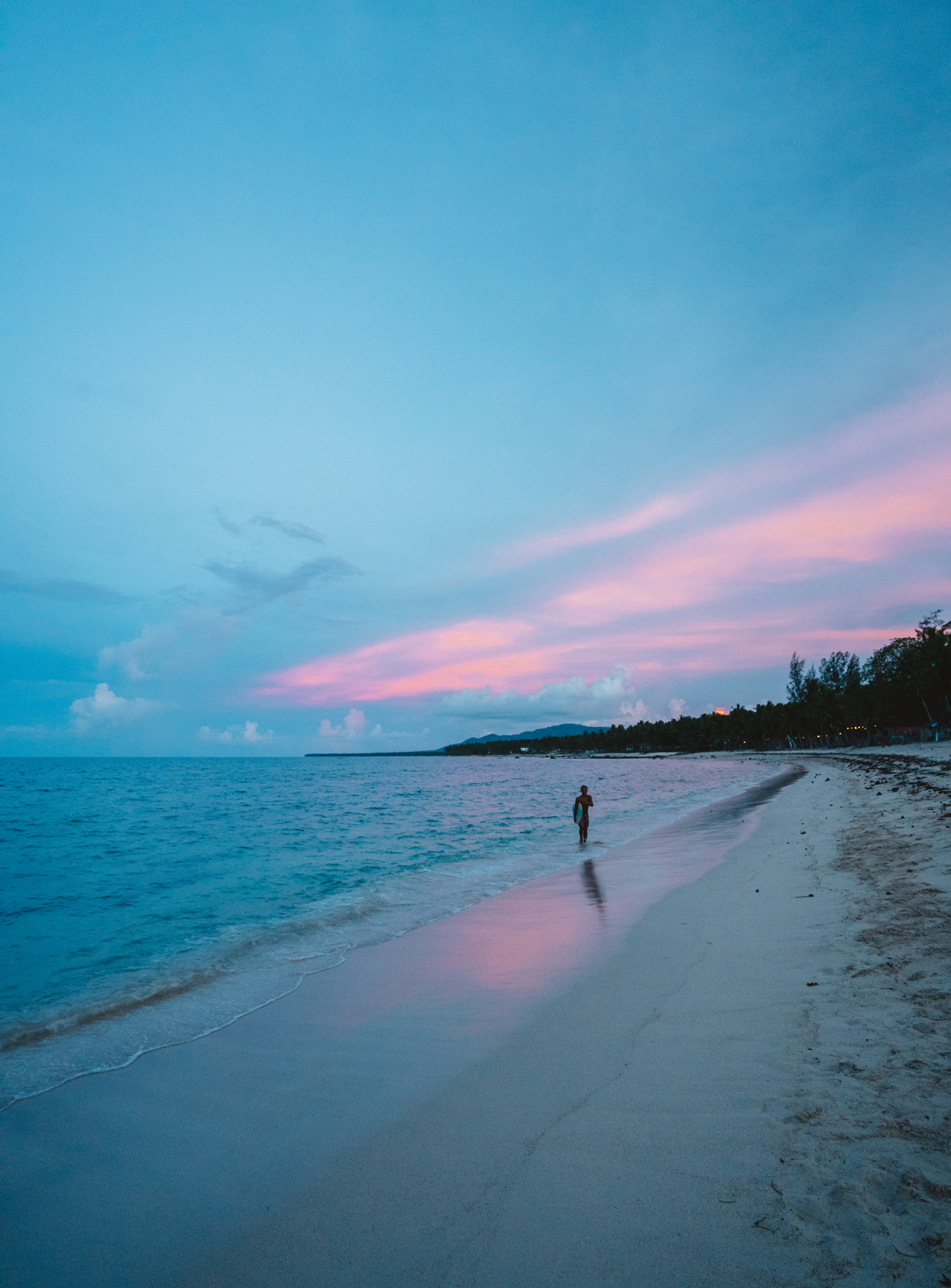 I felt really good to be shown how life should really be and it was on point.

At around 8am the following day, we left for Baganga via a 3-hour van ride. Baganga is a very small town in Davao Oriental that hides a magical lake called Carolina. It's absolutely the best damn lake I've seen all my life. But, with that beauty comes a price...

I want to tell this story because I want to always remember what happened.

When we asked the driver to drop us off the entrance to lake Carolina, he just nodded. All the while, we thought he knew the place because he's a local but in reality, he had no clue. We already reached the terminal without seeing any sign of a lake.

We traced the road back to Mati when a lady hailed the van. The lady "somehow" knew where the lake was but she wasn't so sure either. We chatted a bit and when she found out that we didn't know anyone from Baganga, and it was our first time going there, she got angry.

She scolded us for being too adventurous. She told us that just the day before, a shootout happened in that town. I suddenly remembered that Baganga is also known to house members of the longest insurgency group in Asia, The NPA (New People's Army).

After hearing that, Nene got a bit teary-eyed. All four of us were left speechless. Suddenly it didn't feel safe anymore and the thought that we might end up being in the wrong place at the wrong time, scared us.

But there was this gut-feeling that kept pushing us to still go. Realizing she couldn't stop us, the lady just comforted us and told us to take extra precaution and not do it again.

I knew it was dangerous but I think it's one of the best decisions we've made in all our travels.

This made it all worthwhile. 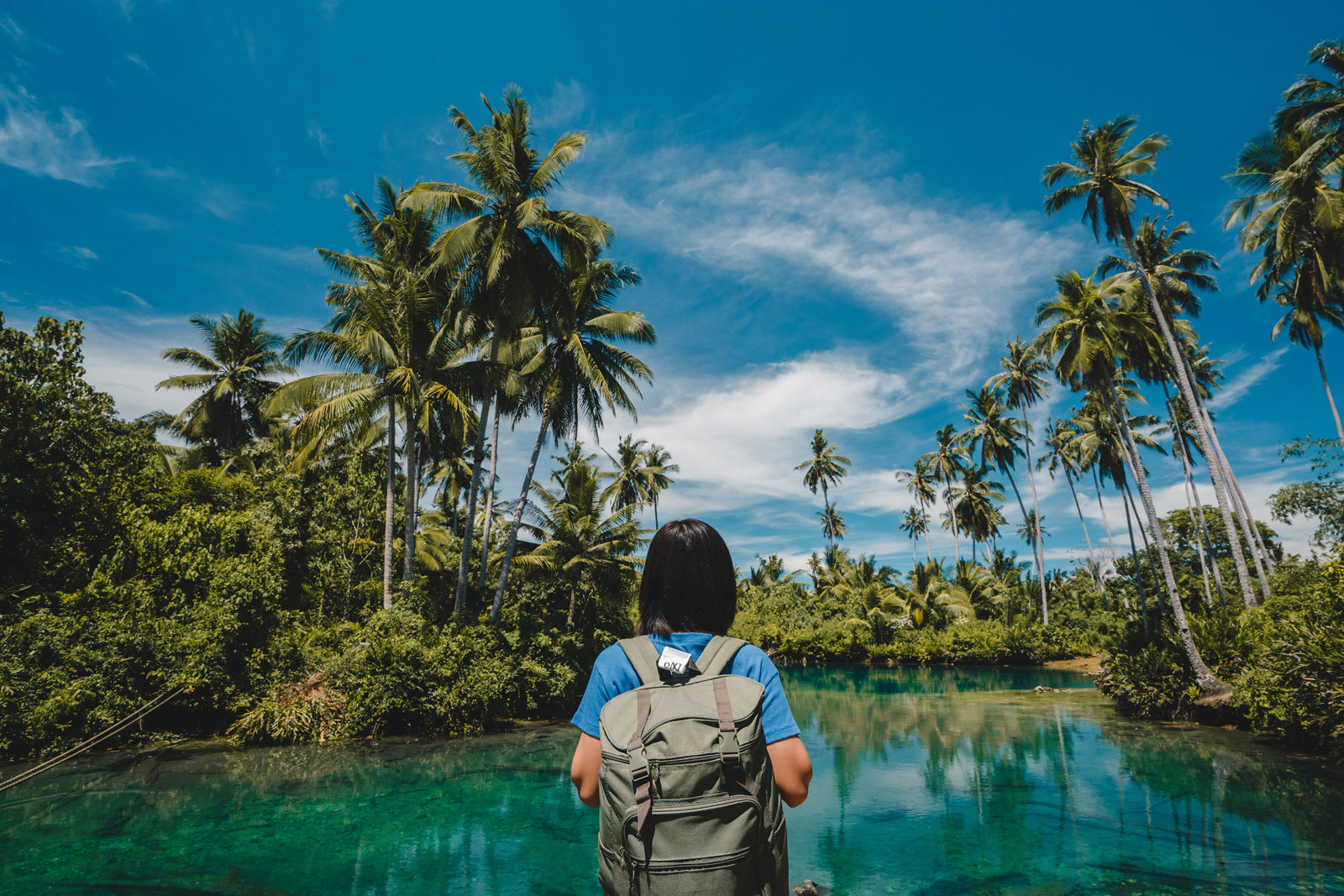 All our fears were replaced by awe. Being in that lake by ourselves was just something.

After some time, a small family arrived. The thought that locals went there for family bonding erased the remaining fear left in my head. 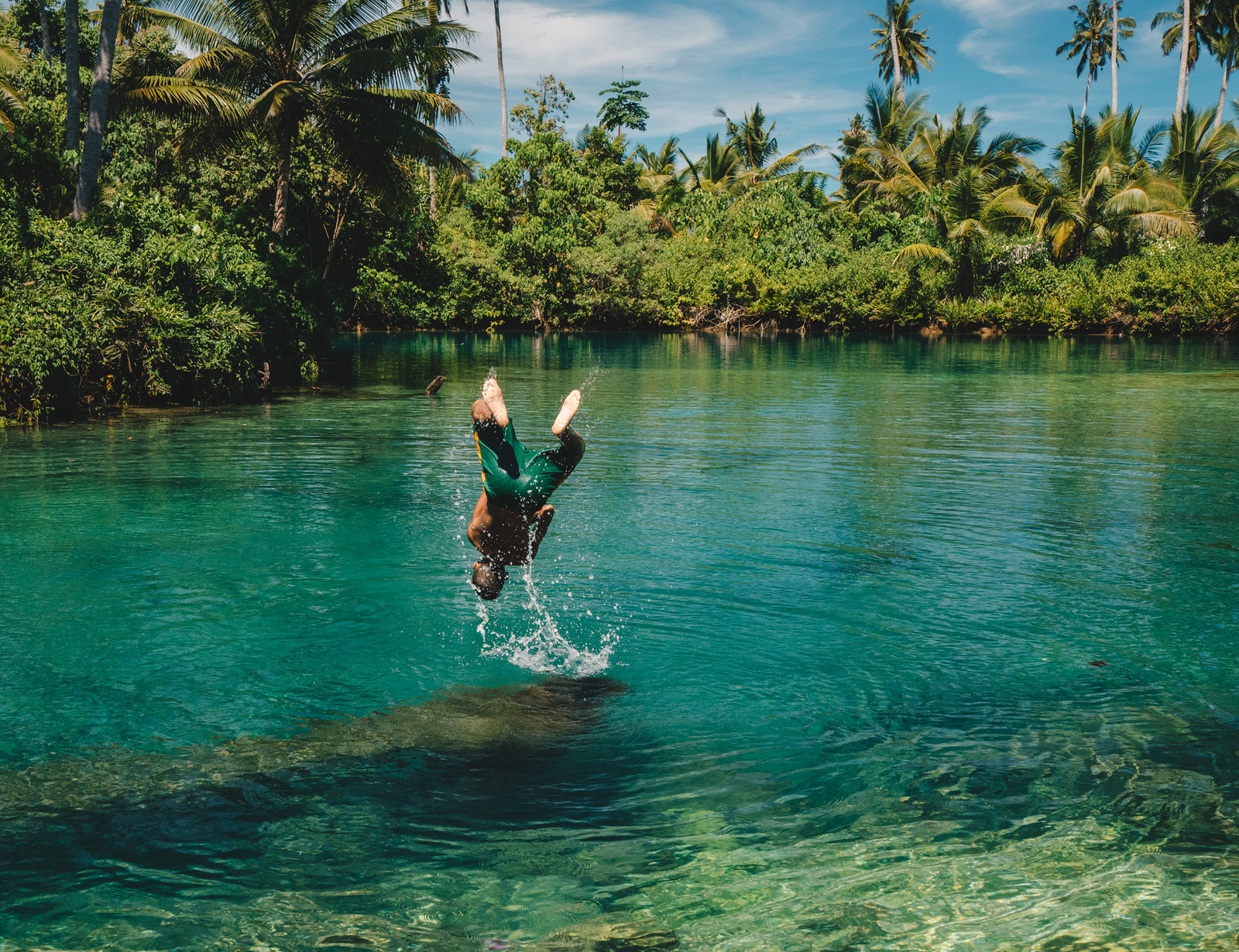 Then we saw an old fisherman sailing in his rustic boat. He just came from gathering shells. Our friend Nat immediately wanted to ride the old man's boat and take photos. I took advantage of it and snapped some. 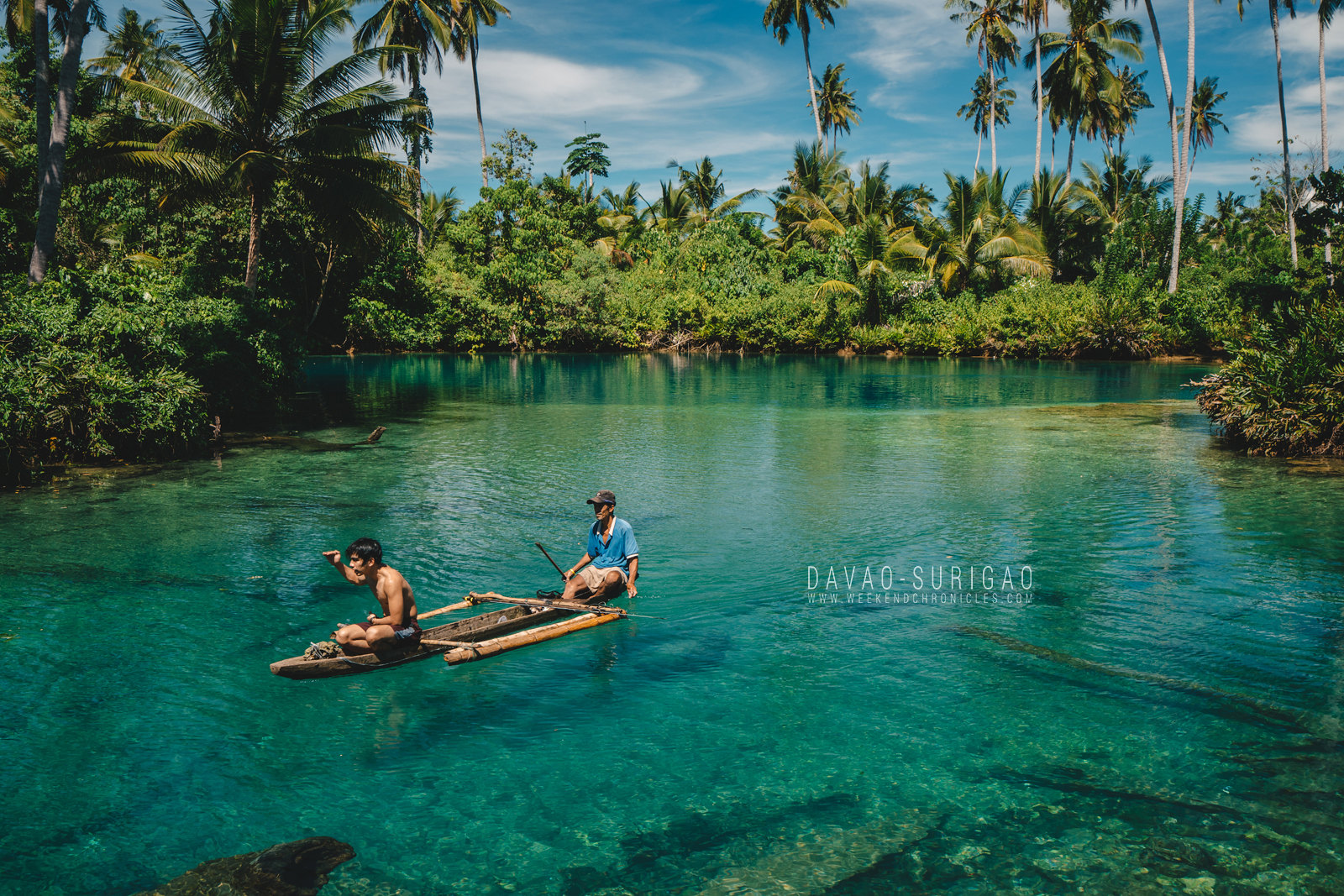 We swam and relaxed for around 2 hours. It was probably the most well-spent 2 hours we've ever had. We were very happy. Thinking of it now makes me smile. We wanted to stay longer but we had to leave for Cateel. 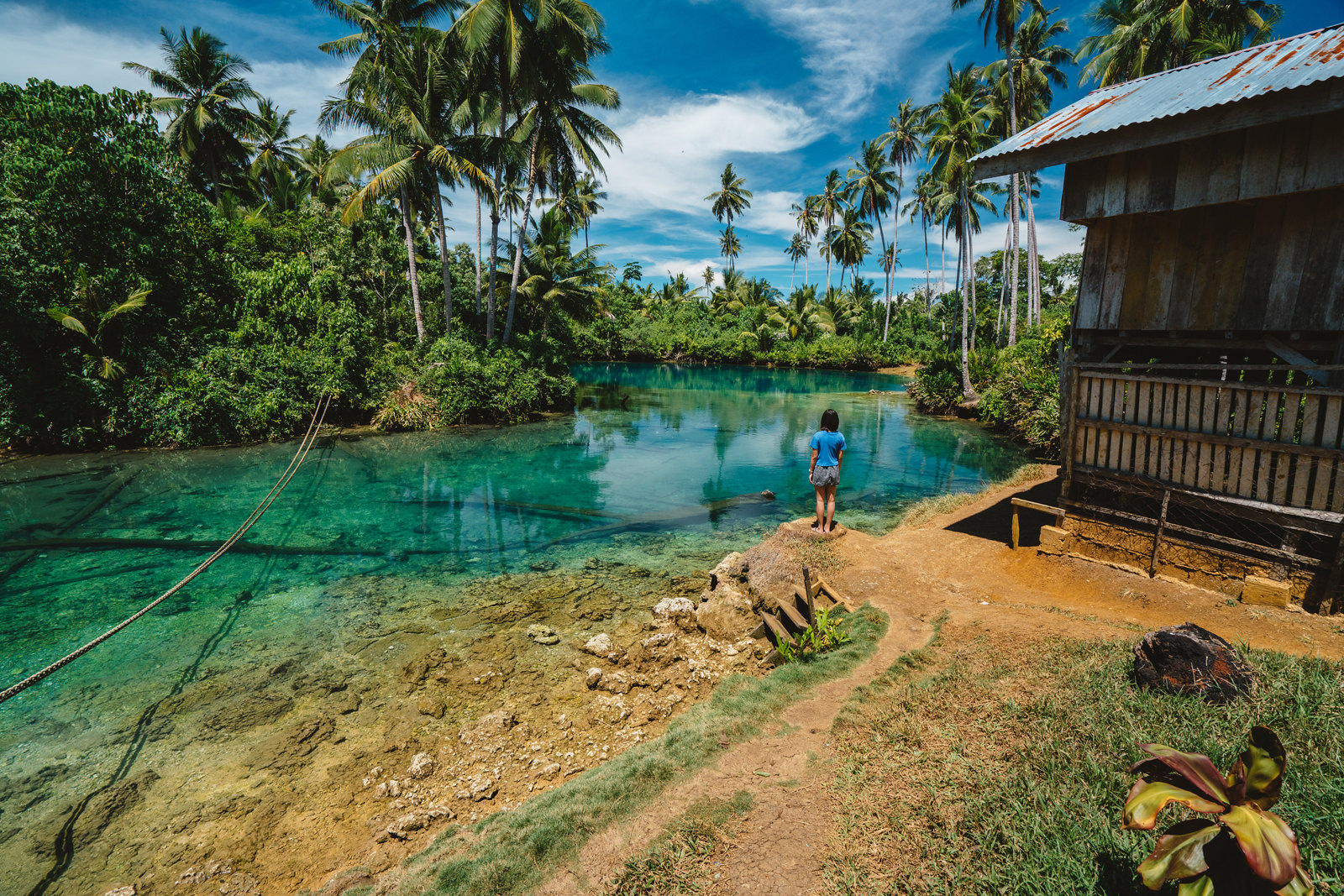 At around 1pm, we were still soaking wet as we waited for any form of transportation to take us to Cateel. Half an hour passed and we're almost dry but not a van or bus was headed there. The caretakers of the lake who were watching from afar decided to help us negotiate with a tricycle for a special trip to Cateel.

It was already 4:30 pm when we got to Cateel. The owner of Edar's Place helped us find a habal-habal driver to take us to Aliwagwag Falls. We were told it was already too late because the Eco Park closes at 5pm. We decided to go even just to get a glimpse of it.

The road to Aliwagwag itself was already a beautiful sight with so many interesting things and it wasn't even the destination yet.

Kuya Greg, our habal driver, had lots of stories to tell. He promised us that Cateel was a safe place and that we should be assured most specially that we were with him. 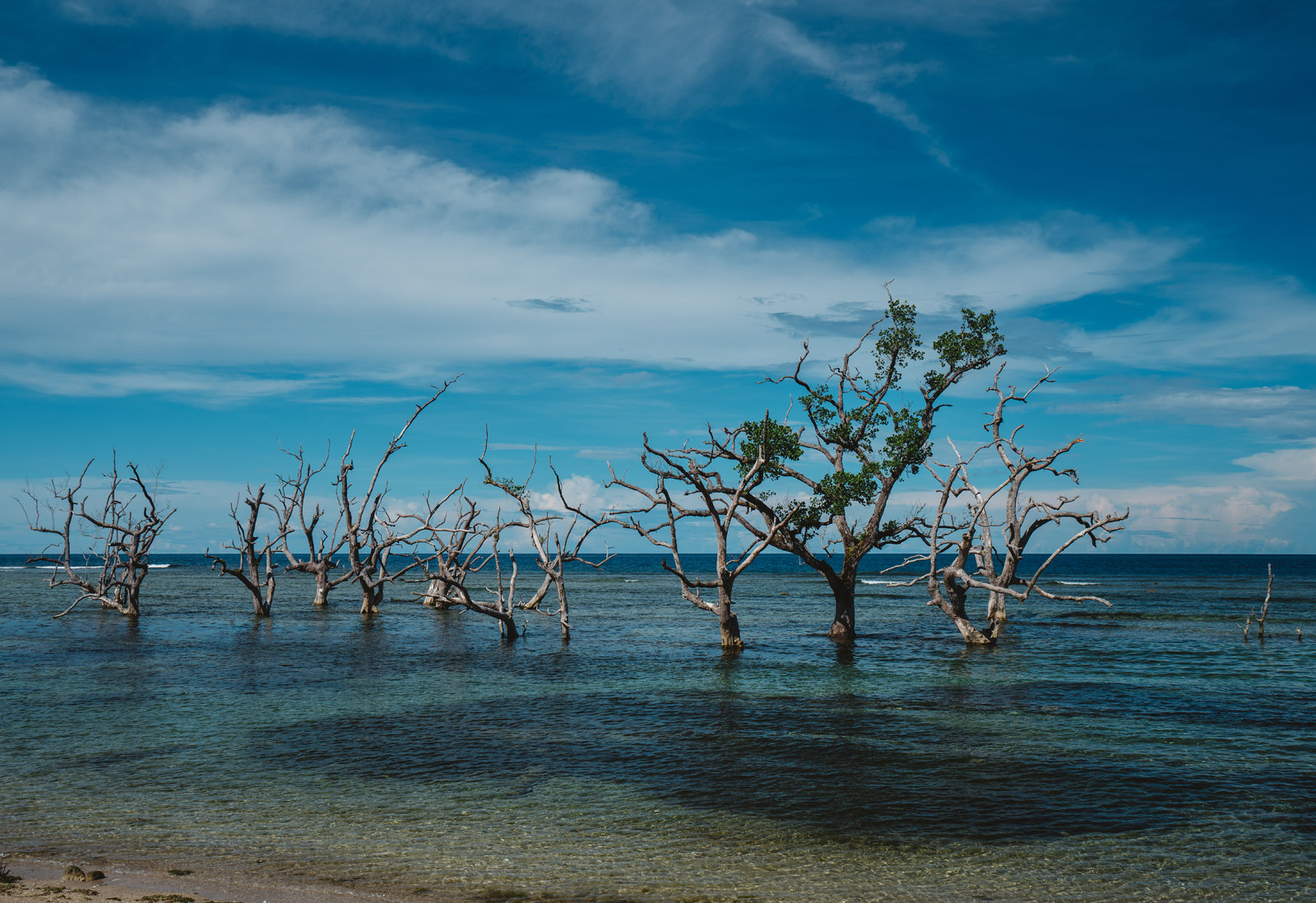 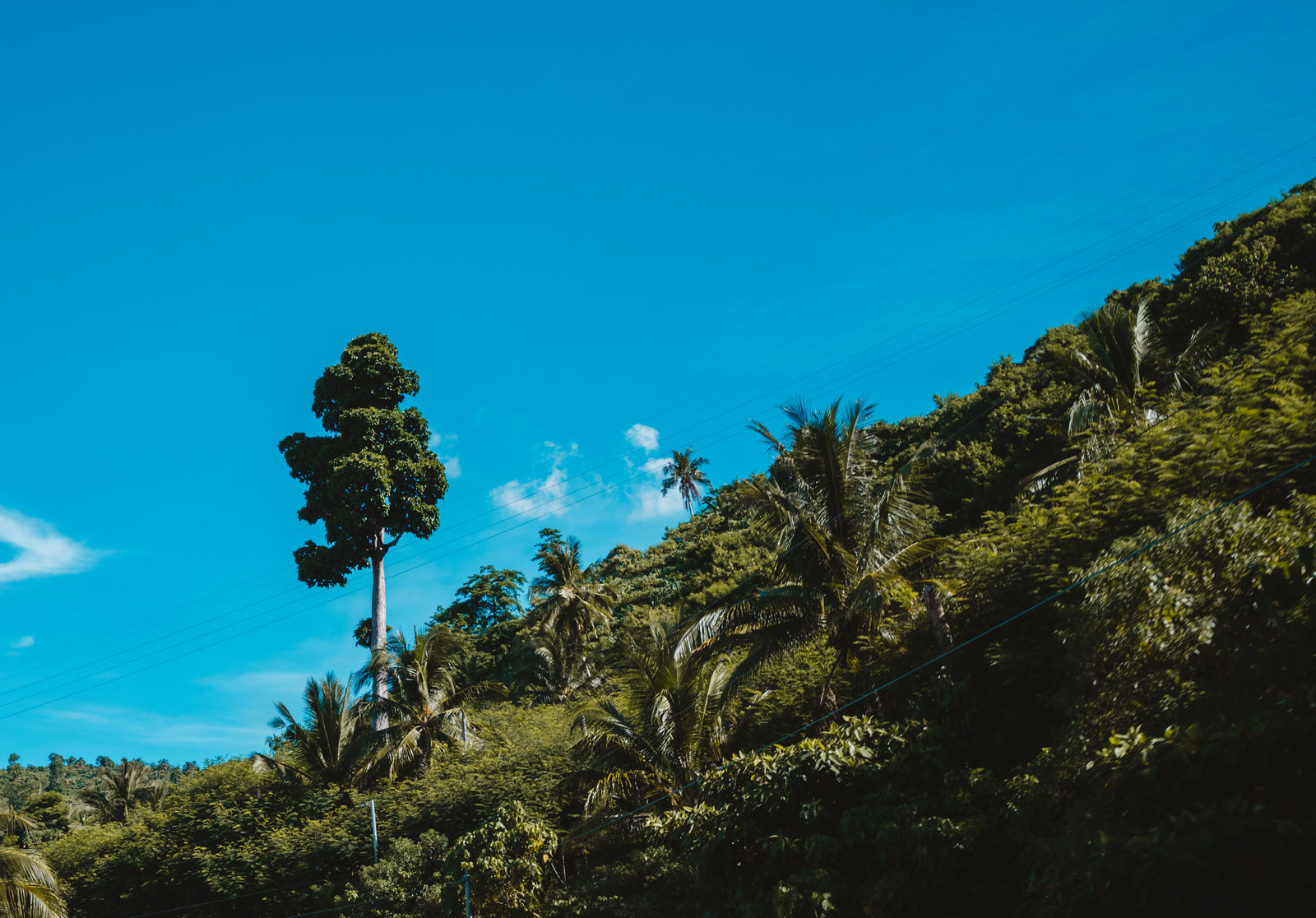 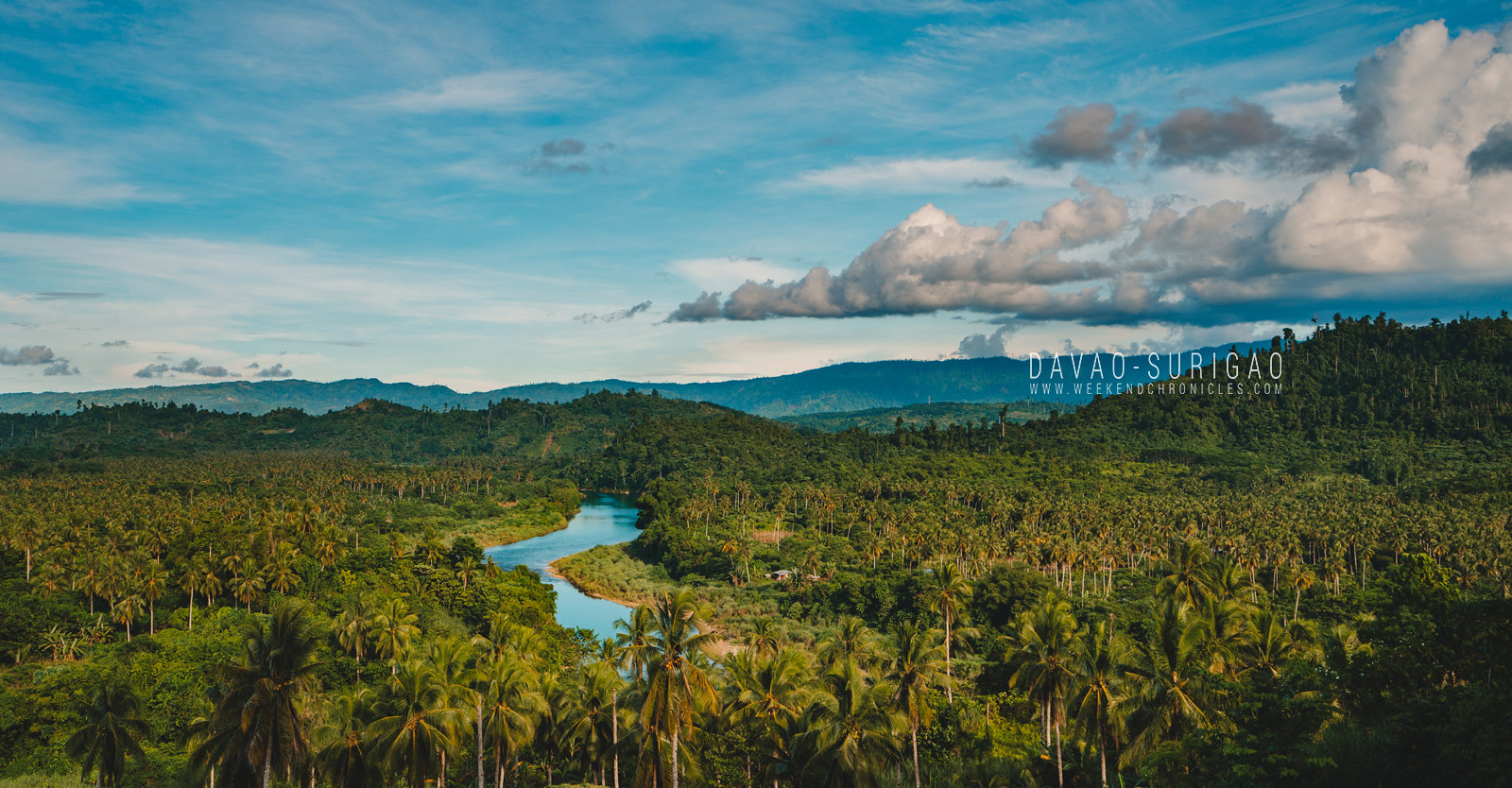 Slowly, this trip was starting to become a series of breathtaking places we've never seen before. 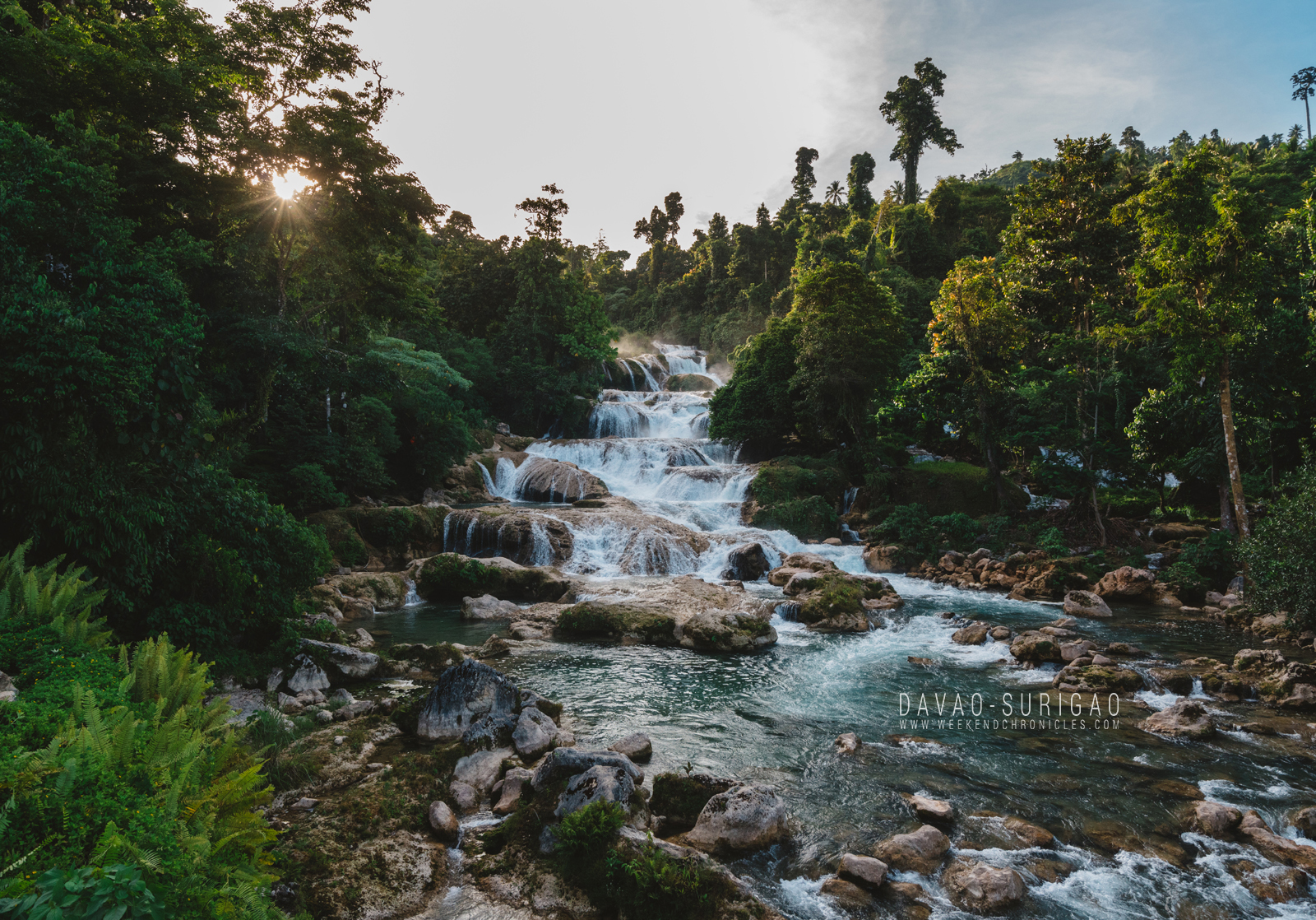 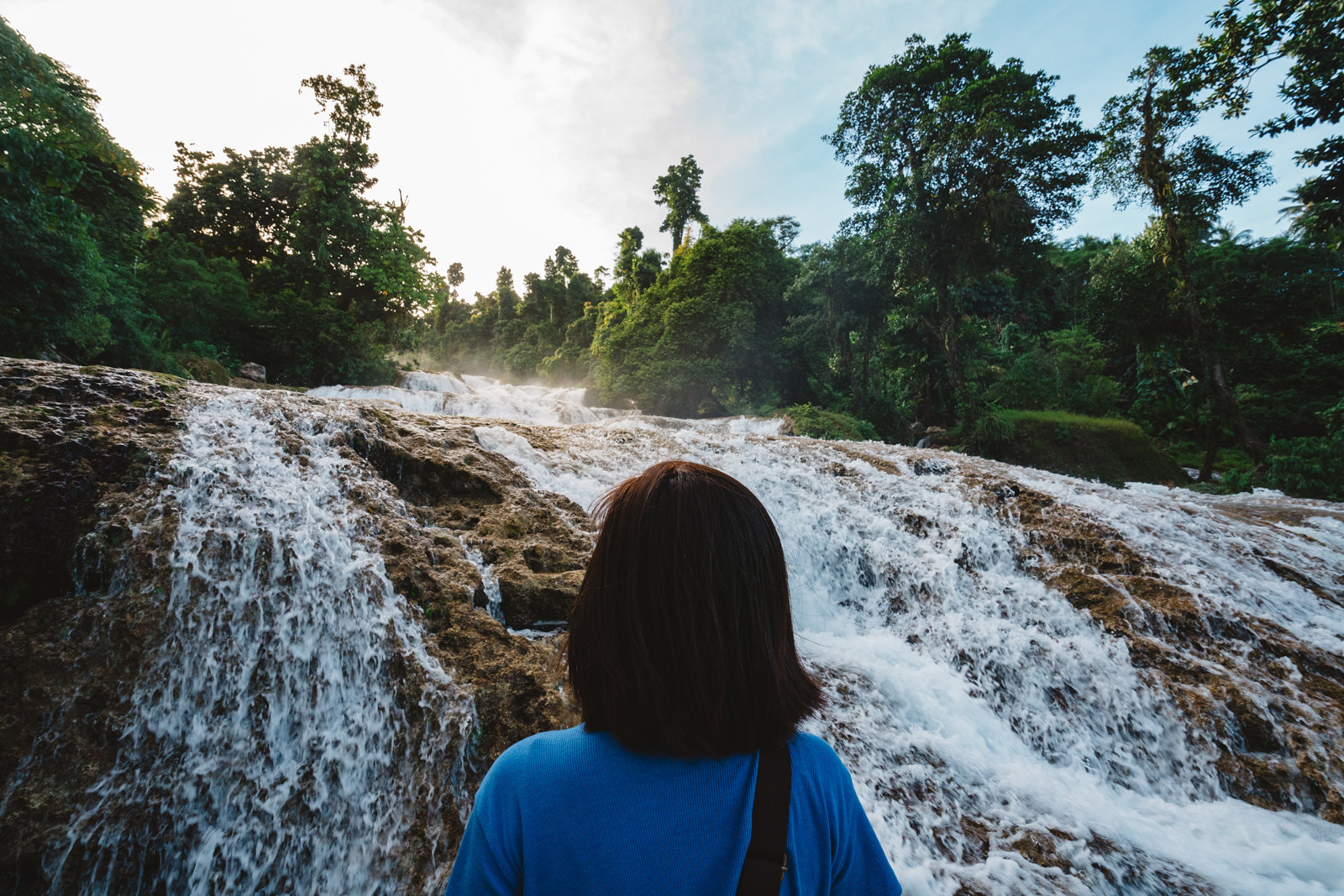 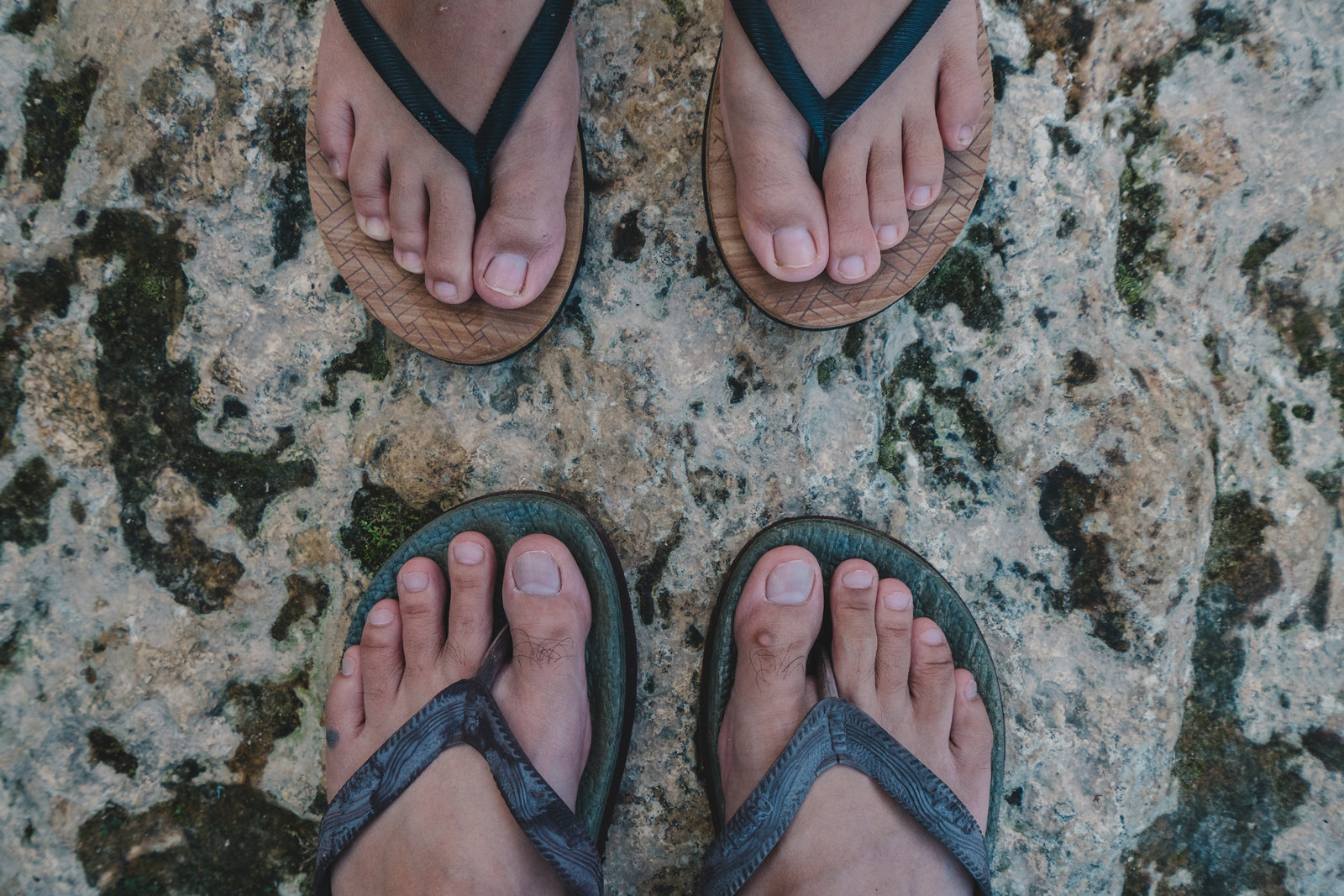 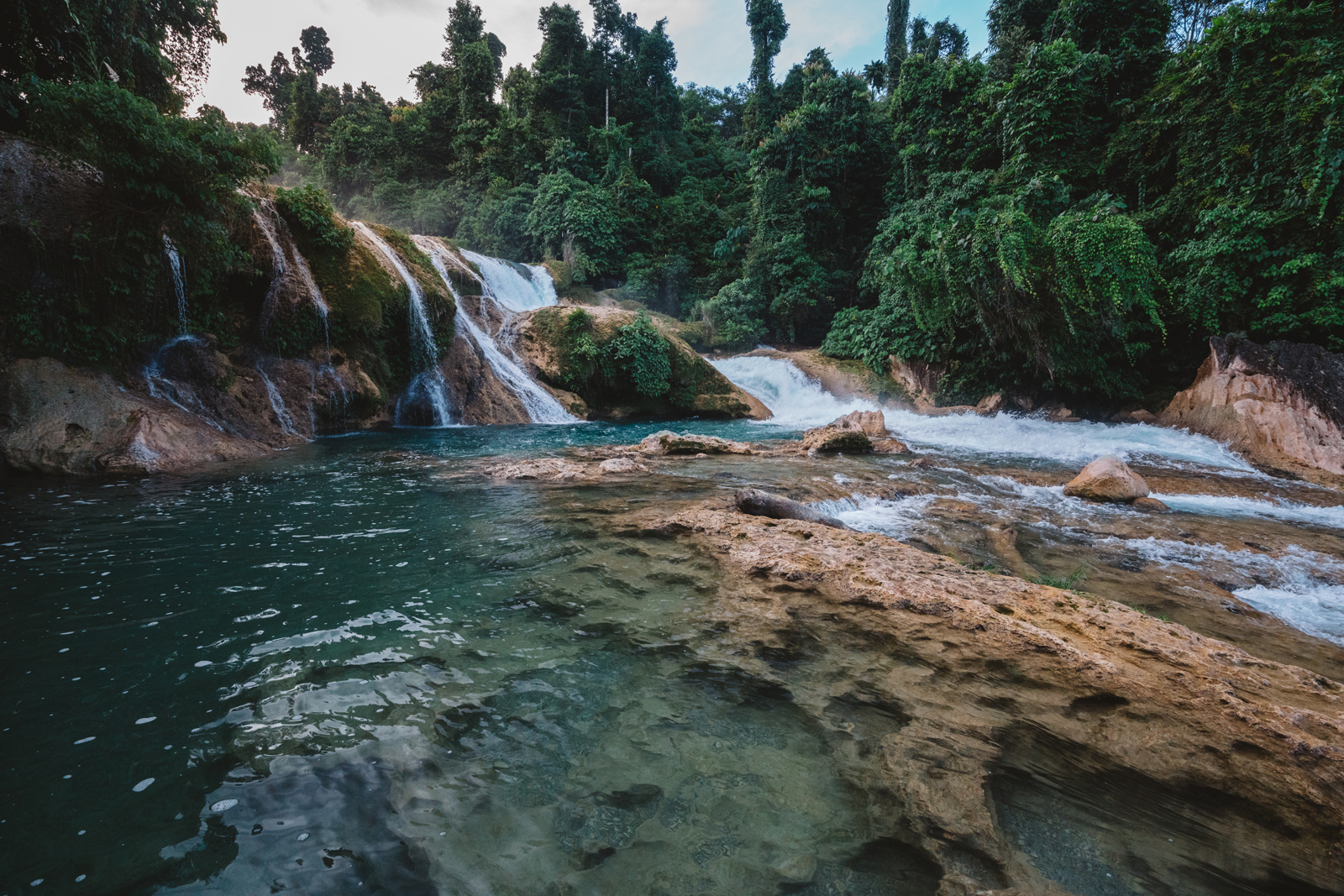 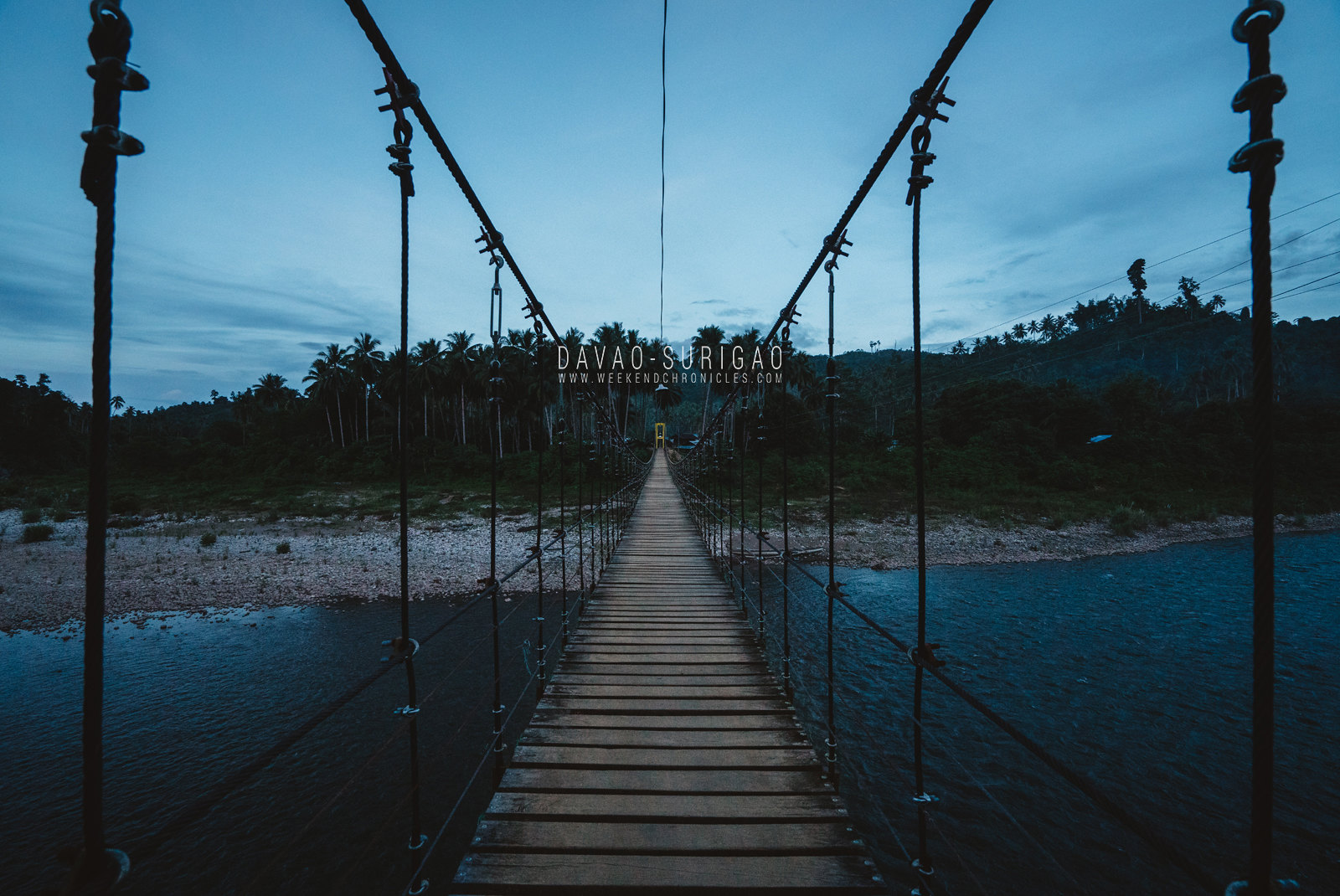 We went back to the inn and had the most delicious roasted chicken at Edward's Grill. Do not miss this.

I would say Kuya Greg IS the best tour guide ever because during the wee hours of the day after, he took us to the Bachelor Bus terminal so we can catch the only trip to Mangagoy.

After an hour, he called us up and talked to the bus driver just to make sure we were going to be dropped off in Mangagoy safely.

Hinatuan is very famous for its Enchanted River. Facebook has this place all over everyone's feed. We knew it was going to be very crowded and we weren't wrong.

Honestly, I feel that the enchanted in Enchanted River is slowly fading away. I won't go into details because I don't want to ruin it for others. Maybe it was just very crowded at that time and the rain might have been a contributor too. 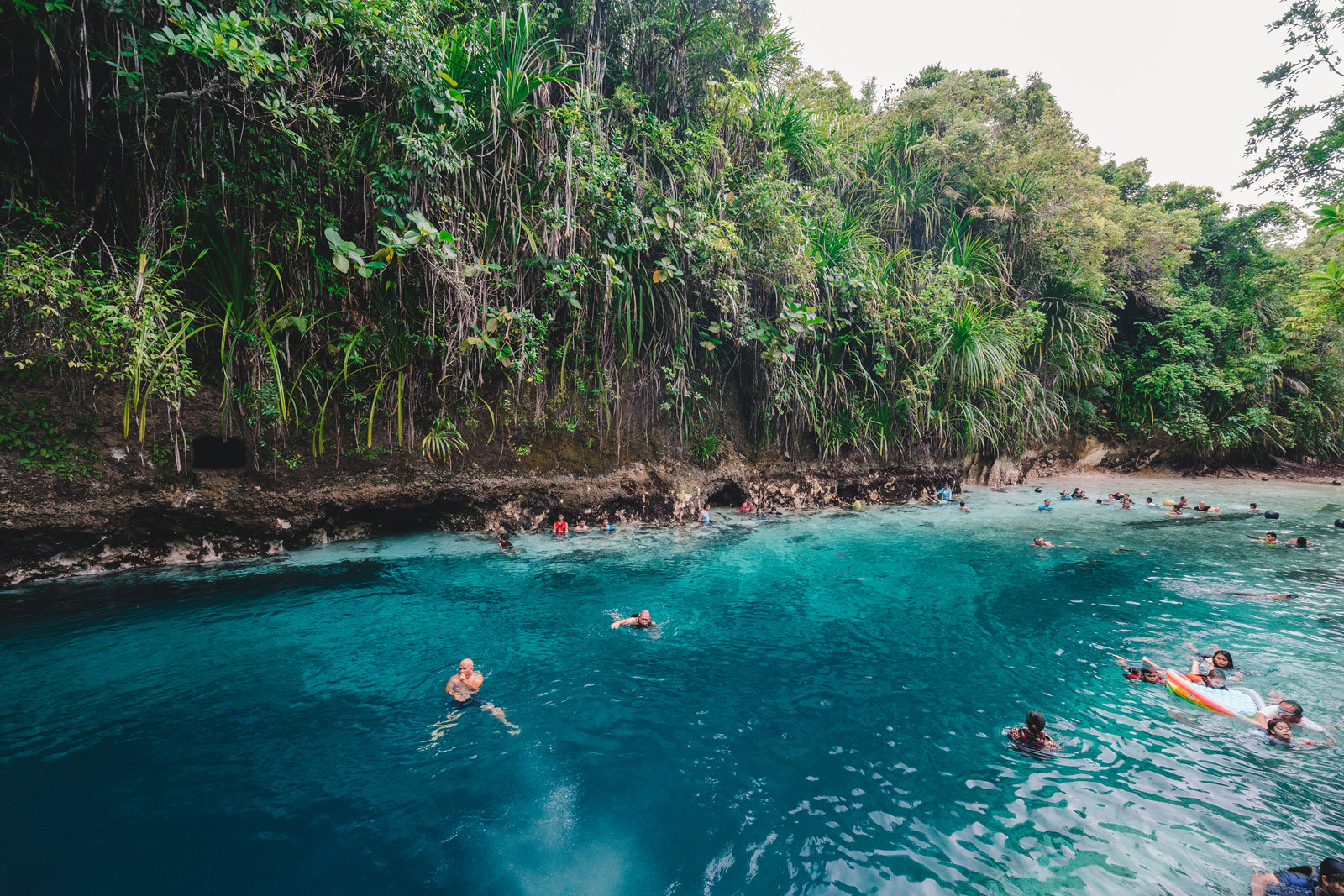 Feeling a little disappointed, we decided to explore further and go island hopping. We were advised to spend the night at Sibadan Fish Cage where we can swim with stingrays and other sea creatures. 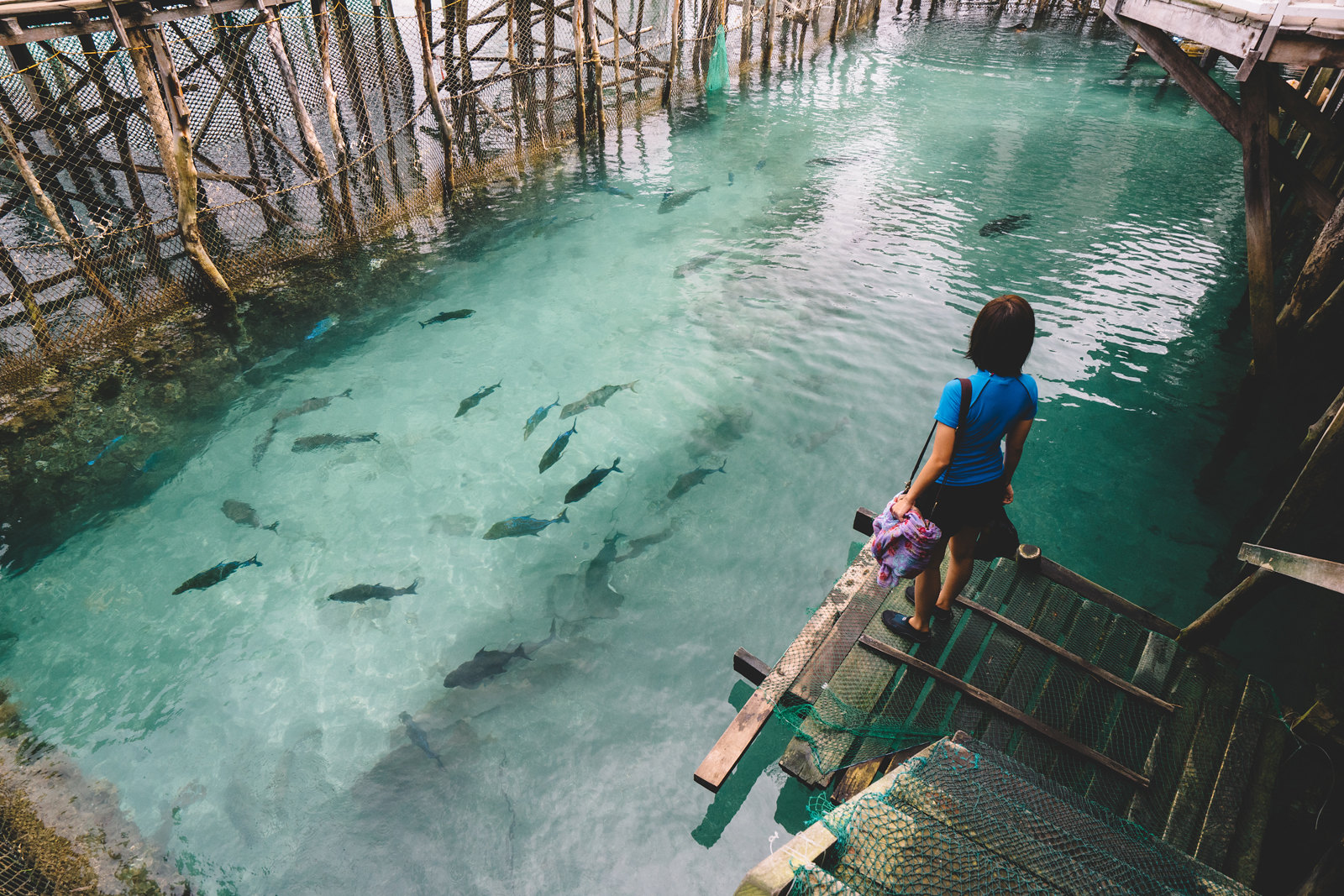 What we liked most about the tour was Tinago river. It's actually an estuary - an enclosed body of water where salt and fresh water meet. 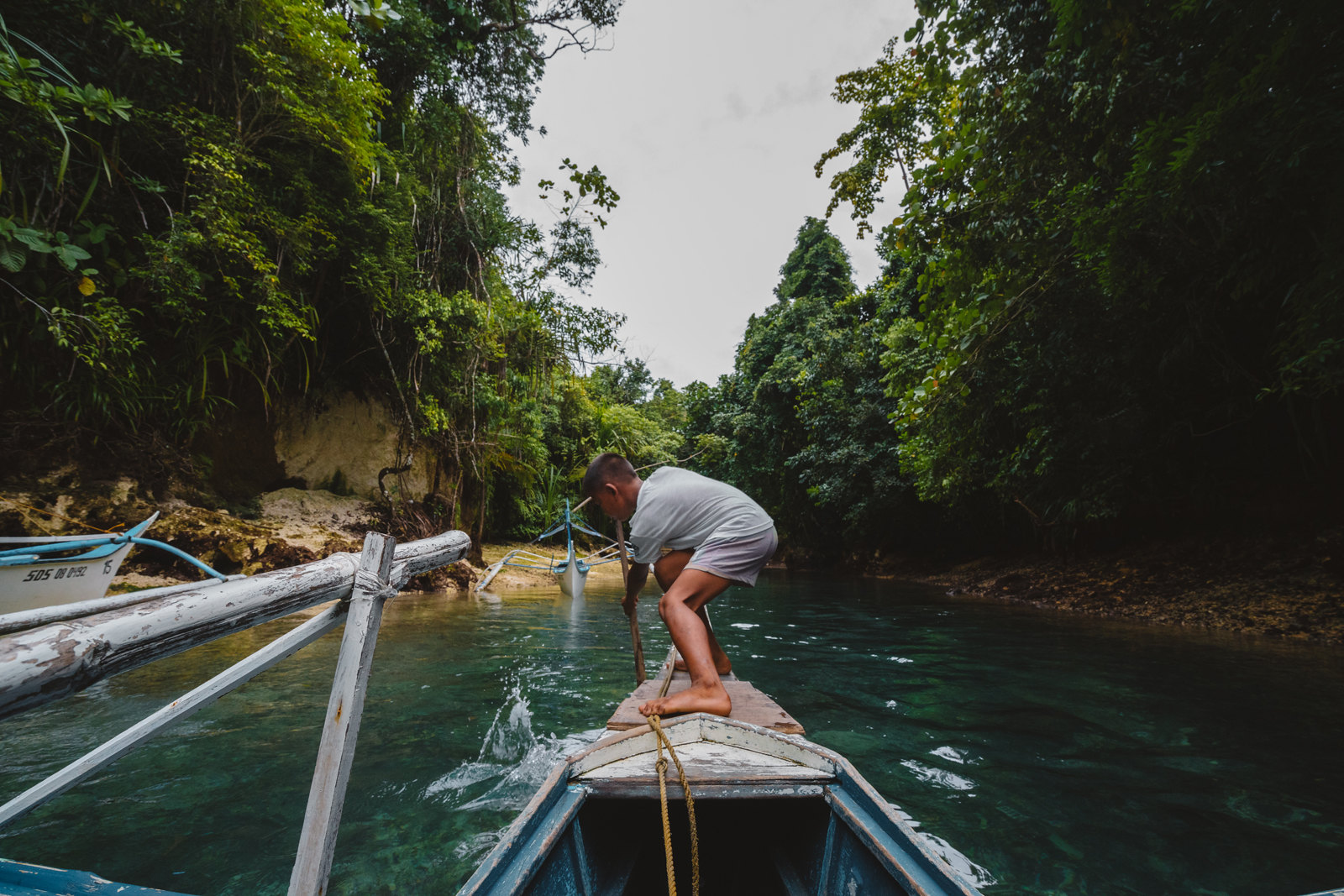 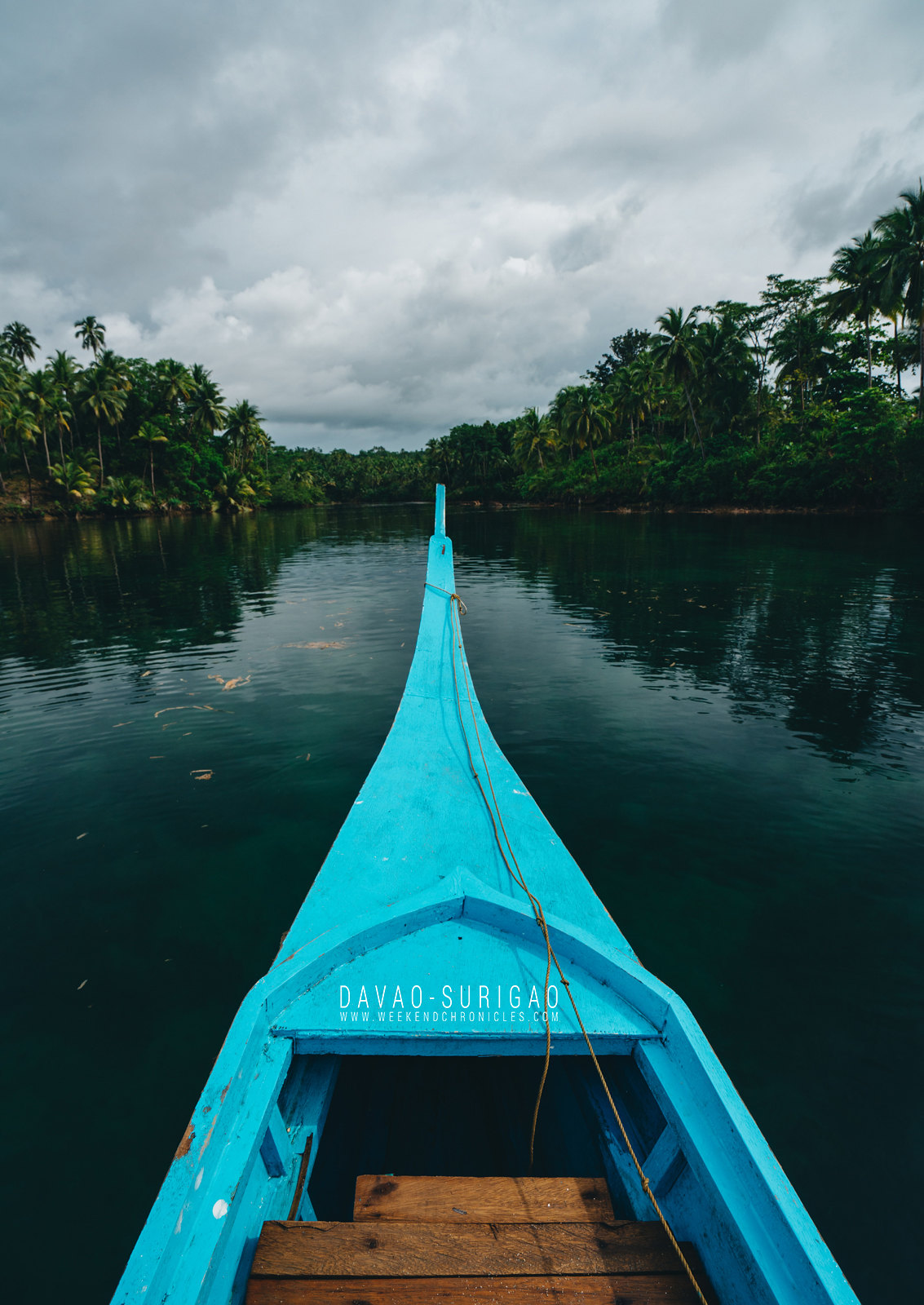 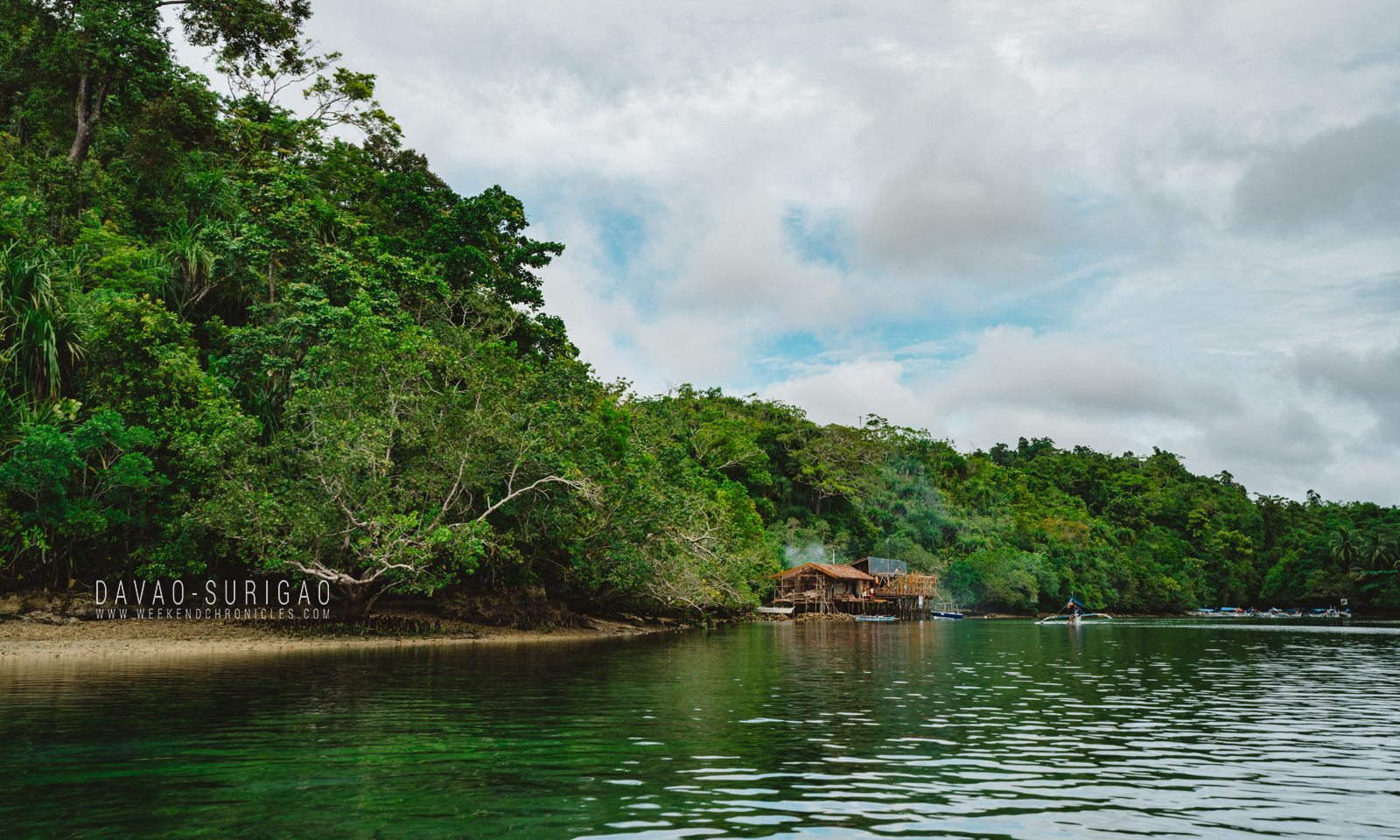 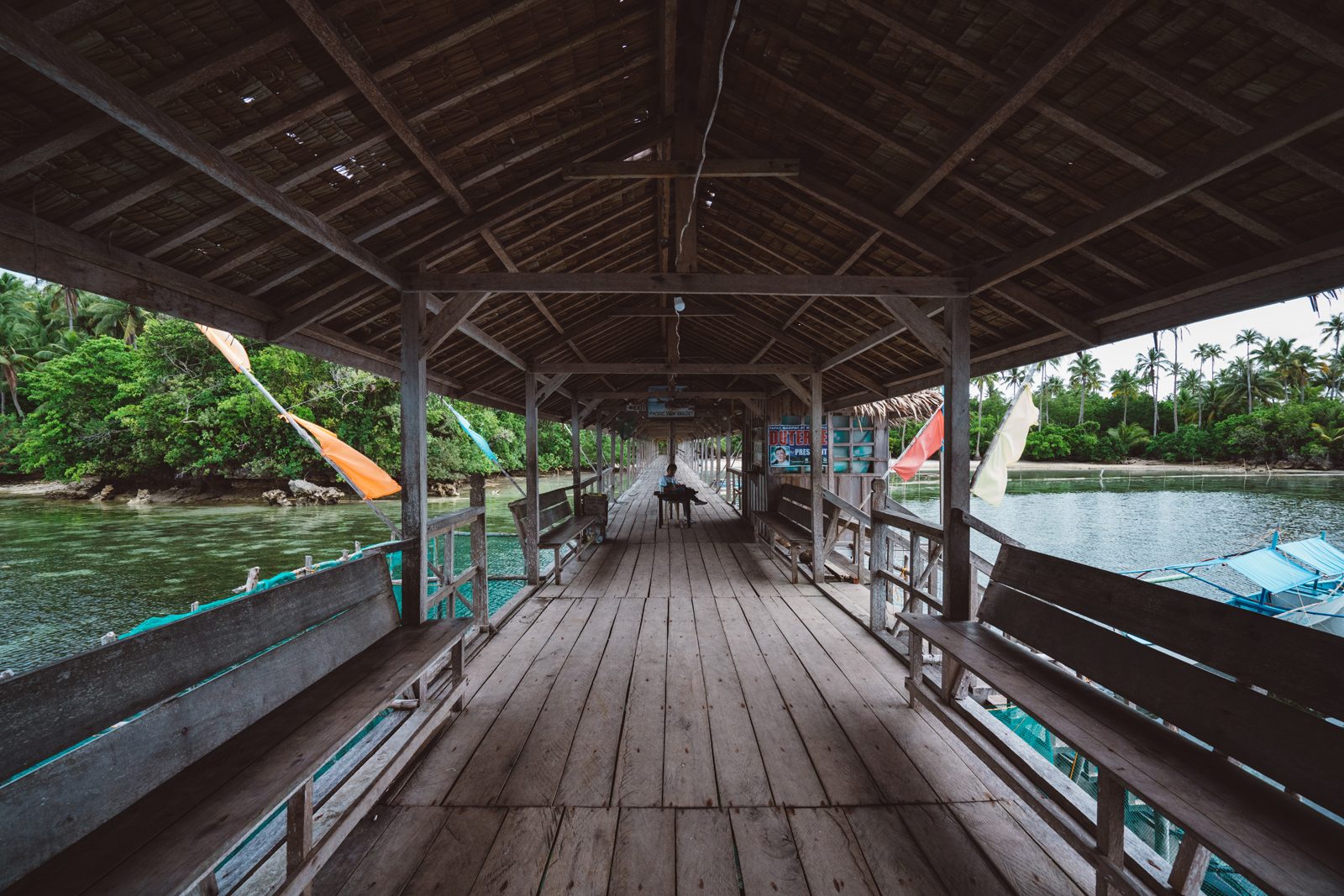 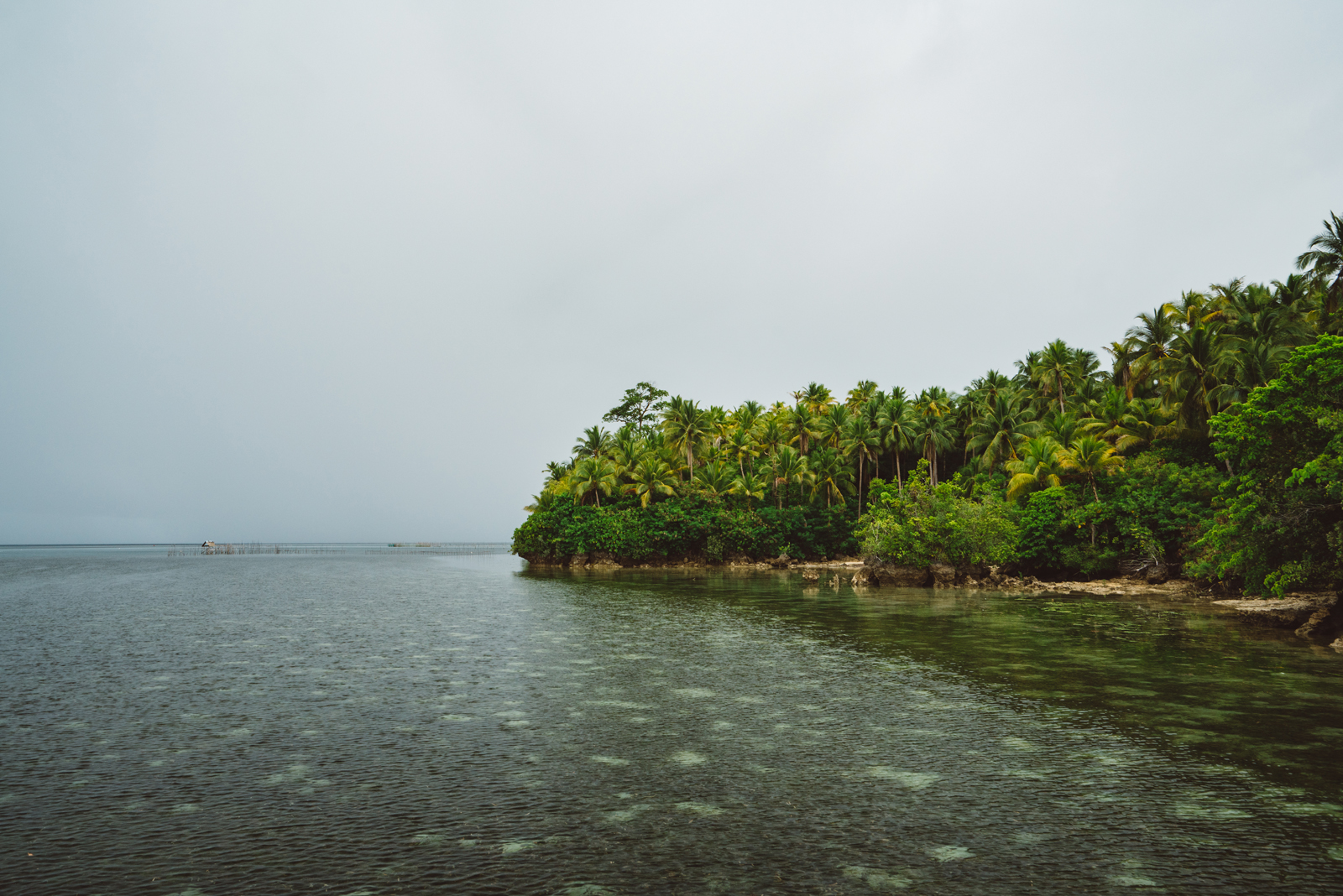 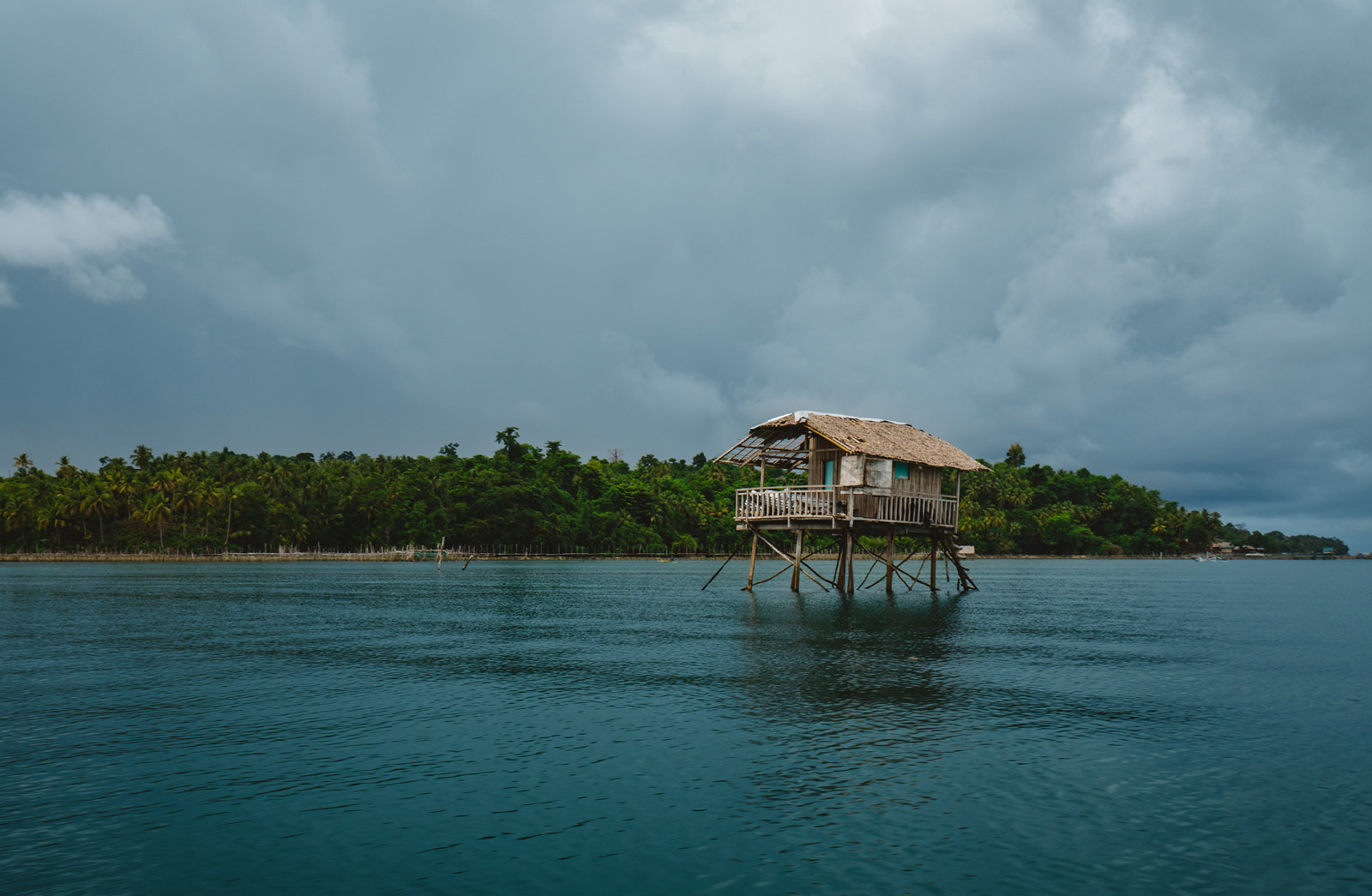 The weather was very gloomy so we just decided to go back and cut the trip since it's paid per hour, anyway.

After the tour, we feasted on seafood while in the middle of a torrential rain. It was an experience we'll never forget. The whole place felt like it was crumbling down.

The next day, we rode a van going back to Davao City which took around 6 hours. It was pretty interesting because before entering the city, we got stopped by the AFP to check our belongings and to make sure there were no terrorists in the van. Kudos to our soldiers for ensuring our safety.

We've learned so much from this trip. That Mindanao, despite its flaws, is still a hidden gem waiting to be uncovered. That luck may not be always by your side but when it is, it saves your life. And that whenever you have a shot, you just have to take it no matter what.

When it feels scary to jump, that is exactly when you jump, otherwise you end up staying in the same place your whole life. - Abel Morales

Weekend Chronicles is a travel photography blog created by two passionate people who uncover the world usually during their weekends. We strive to share our experiences the way we see it. We might have gone to the same place at the same time. Sometimes, even with the same people. But it's our perspective that makes our experiences unique. That's what we want to share.

Do you want to collaborate or travel with us? Or just want to say hello? We love to hear from you!