Things got tangled the past few months. I left my job then got a new one. It's always a tiring process. I realized that it's been a while since our last weekend getaway. After all the hassle from quitting and finding a job, I guess the timing was perfect that we had our first trip of the year.

So after a week of anxiety and excitement, the day of our trip came. After landing in Dumaguete from our super delayed piso-fare flight, we immediately bought ferry tickets to catch the 10am trip to Siquijor. I have to say that it was the bumpiest ride I've ever had. Nene almost puked the whole trip.

After an hour, we finally landed in Siquijor. And the weather was perfect!

And it was the best damn port I've ever seen in the Philippines. The water was so clear you could see fishes swimming at the bottom. I immediately thought it was going to be a good trip. 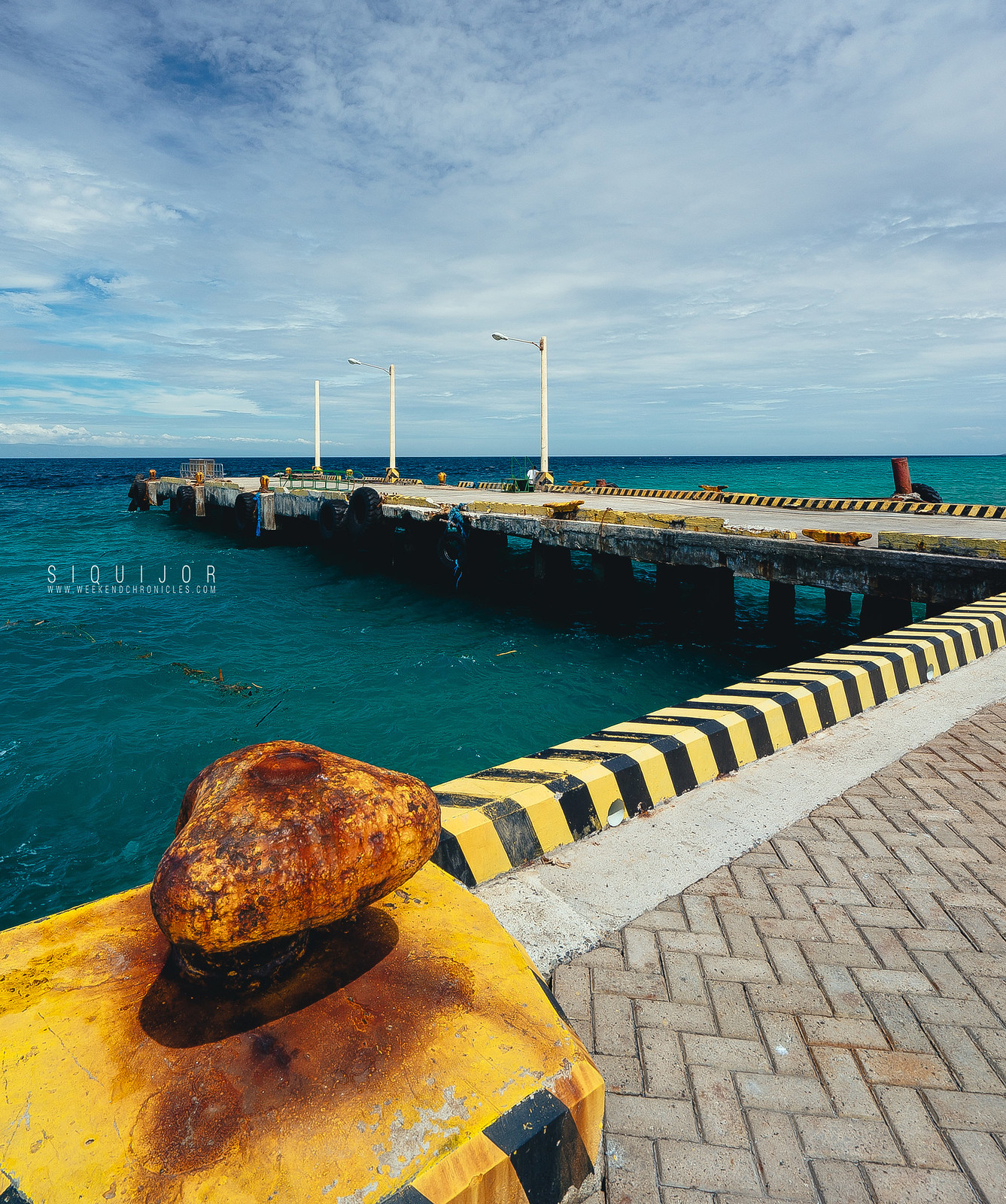 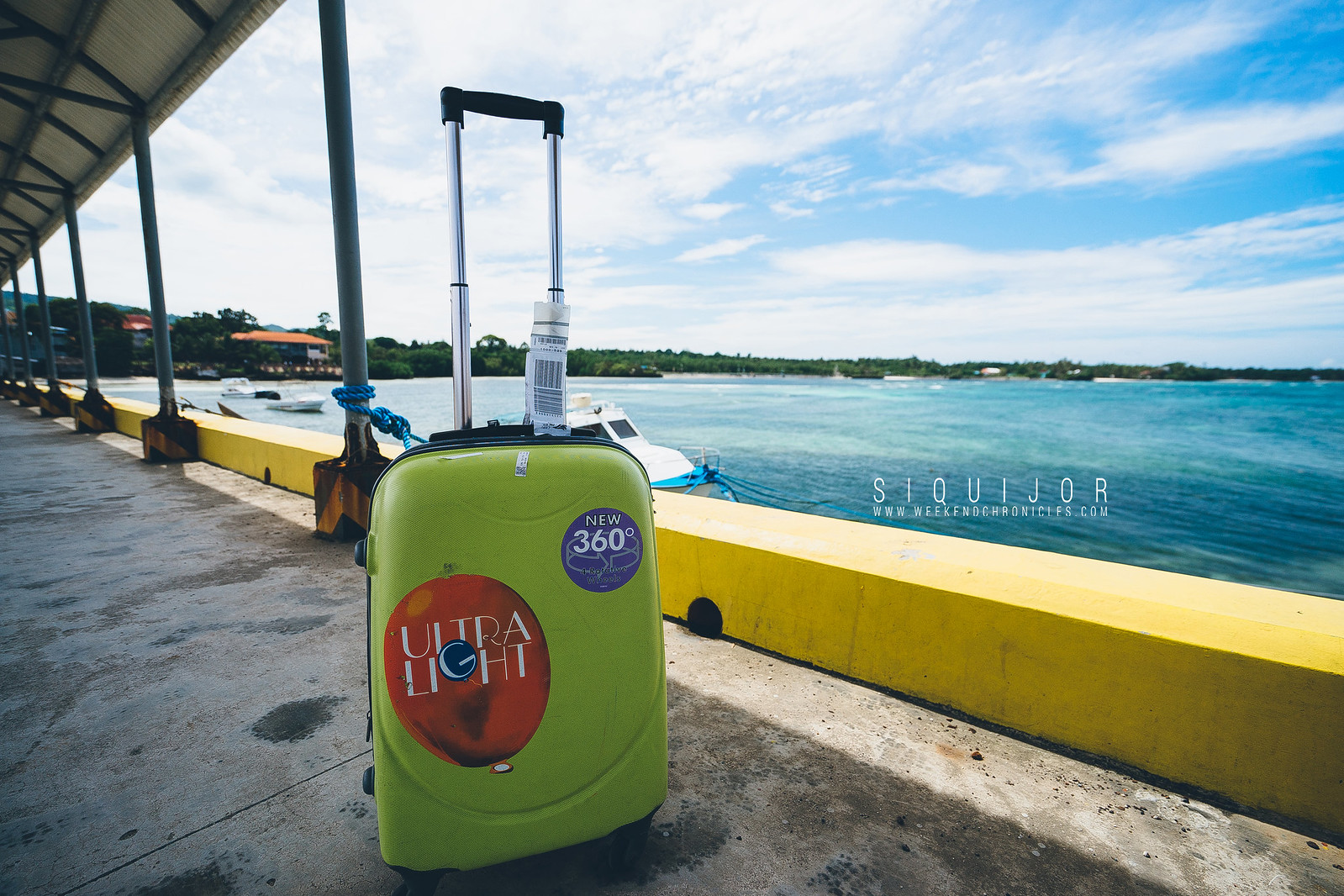 We got a tricycle to drive us to The Bruce, where we stayed for four days. It's an amazing place. Beach-front. Houses have complete kitchens. People were always smiling. And the shoreline was just serenely perfect. 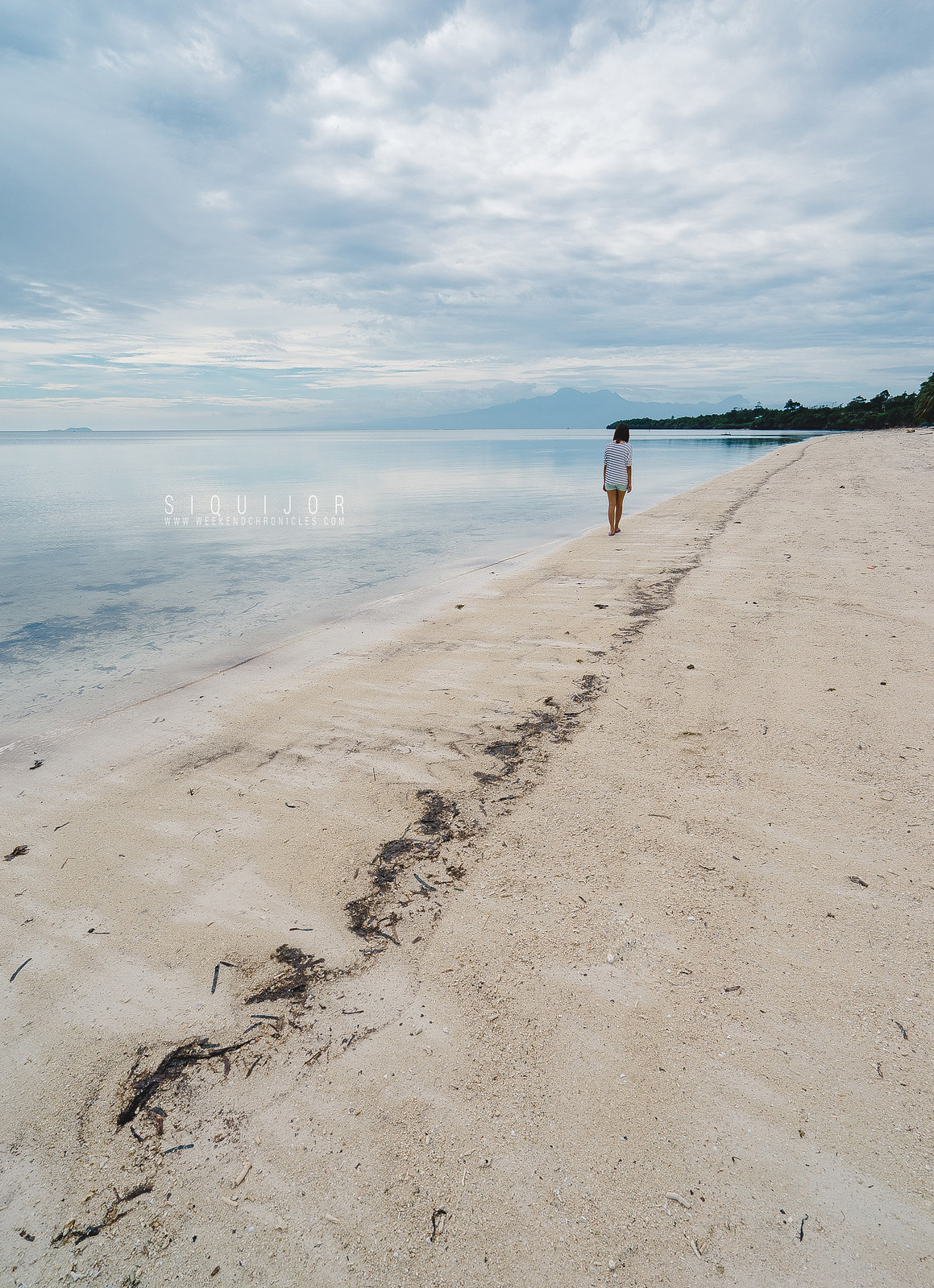 It wasn't that clean, yes, but you'll find that most inns in Siquijor have the same messy beachfront. It's something that can be improved.

We rested on our first day. At last, I could finally lie down on a hammock beside the beach! And watch the coconut leaves dance away through the cold breeze. 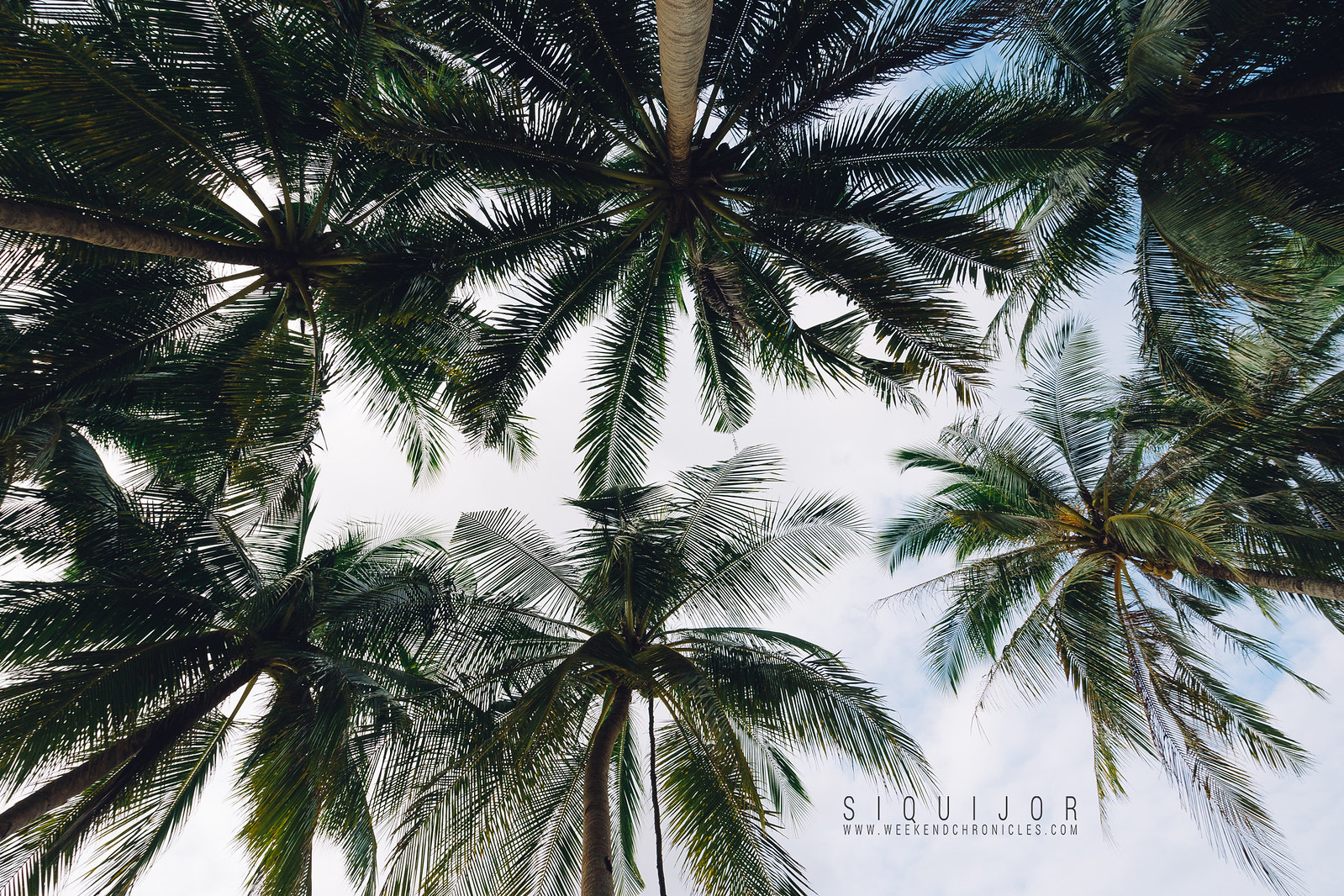 The Bruce btw has a sister inn called The Sylvia. It's not beach-front but it's their dining place. Food was okay. Price range of food in Siquijor is around 150-250 per meal. Some are big enough for two, some are not. YMMV.

On our second day, we hired Joseph to drive us around the island. We were informed that it will just take you half a day to actually see the whole place and all of its nice spots. We were so pumped up since we just rested on our first day.

We hopped on our trike and off we go! 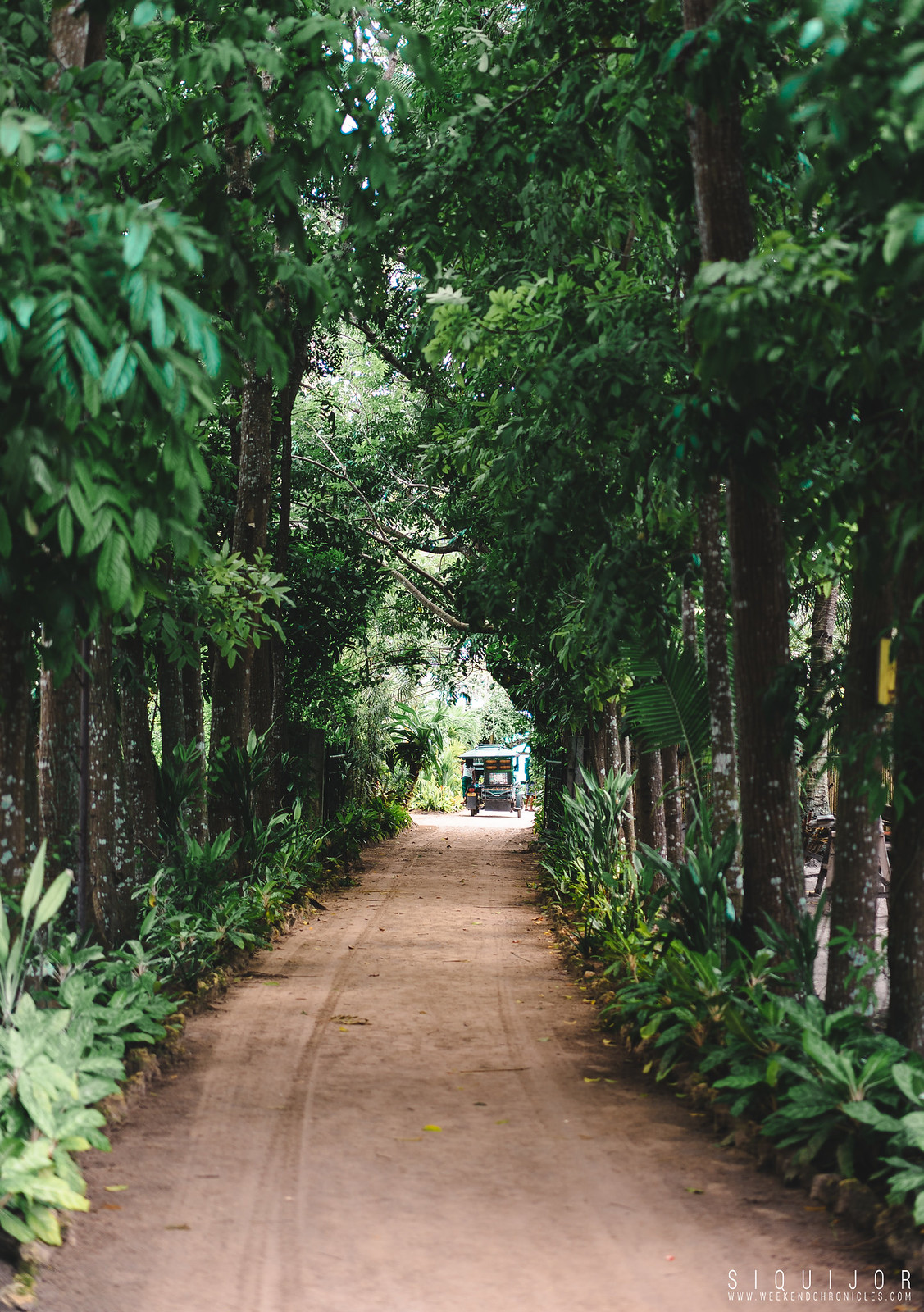 As we traveled around the province, dark clouds began to form. The sun did show up but only for a while. It was a gloomy day. Nevertheless, we carried on and made the most out of it.

After all, I've read somewhere that:

So we first got to this cliff in San Juan, beside a nice inn (forgot the name). They charged 150 pesos each (consumable) just for looking at the cliff. A gloomy weather, then this. But again, we carried on. It was worth it anyway. 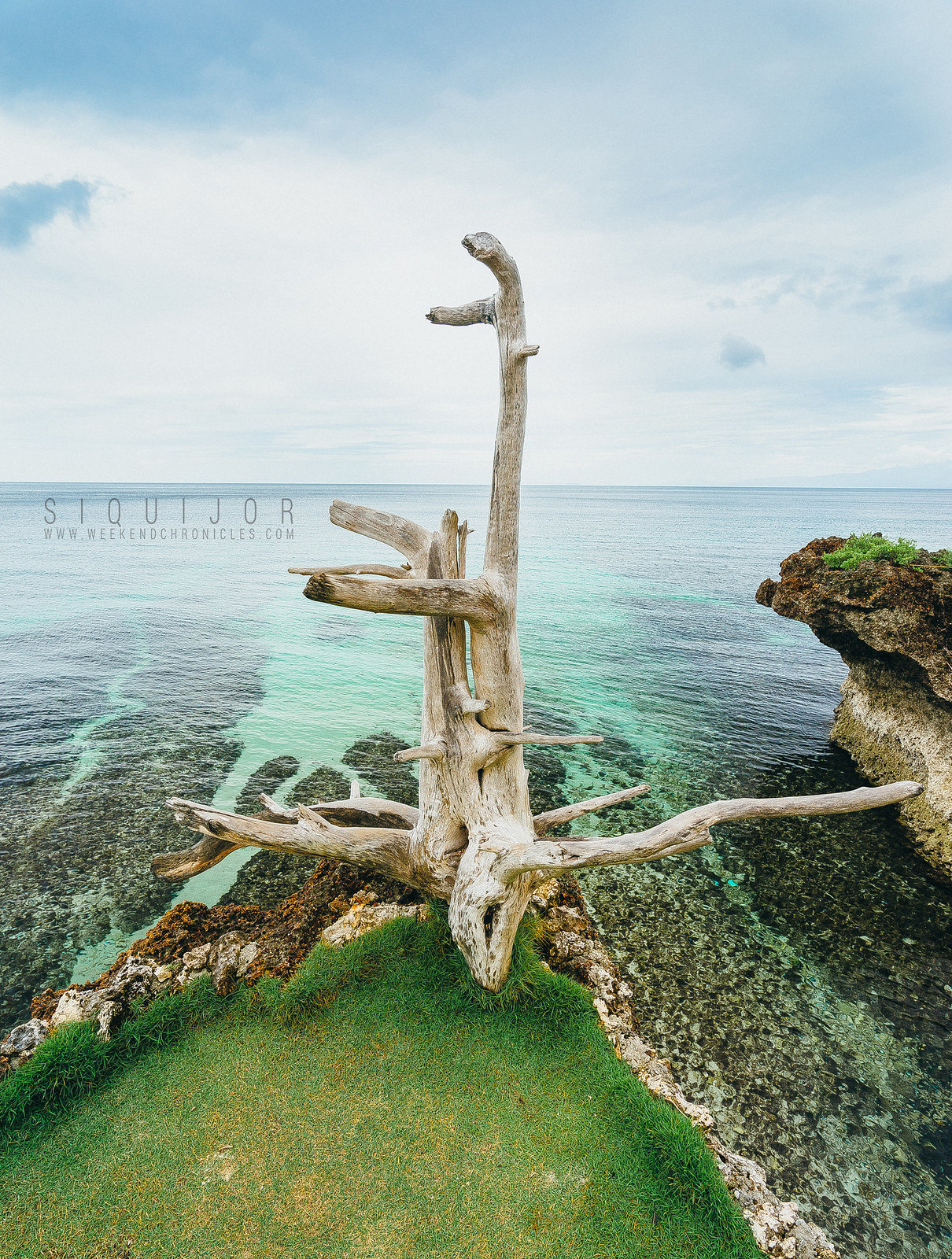 Then we went to the century-old Balete tree where we offered our feet as lunch to the fishes there. It was actually my first time to a fish spa, it was amusing and unforgettable. The fish spa in Manila Ocean Park is miles away in terms of cleanliness and natural vibe. 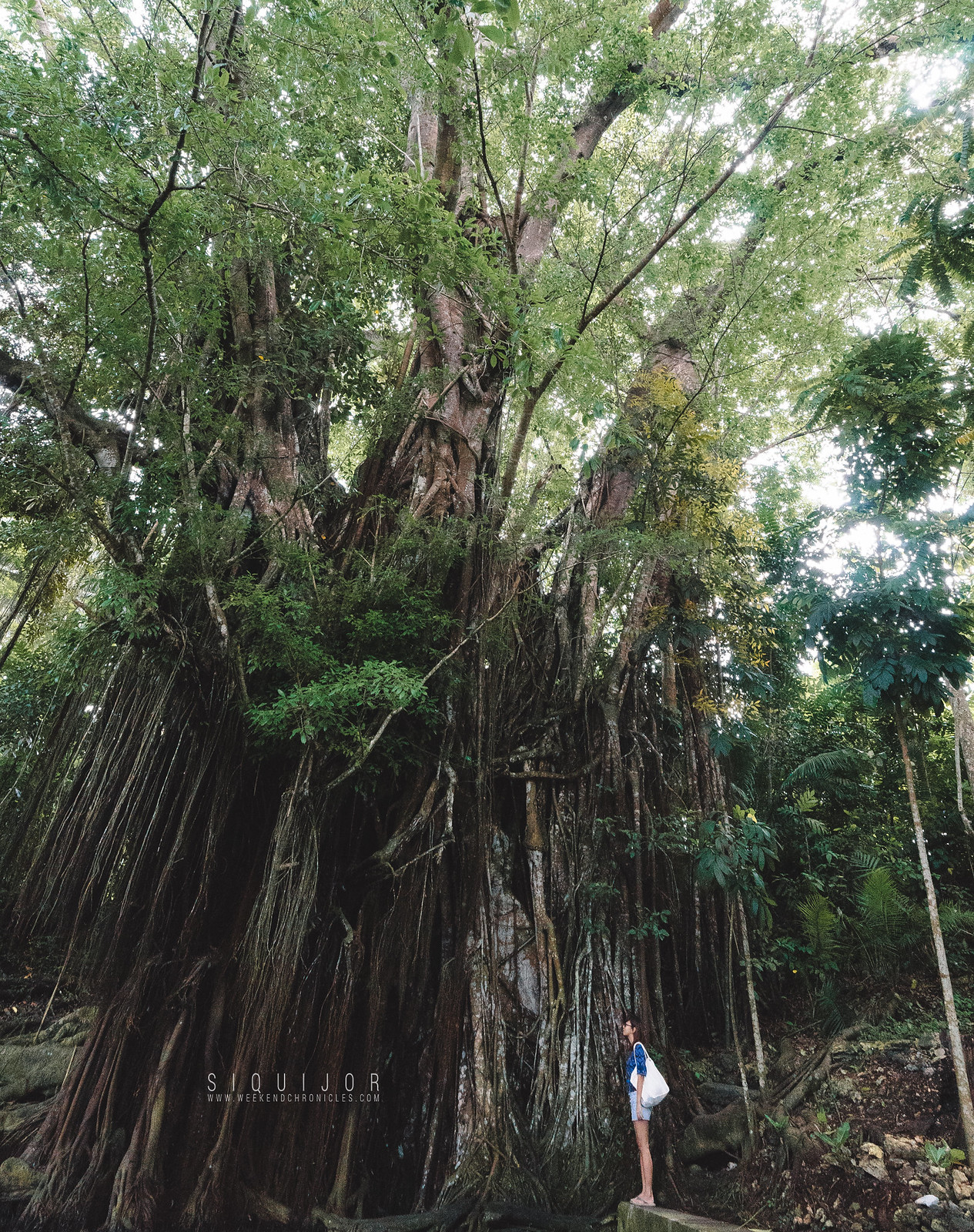 Then we went on to Lazi. Where the convent and the nice St. Isidore Church can be found. 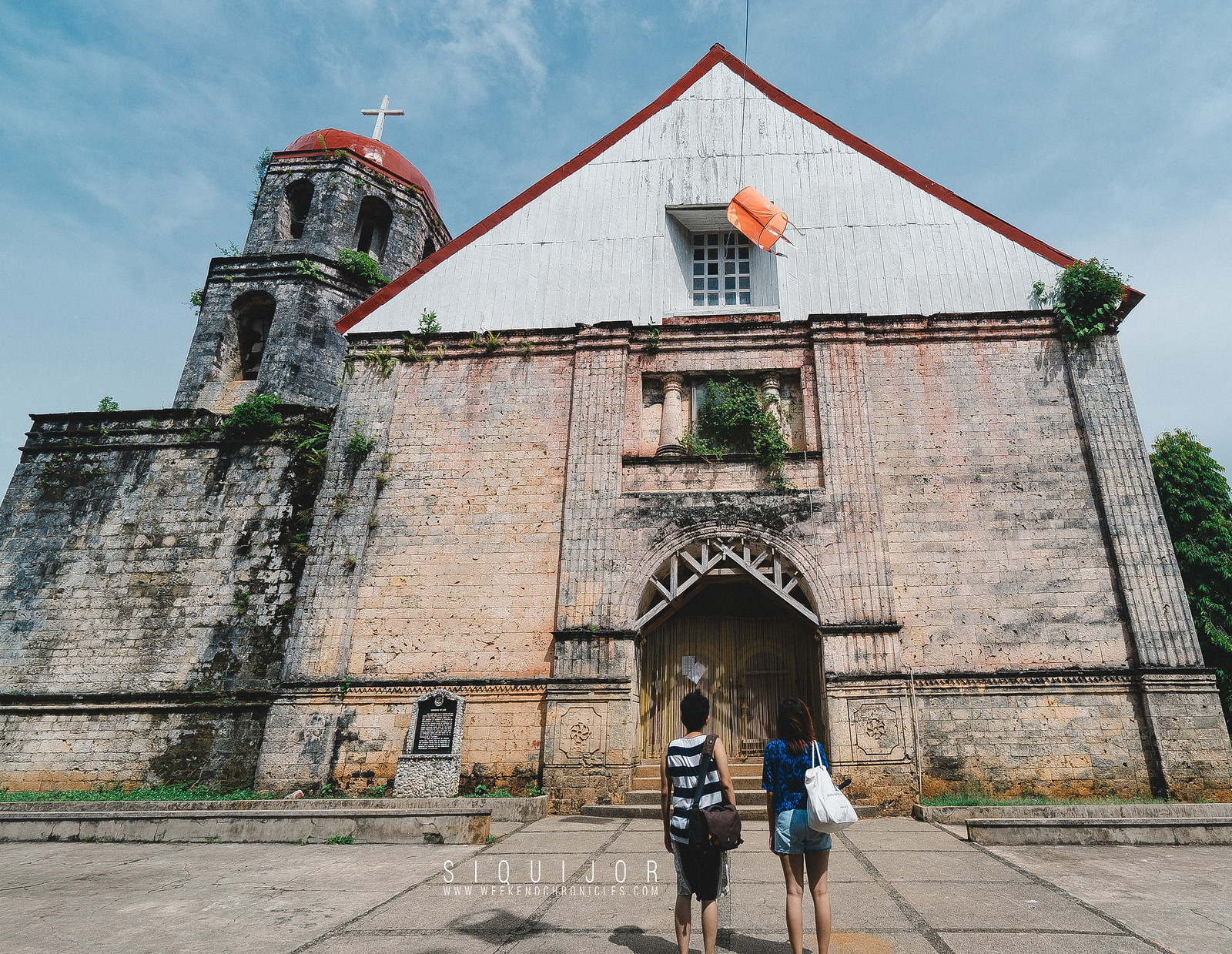 It's also where the paradise-like Cambugahay Falls can be found. It's famous for its Tarzan jump where you swing using a vine and jump into the water. I didn't try it because I wanted to take photographs more than doing that in that short span of time. My brother did try it, though. It was enjoyable watching him. :) 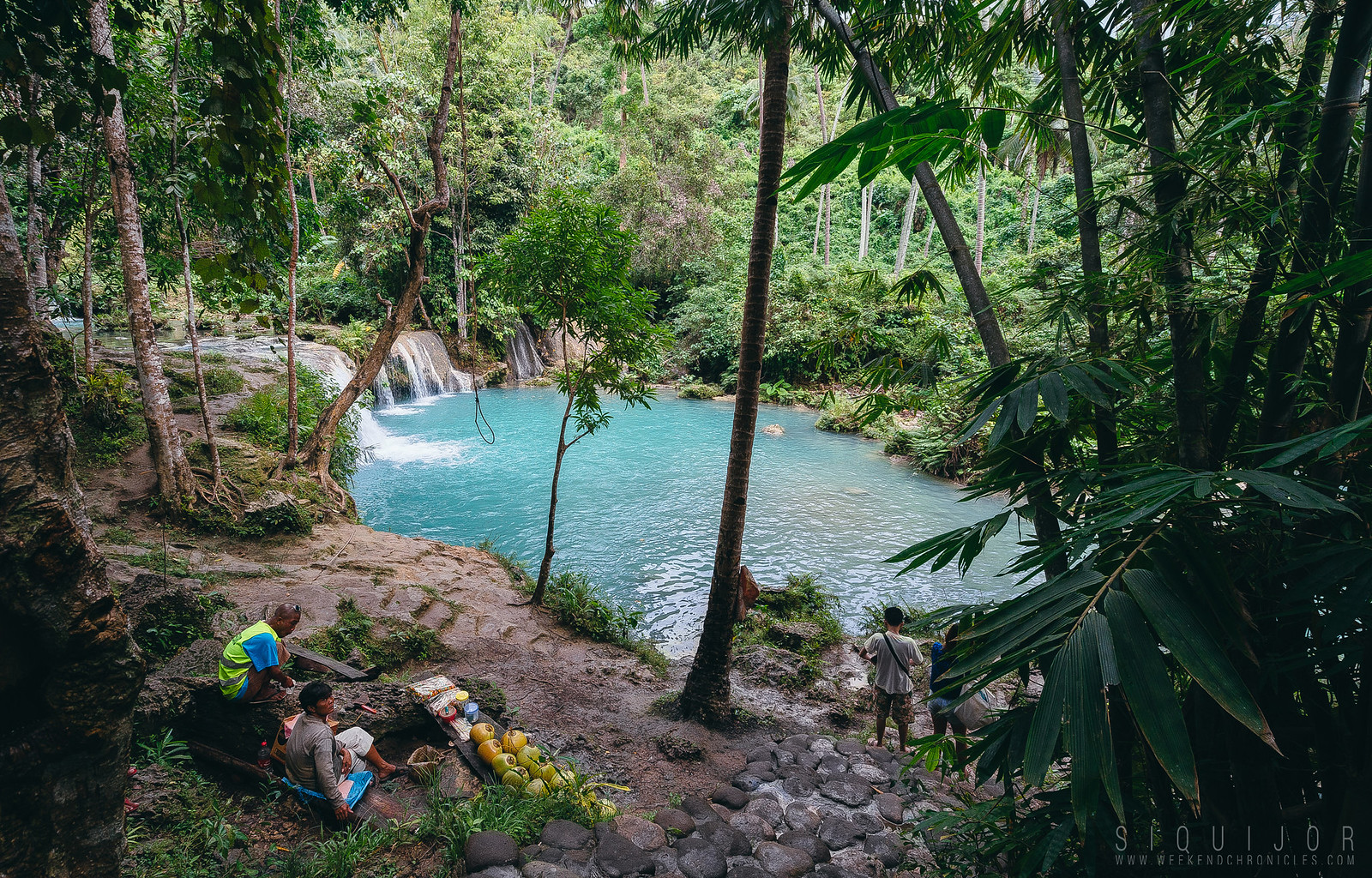 We weren't able to go to the infamous Kagusuan Beach as it was closed for some reason. So we skipped that and headed to Salagdoong Beach to eat our lunch. 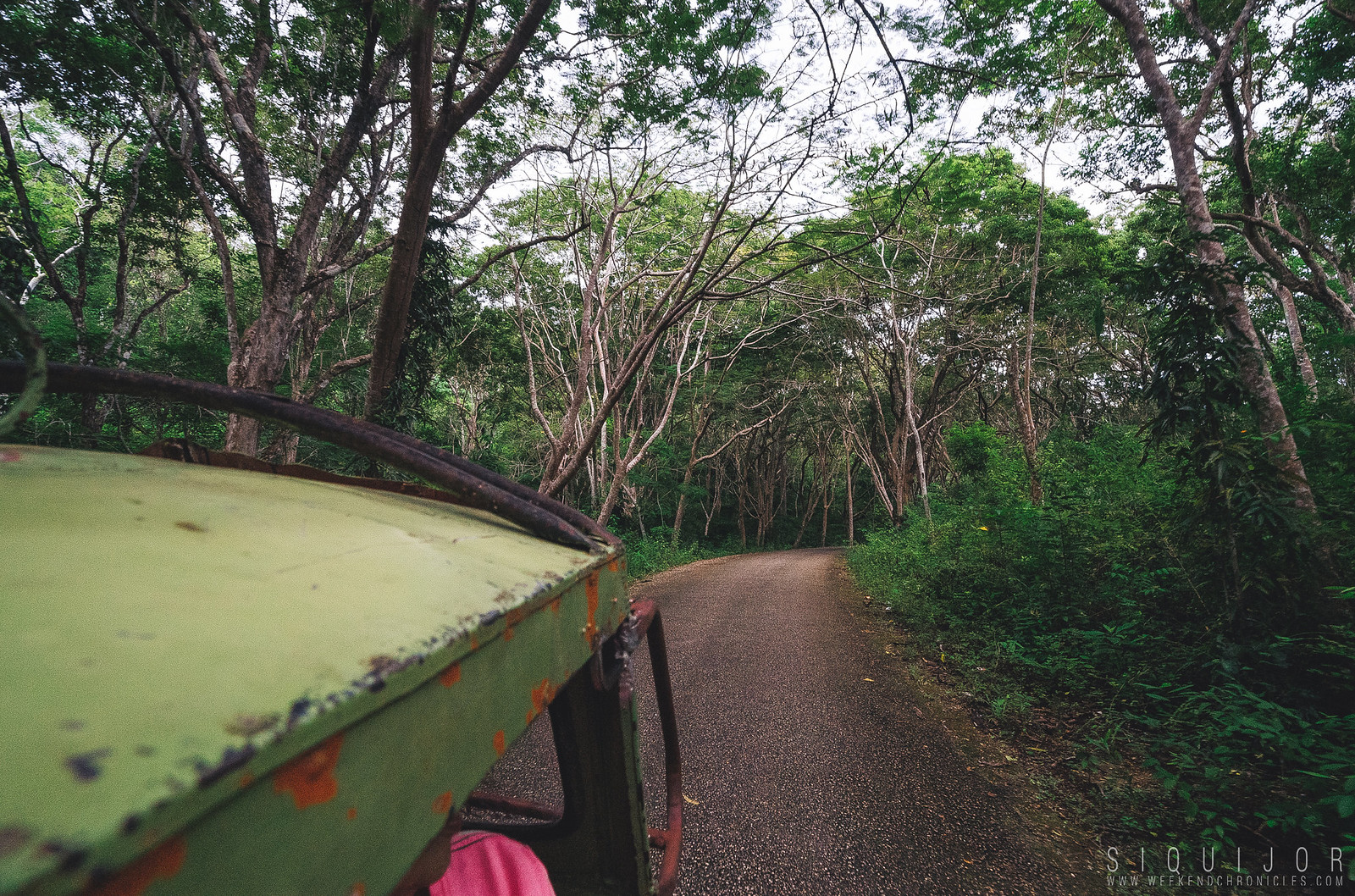 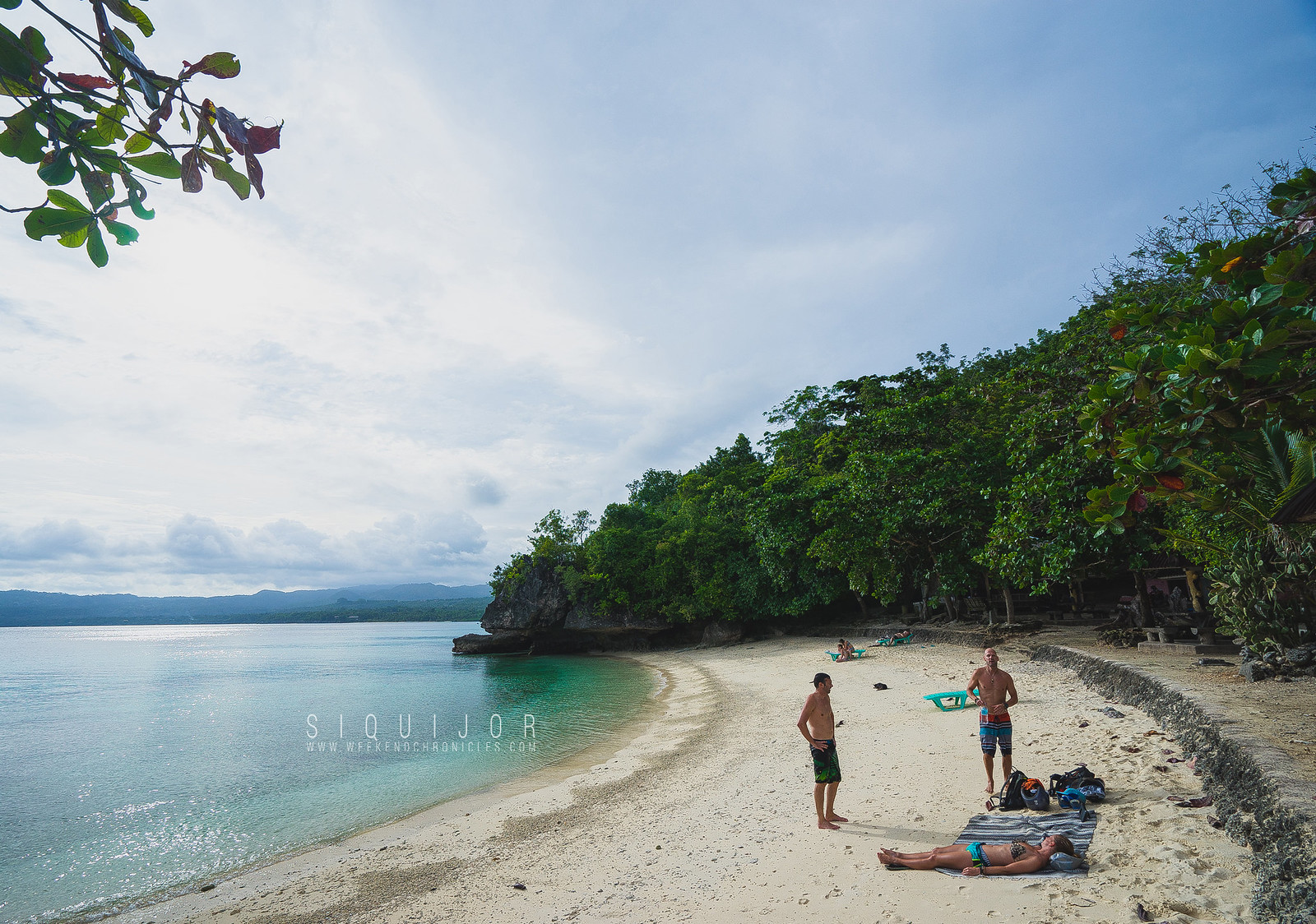 We didn't have enough time to swim anymore since it was almost raining. :(
Again, we head on like we're losing land.

Our last stop was St. Francis de Assisi church but before that we went to Guiwanon Spring Park where you can find rustic bridges and thick mangrove trees. It's just so amazing. 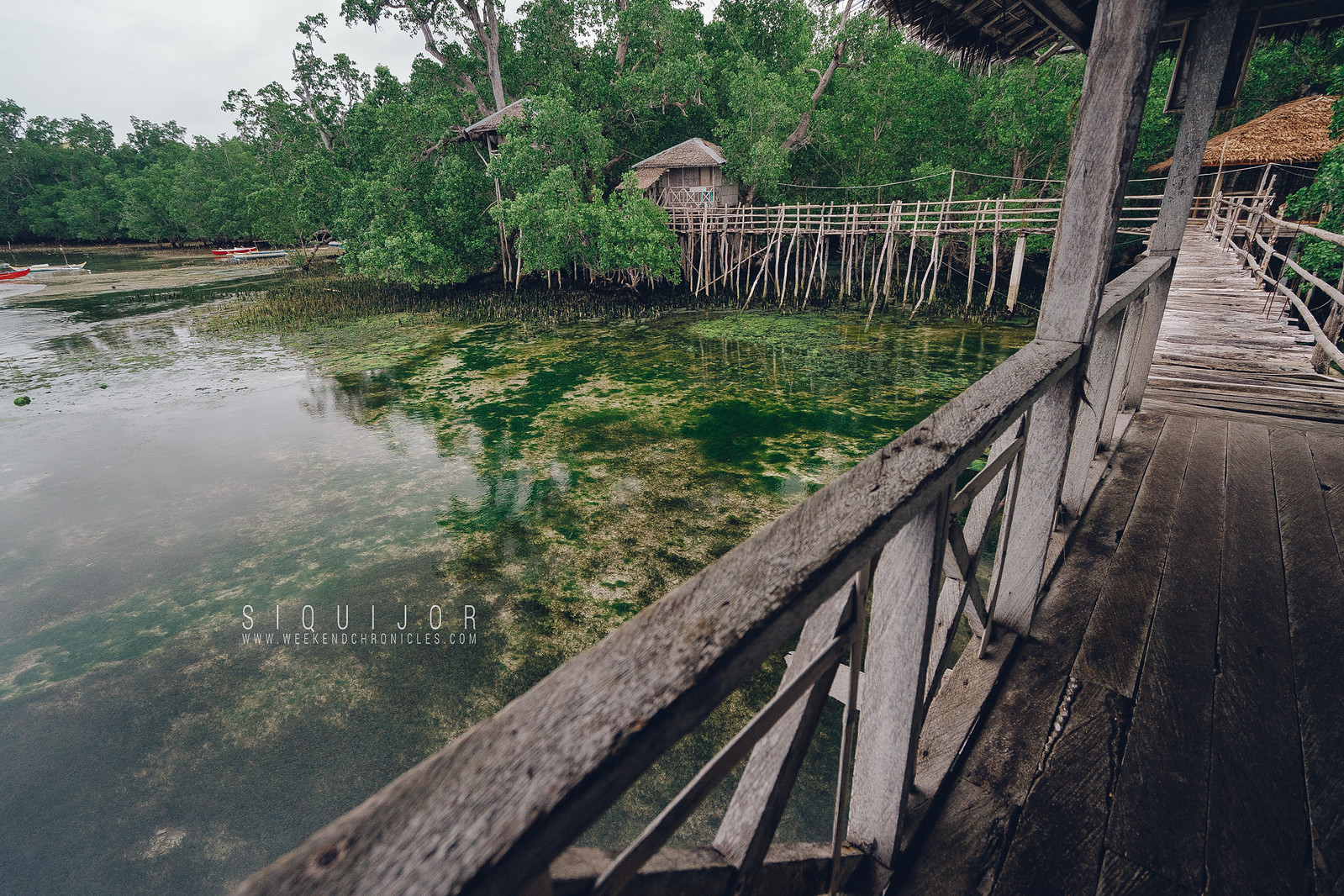 We headed back to The Bruce after and it rained for the next two days of our stay. The power even went off during our third day, but something really nice came up that time (I'll post about it soon). So we just spent the next days relaxing and eating. Not bad. Not bad at all. I could get used to that, really. 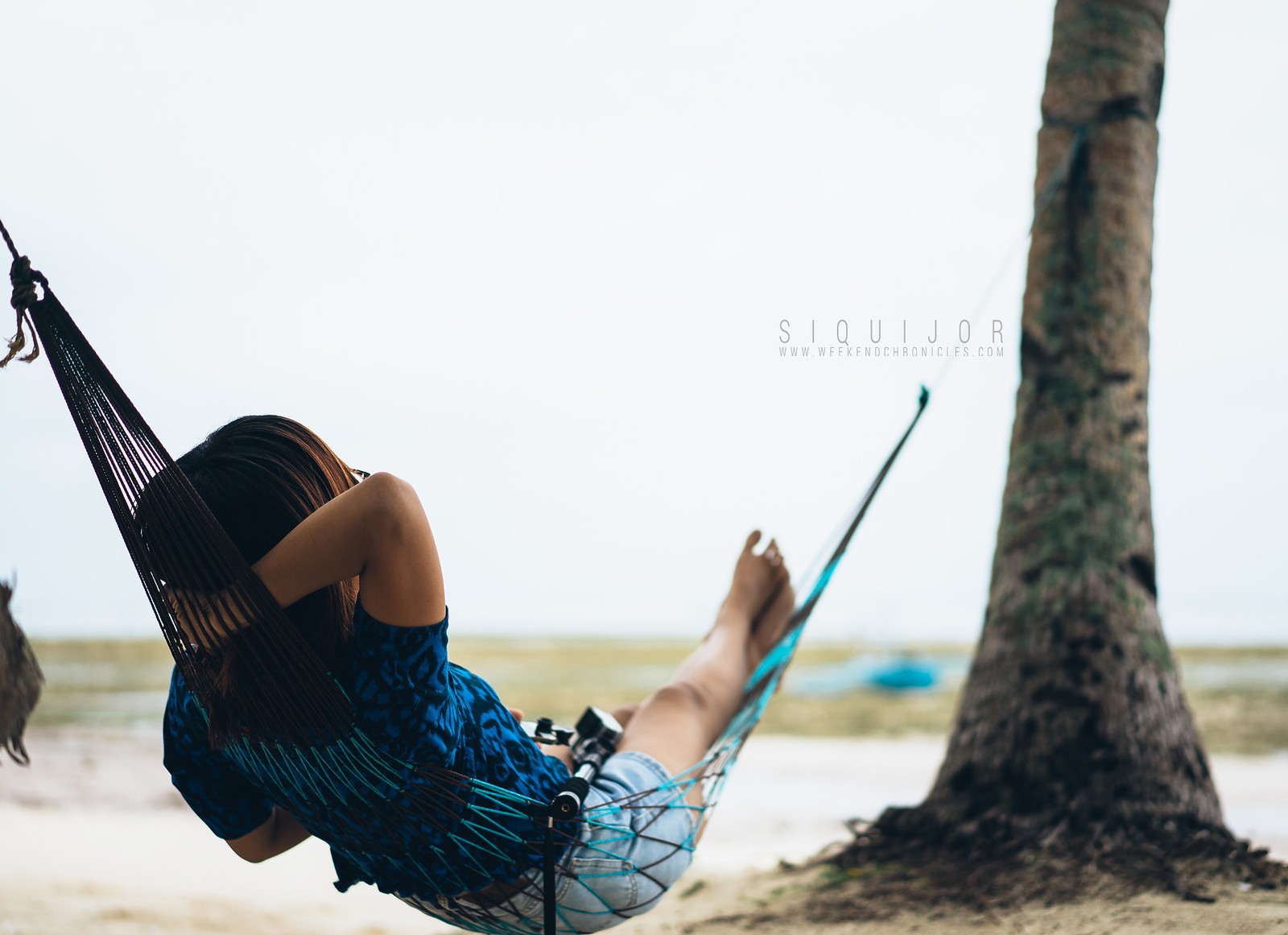 Since we got to this small island province, I've been thinking of a title for this post. A cheesy one, really. And as we disembarked, I sensed something in this island. Something special. Sounds corny but, it's true. Then as we went along, I immediately noticed a lot of backpackers. I've always thought that backpackers have a thing in common -- it's that laidback, spiritual, soul-searching vibe. 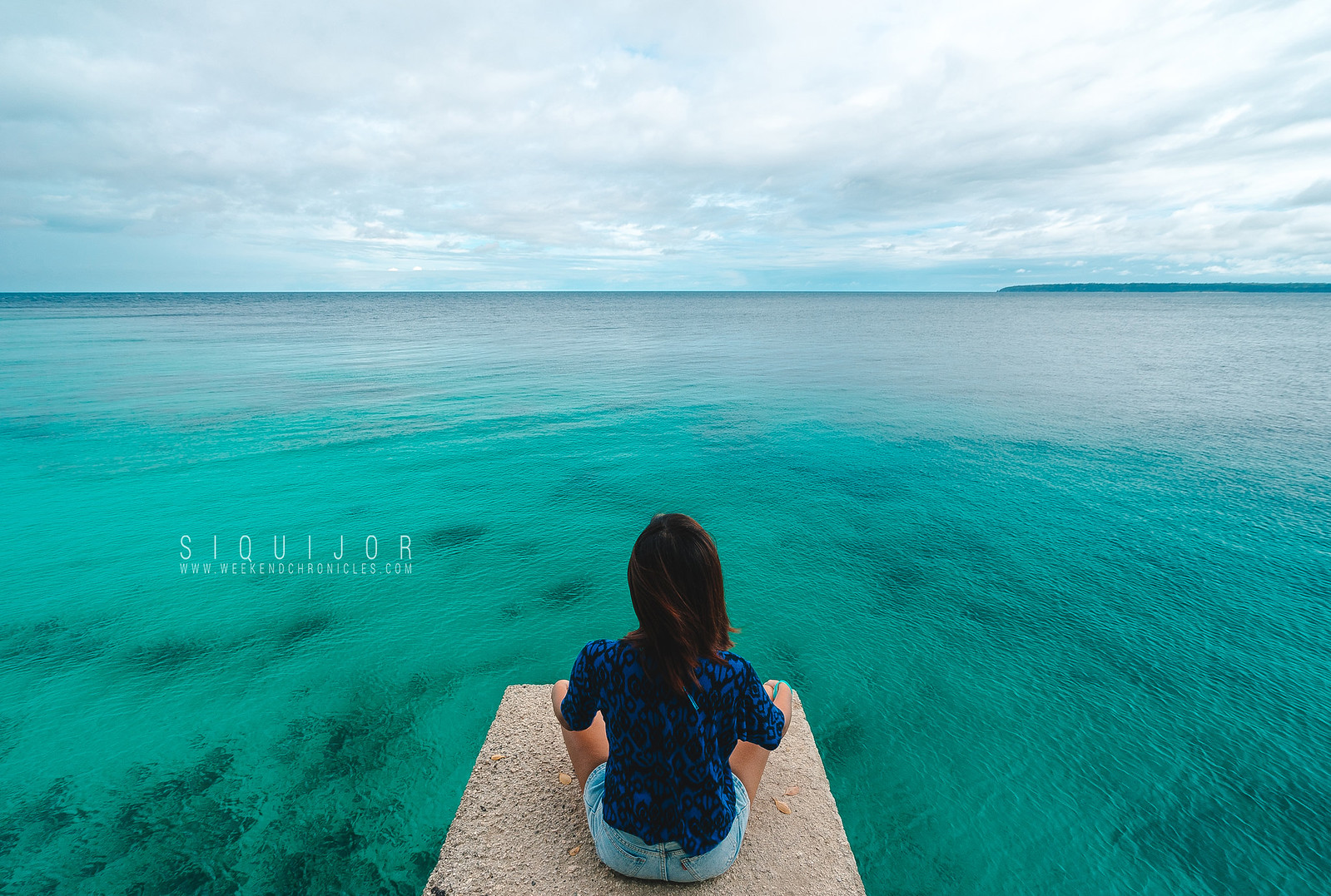