(Please read my edit below regarding issues people have experienced with Ate Jenn like we also slightly did).

We arrived late in Dumaguete thanks to Cebu Pacific's consistency when it comes to punctuality. 7am was our ideal arrival time which was just enough for us to travel to Bais and be able to catch the low tide, see Manjuyod Sandbar, and cruise with dolphins.

Instead, we arrived at 10am. Then, after leaving our bags at Harold's Mansion, we went straight to the bus terminal. 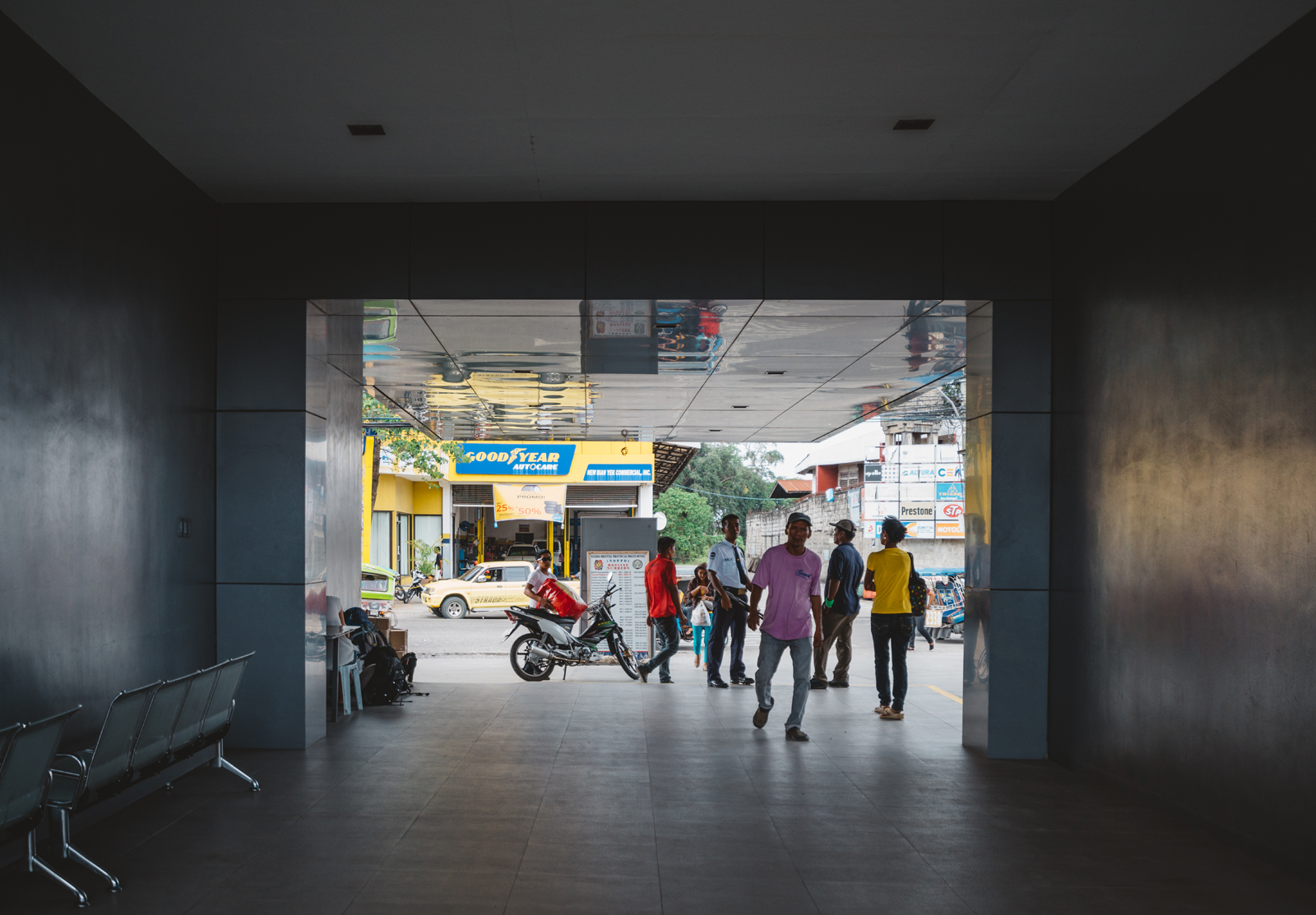 Ate Jenn wasn't there yet. So we called her and apparently, the food we had asked her to prepare was still being cooked. Obviously, chasing the low tide was already impossible. While riding the bus, when we thought our plans couldn't go any worse, it rained. And it poured hard. 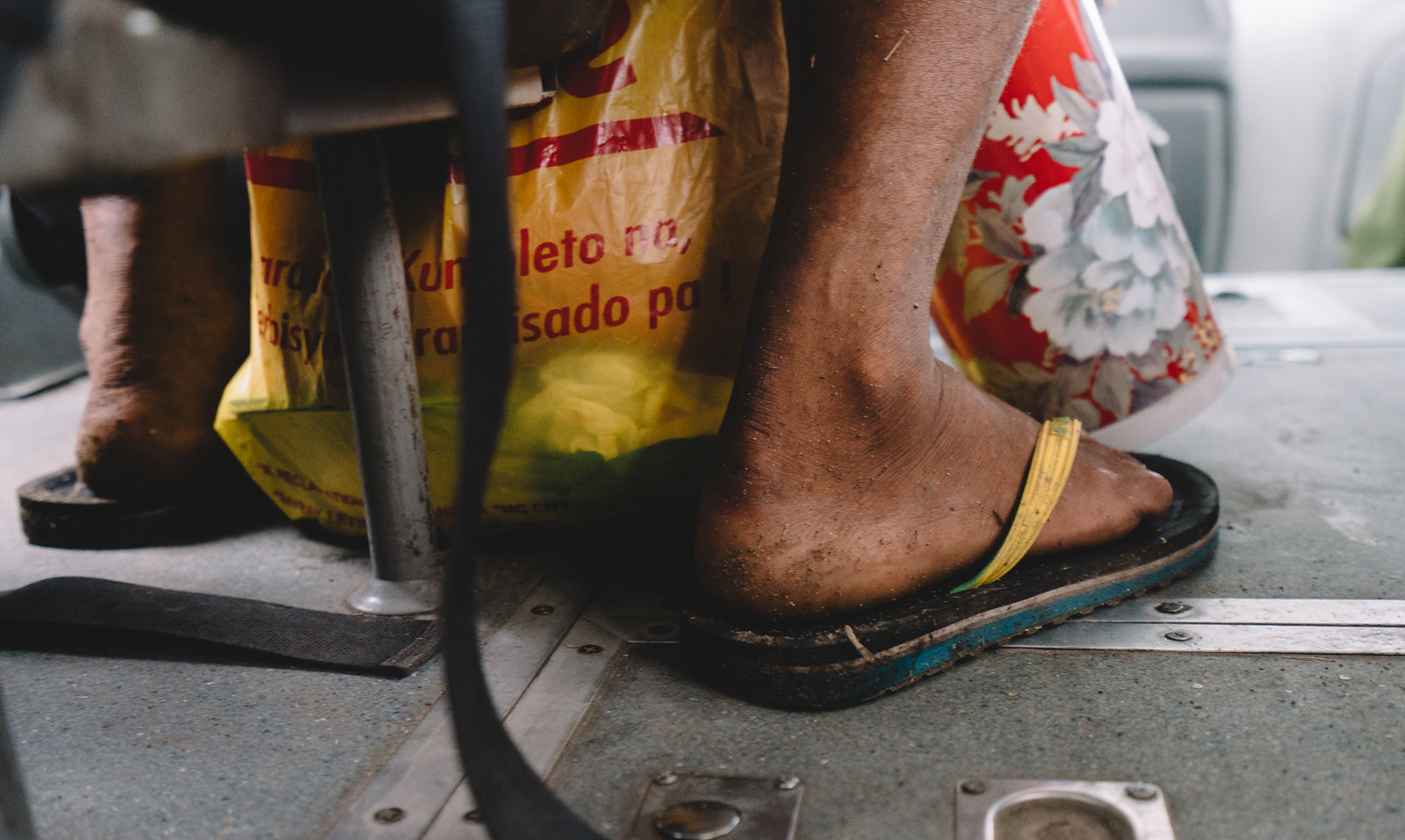 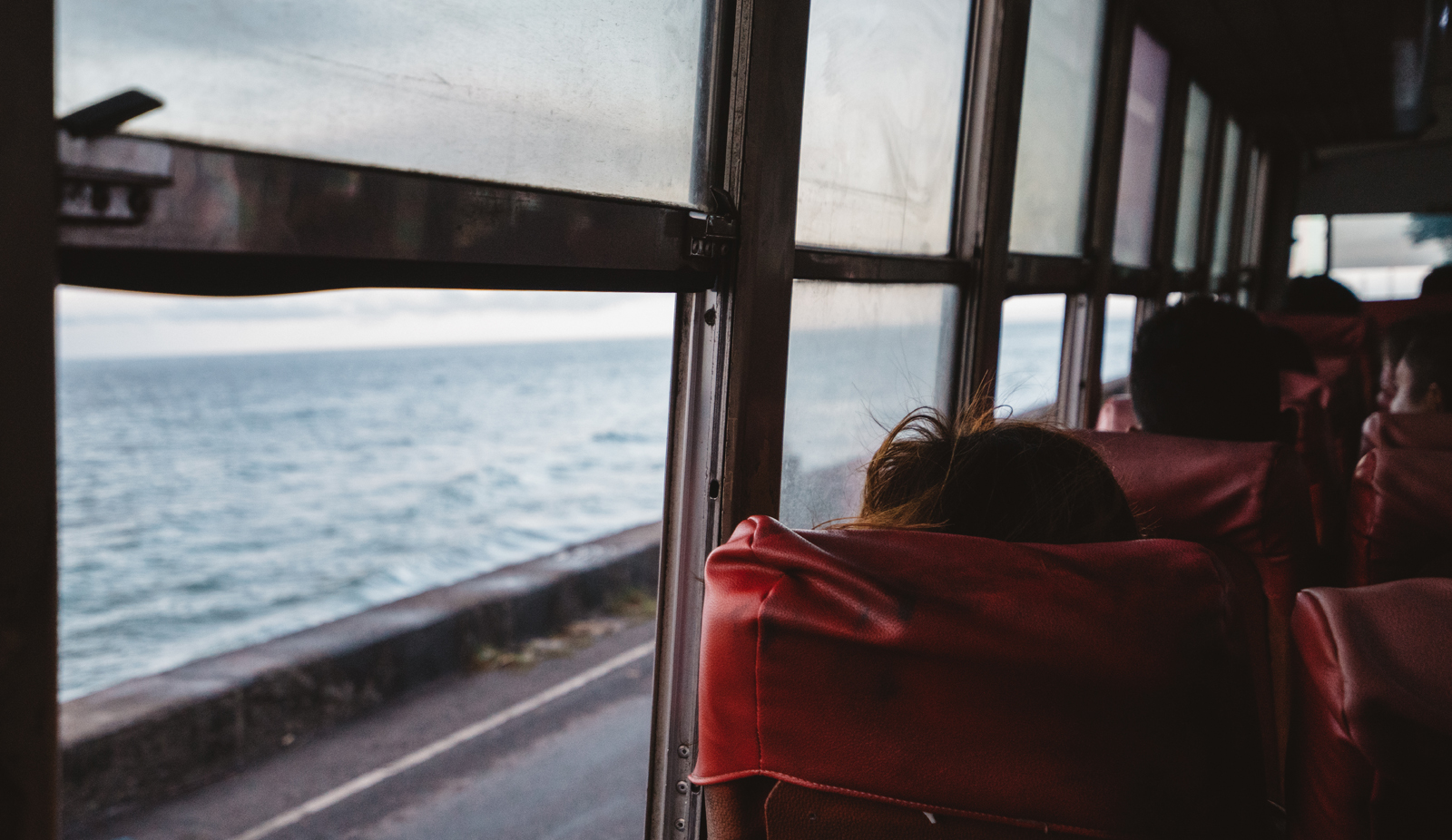 Okay, so now we're kind of thinking that it won't get any better soon. We won't be seeing the Manjuyod Sandbar, and it's gonna be dark enough to make anything dull and sad. But then, we met our guide. 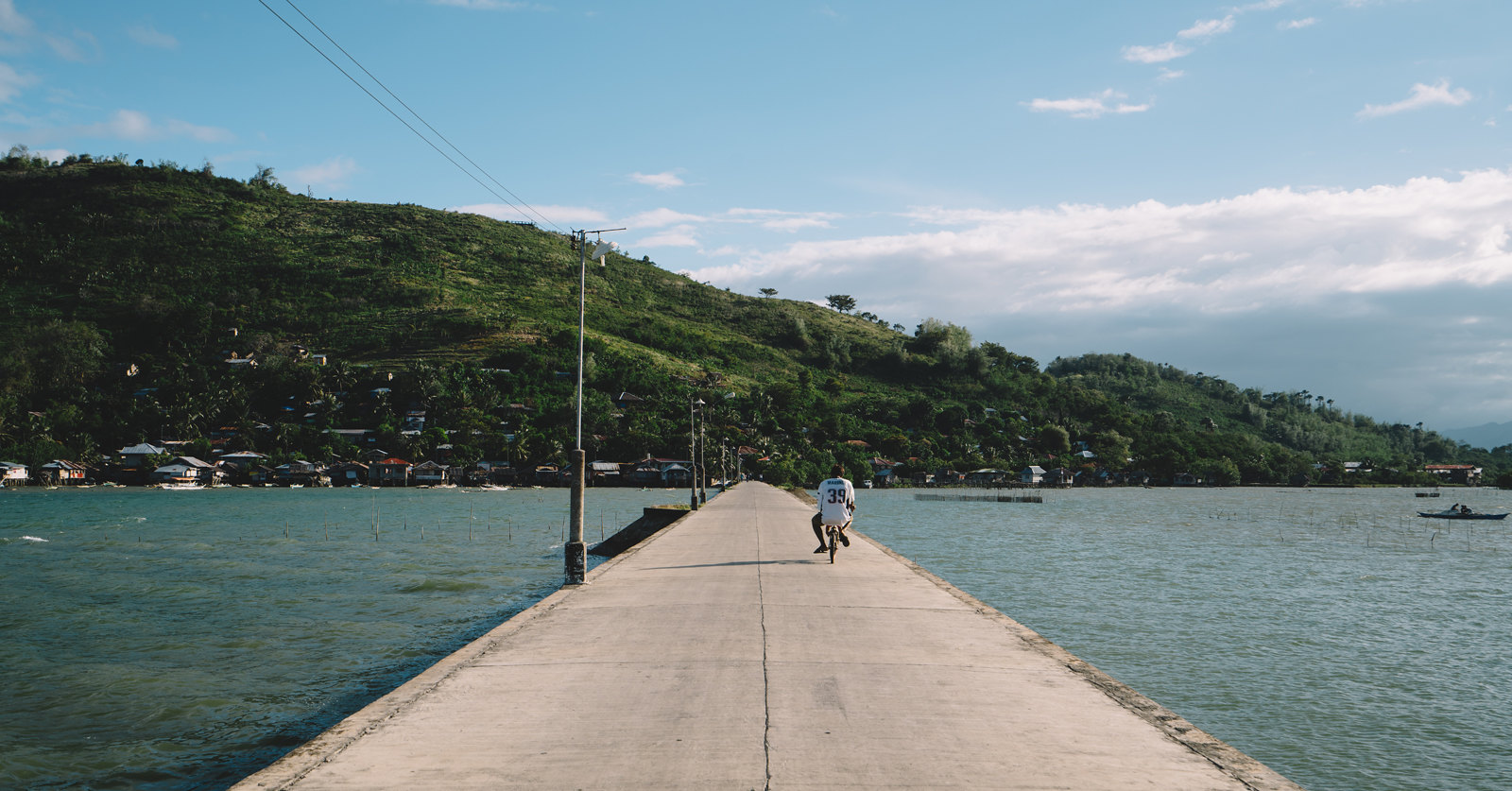 Mang Jesus is Ate Jenn's dad. He was a fisherman during his younger days. As common as he looks, he turned out to be a pretty special guy. 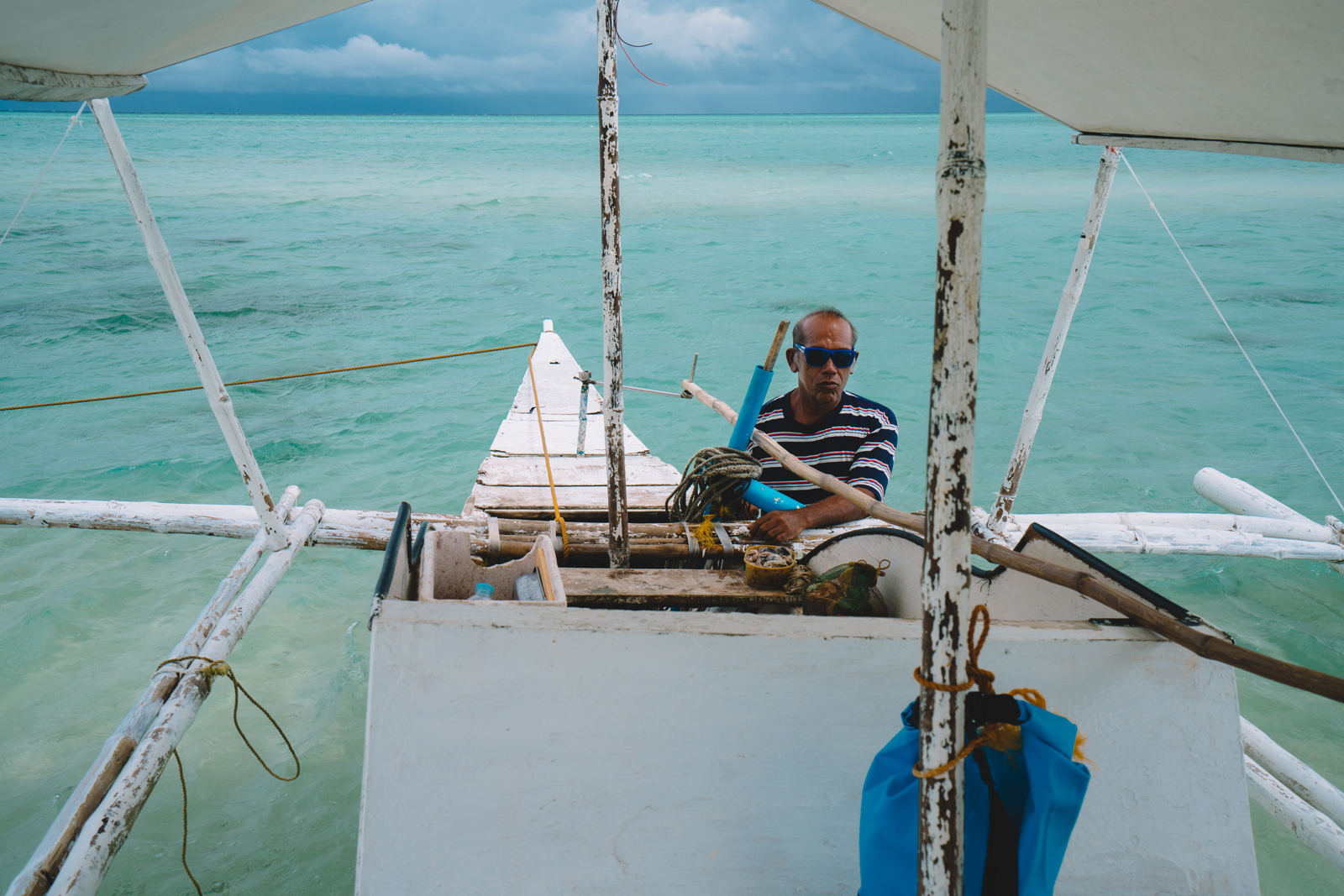 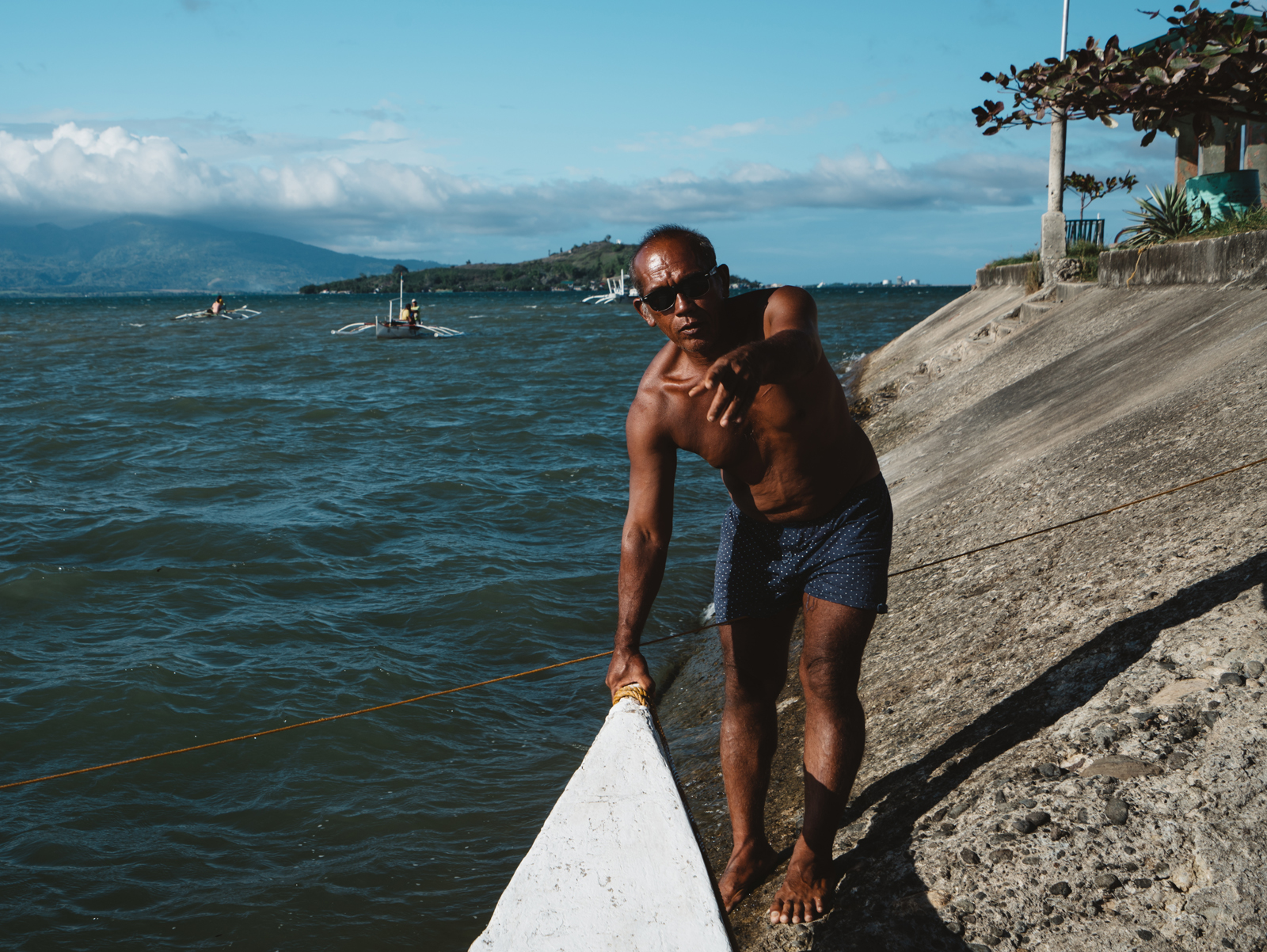 The three of us rode his big boat together with his co-captain. It was gloomy and the tide was already high. 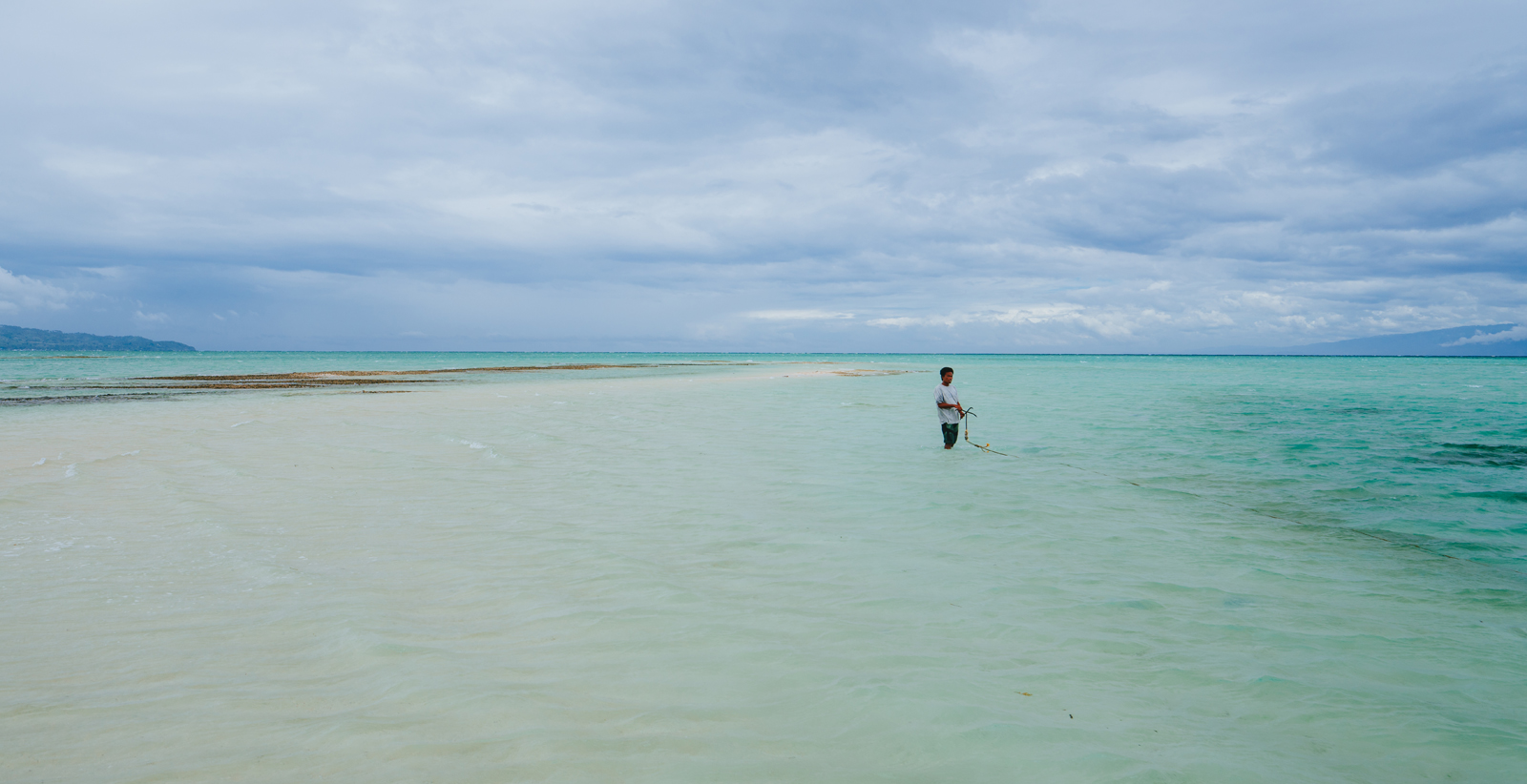 So, we set our expectations rock-bottom. When we saw that the sandbar was already sunken, we just decided to eat there with the strong waves crashing on our boat. 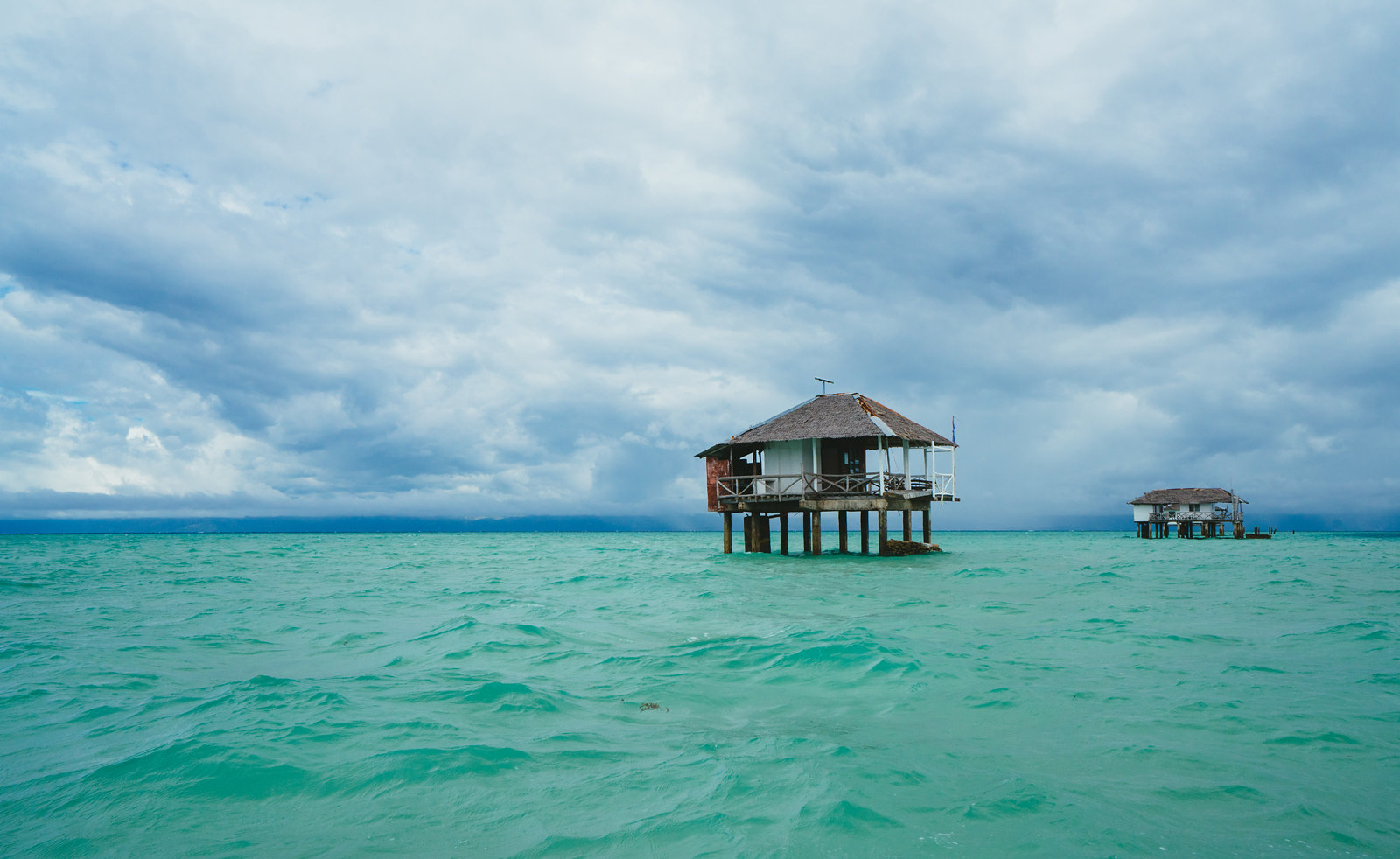 Astoundingly, we were impressed how the food tasted. It was delicious! It somehow took away some of the bad vibes we had. 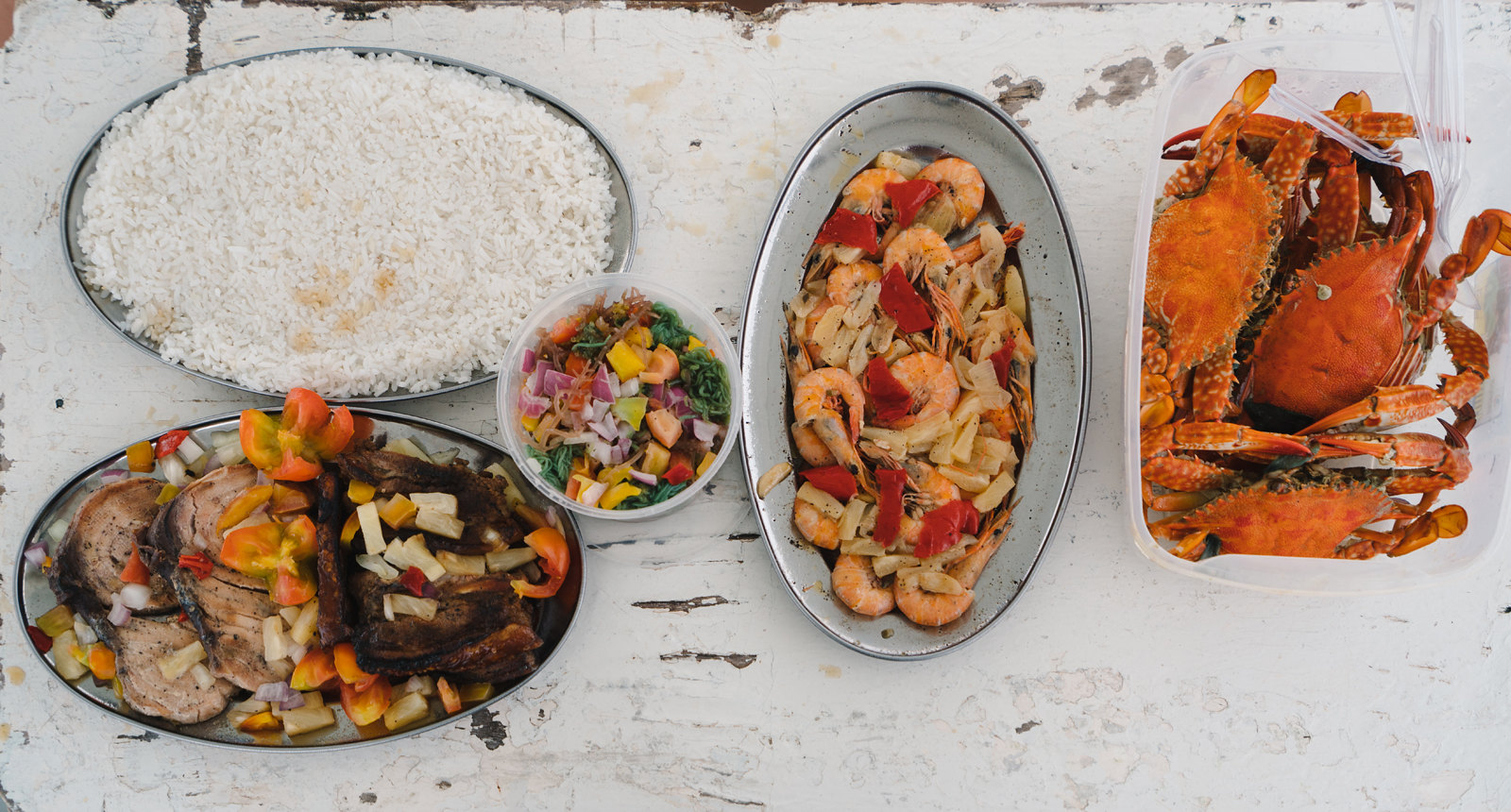 After eating, we decided to tell Mang Jesus to just go back and finish the tour. During our way back, we chatted for a while and learned that he actually lives in a very small island nearby. That we could stay with them and the locals when we come back. Then as we were halfway, surprisingly, he told us that he's not contented with what happened -- that he wanted us to truly enjoy their little town and the wonders of Manjuyod. 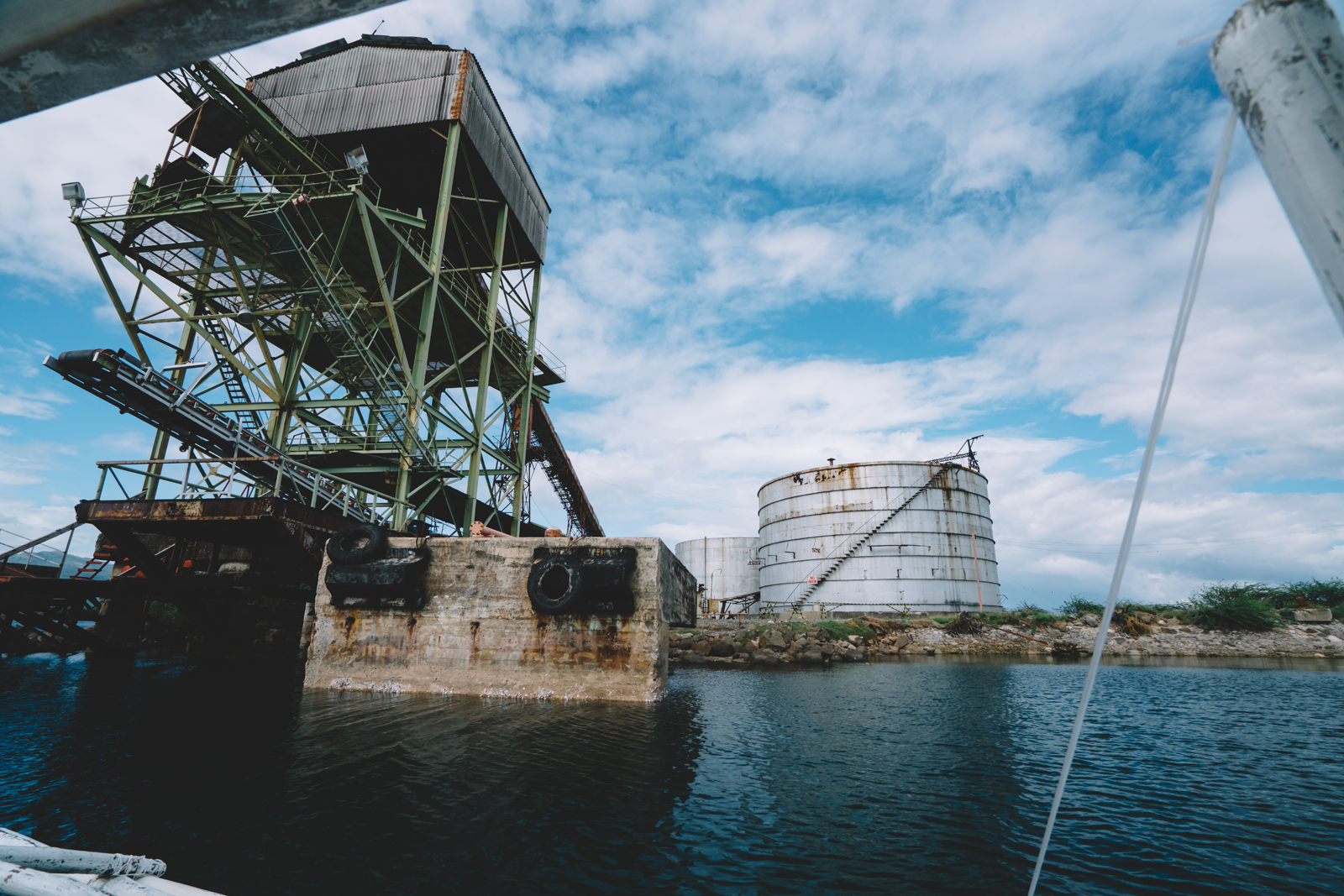 So, he brought us to this place called Punta. It's a fishery. With interesting people and view. We originally planned to see a tourist spot in the form of a picturesque sandbar, but instead, he showed us a scene depicting a day in their lives. And it was wonderful and precious. 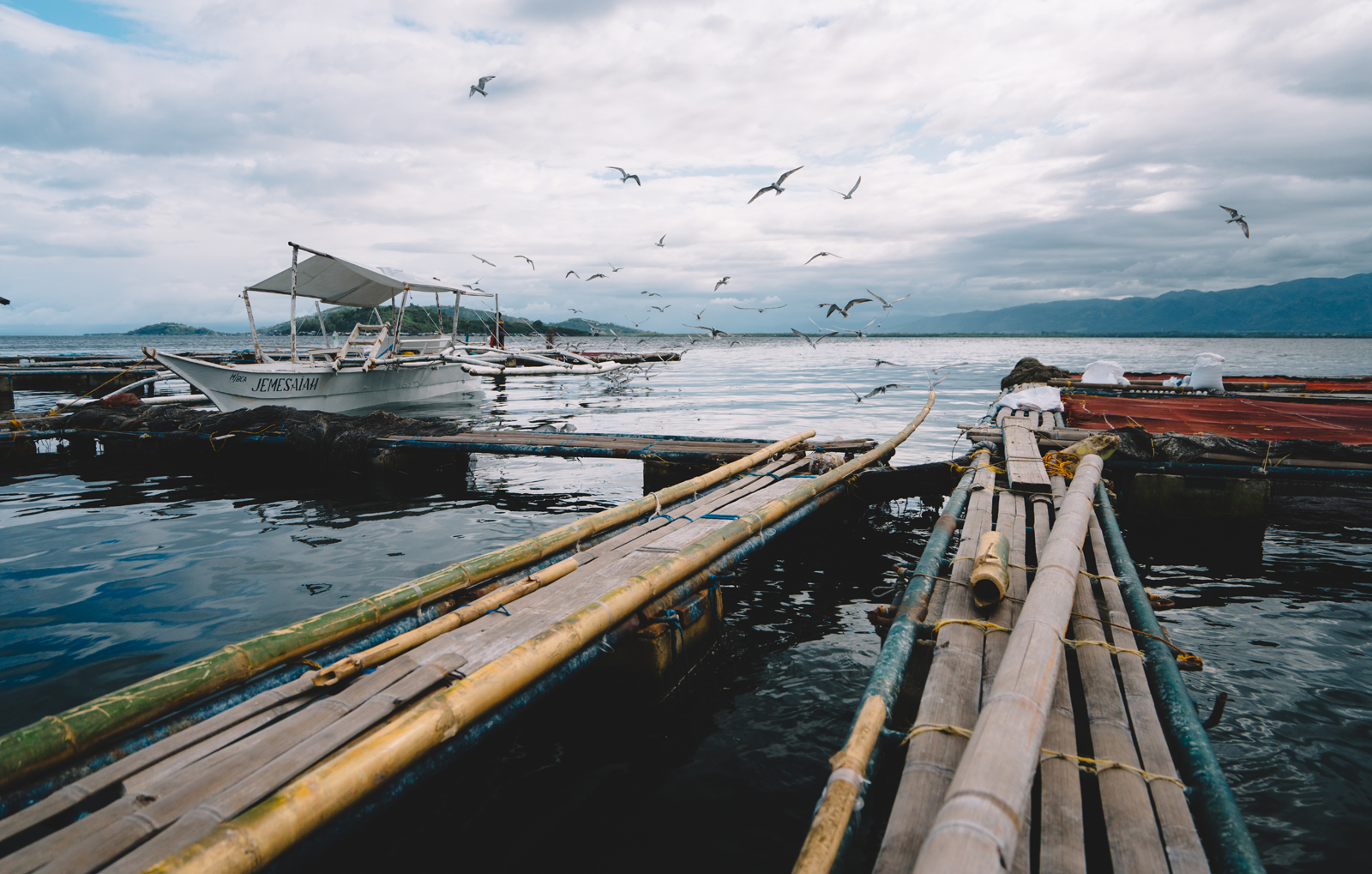 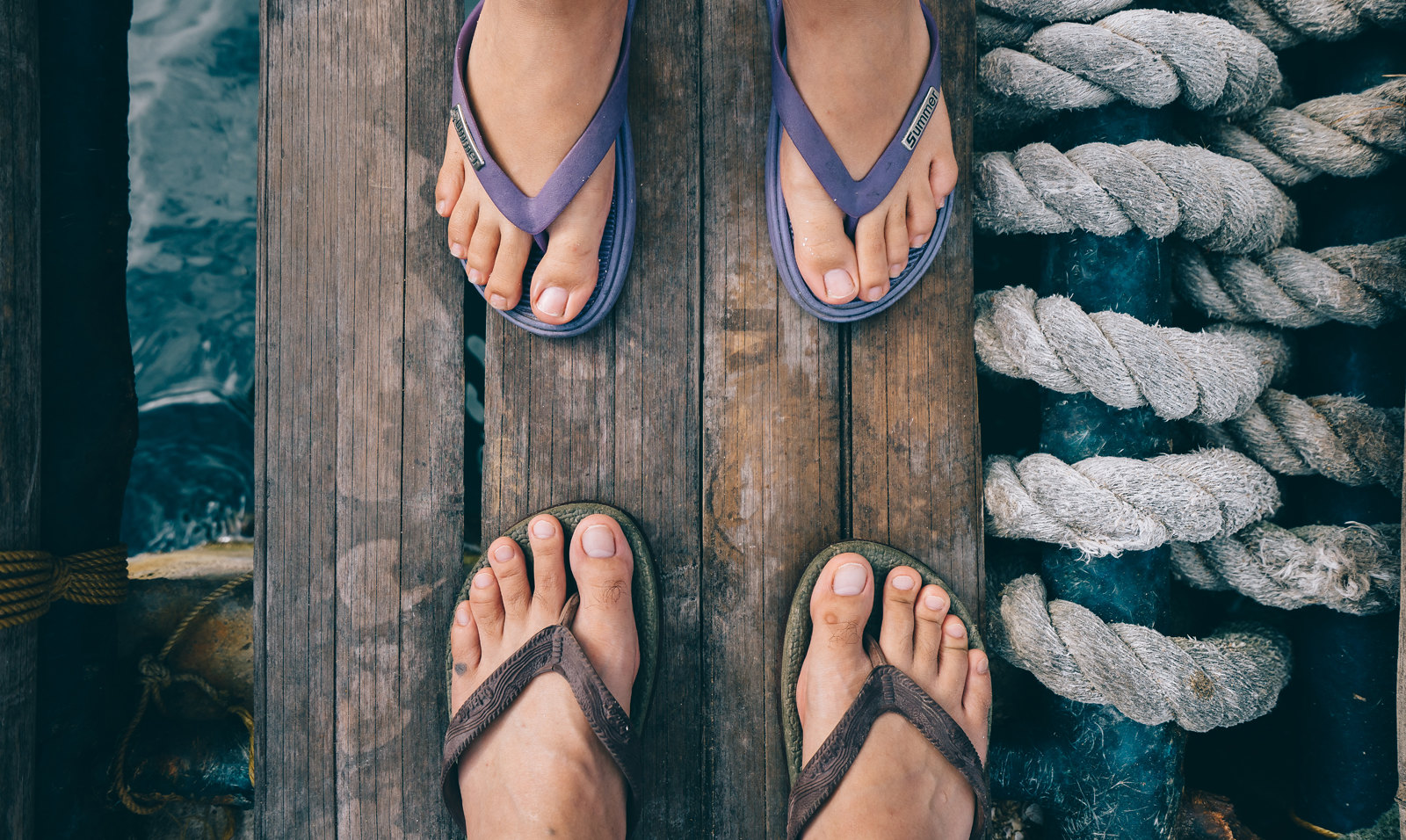 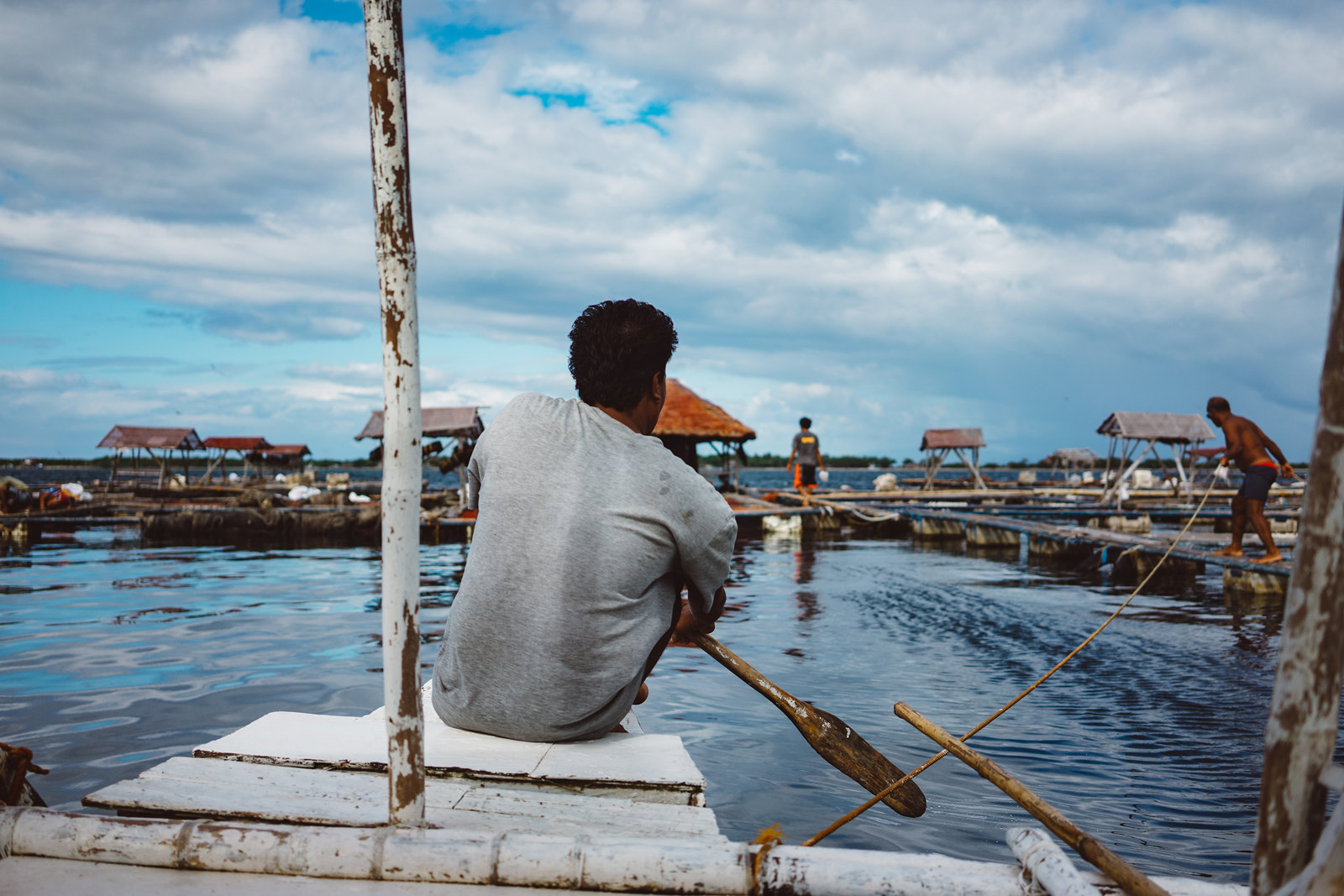 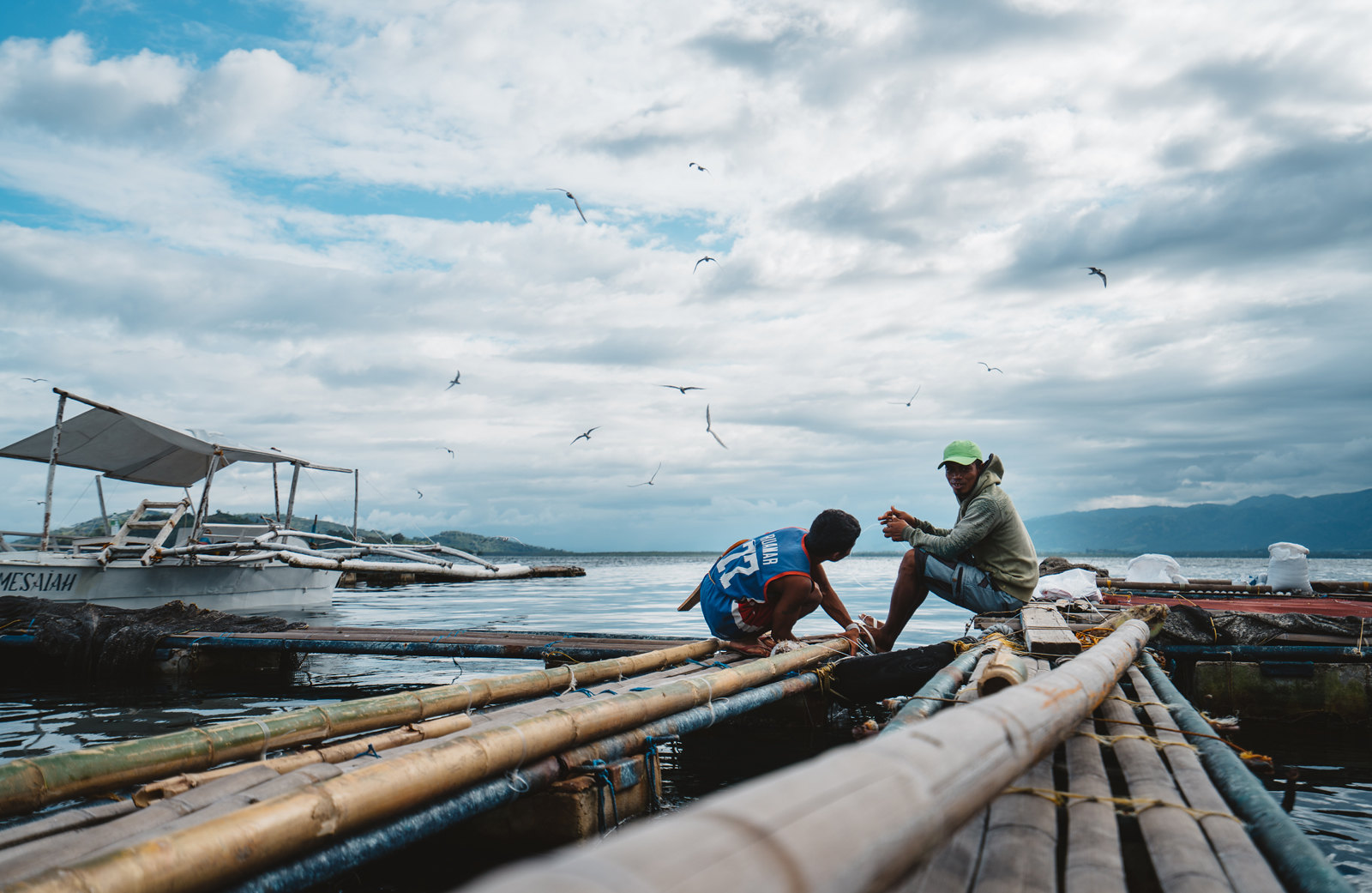 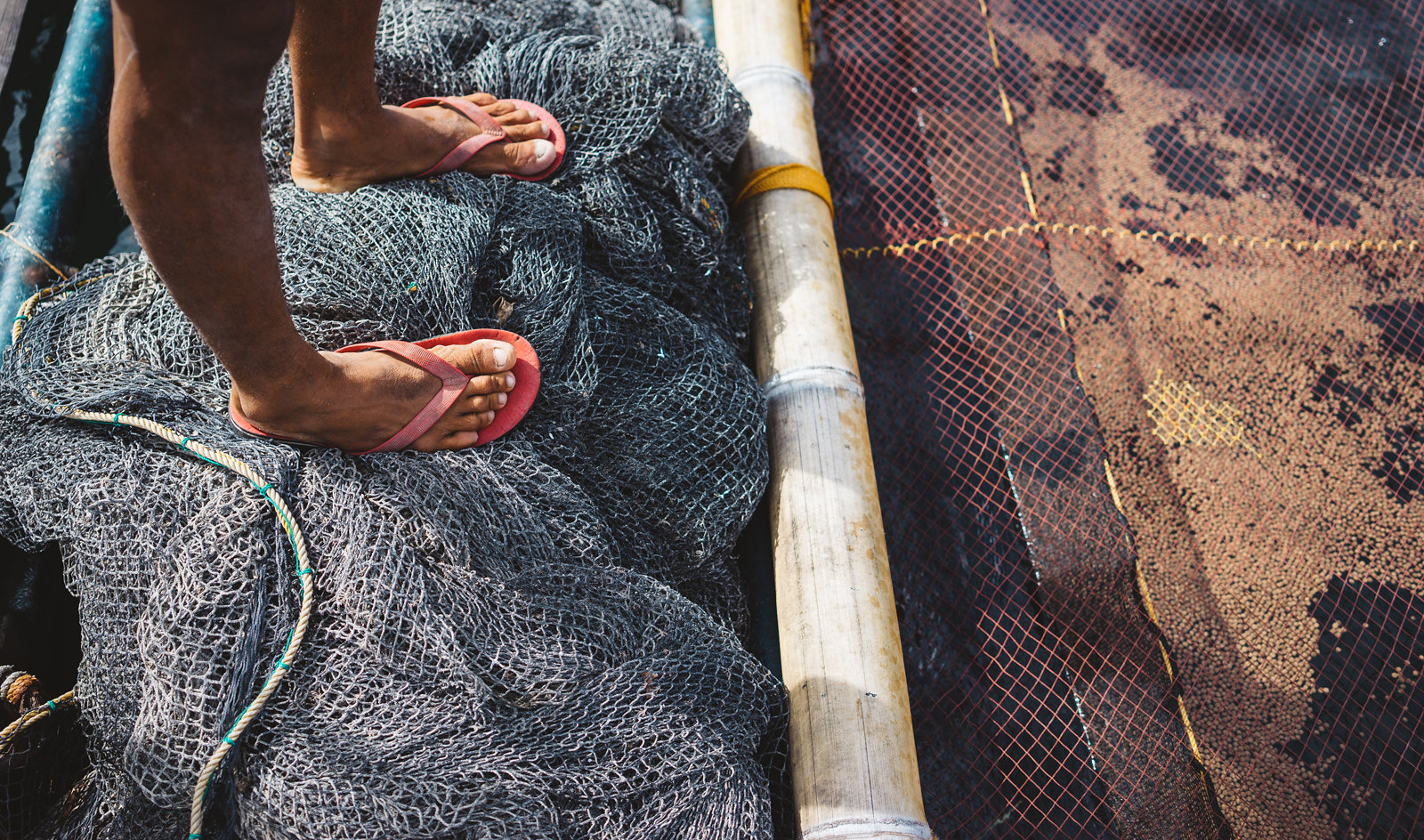 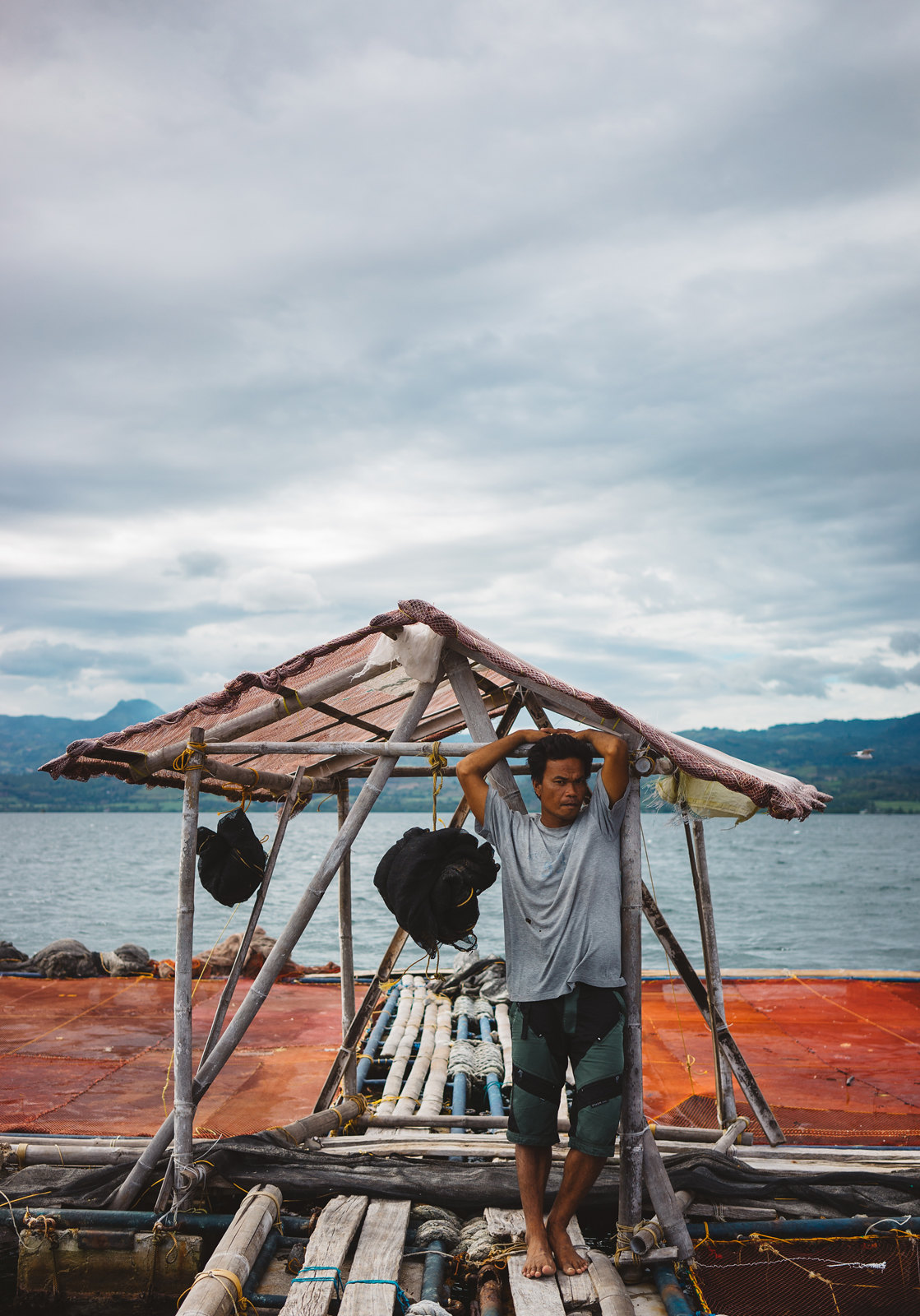 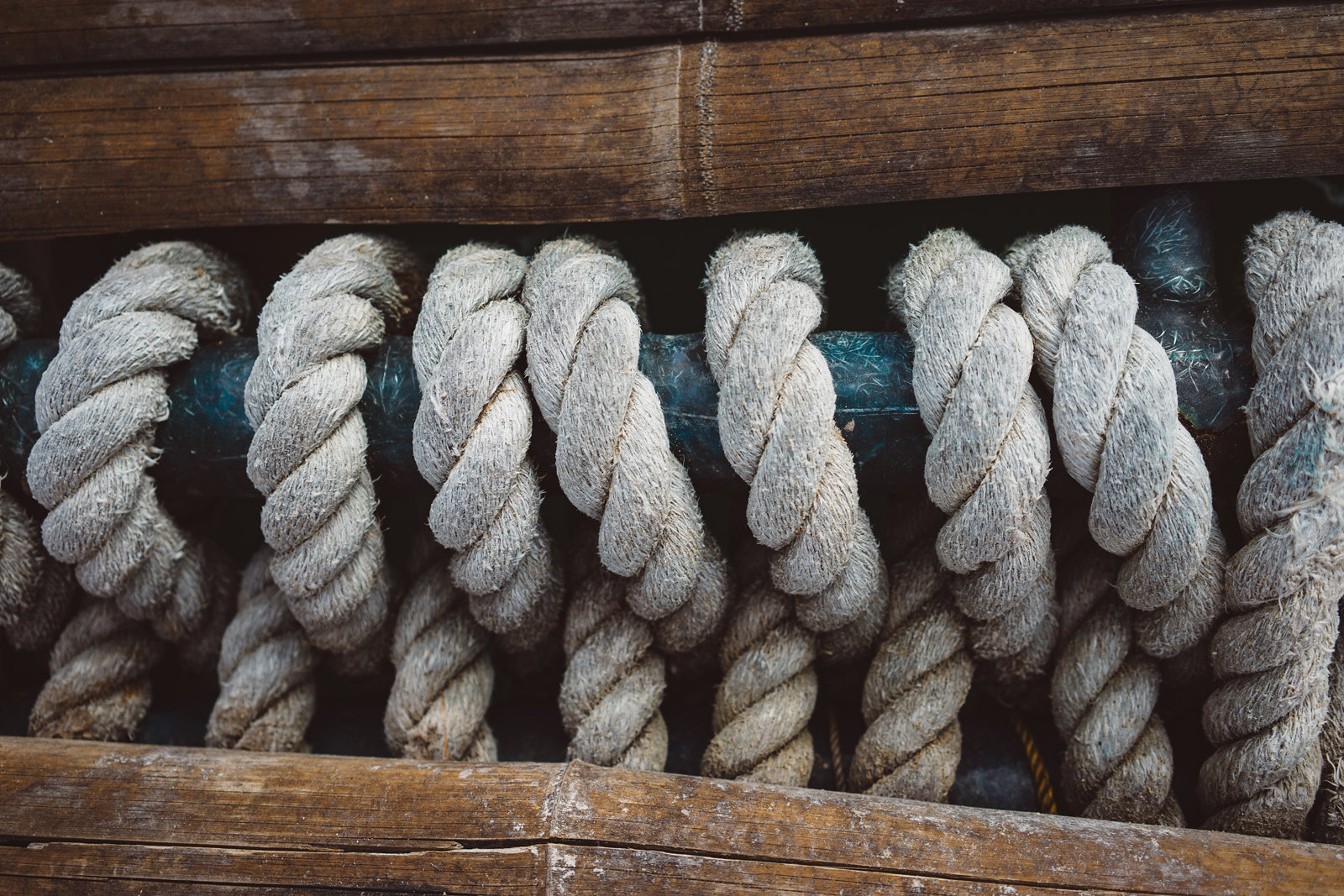 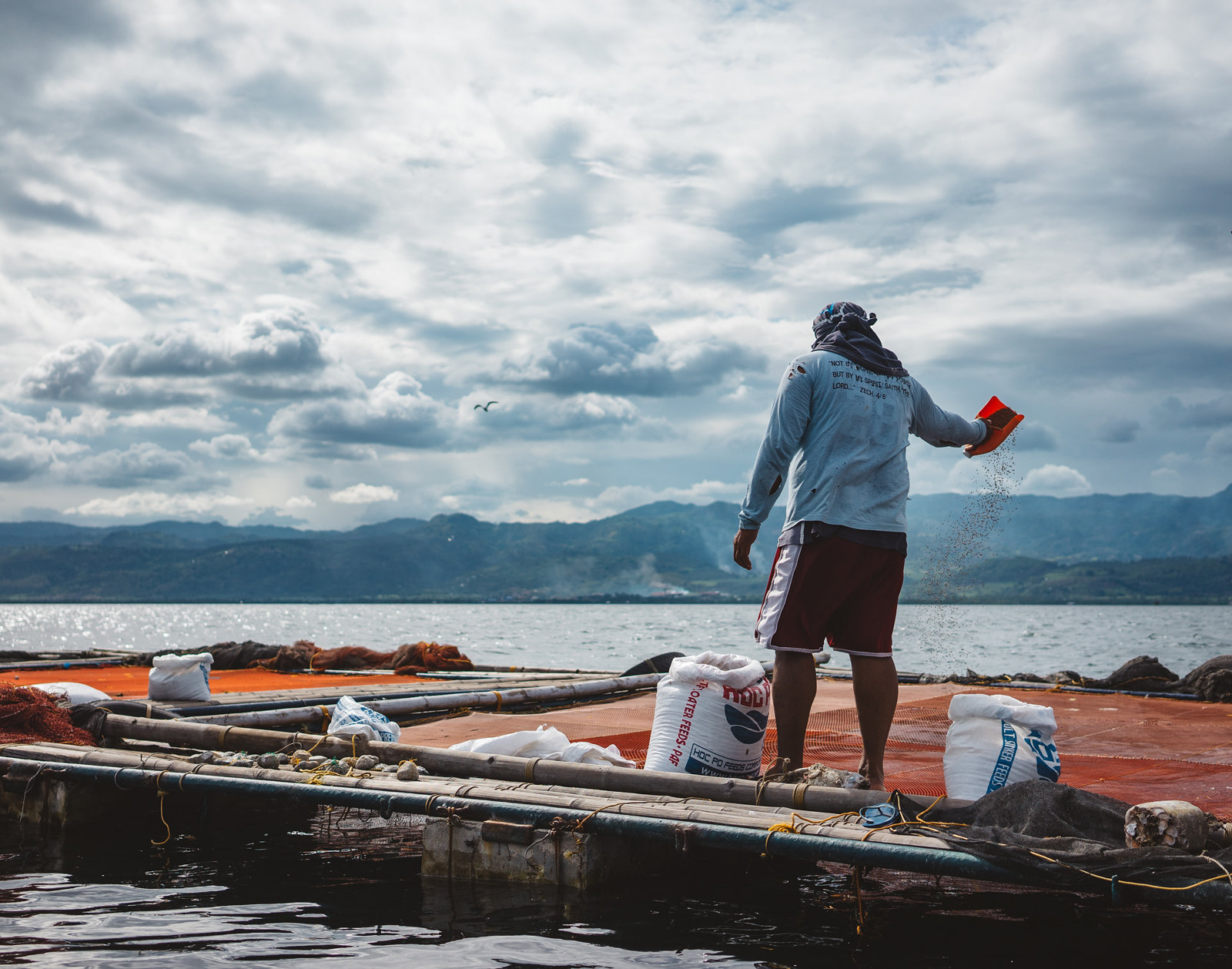 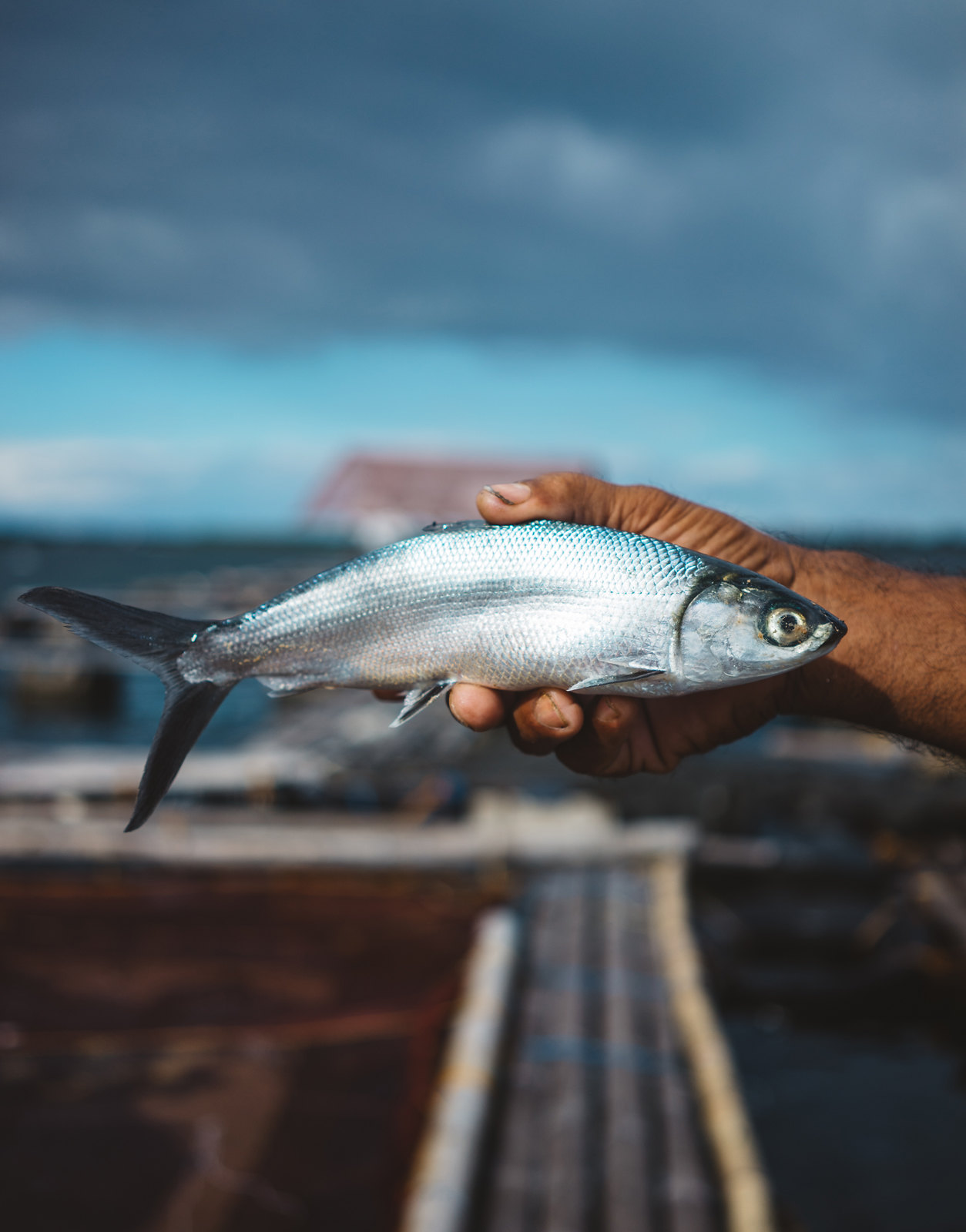 It was awesome seeing so many birds fly and hover up close. 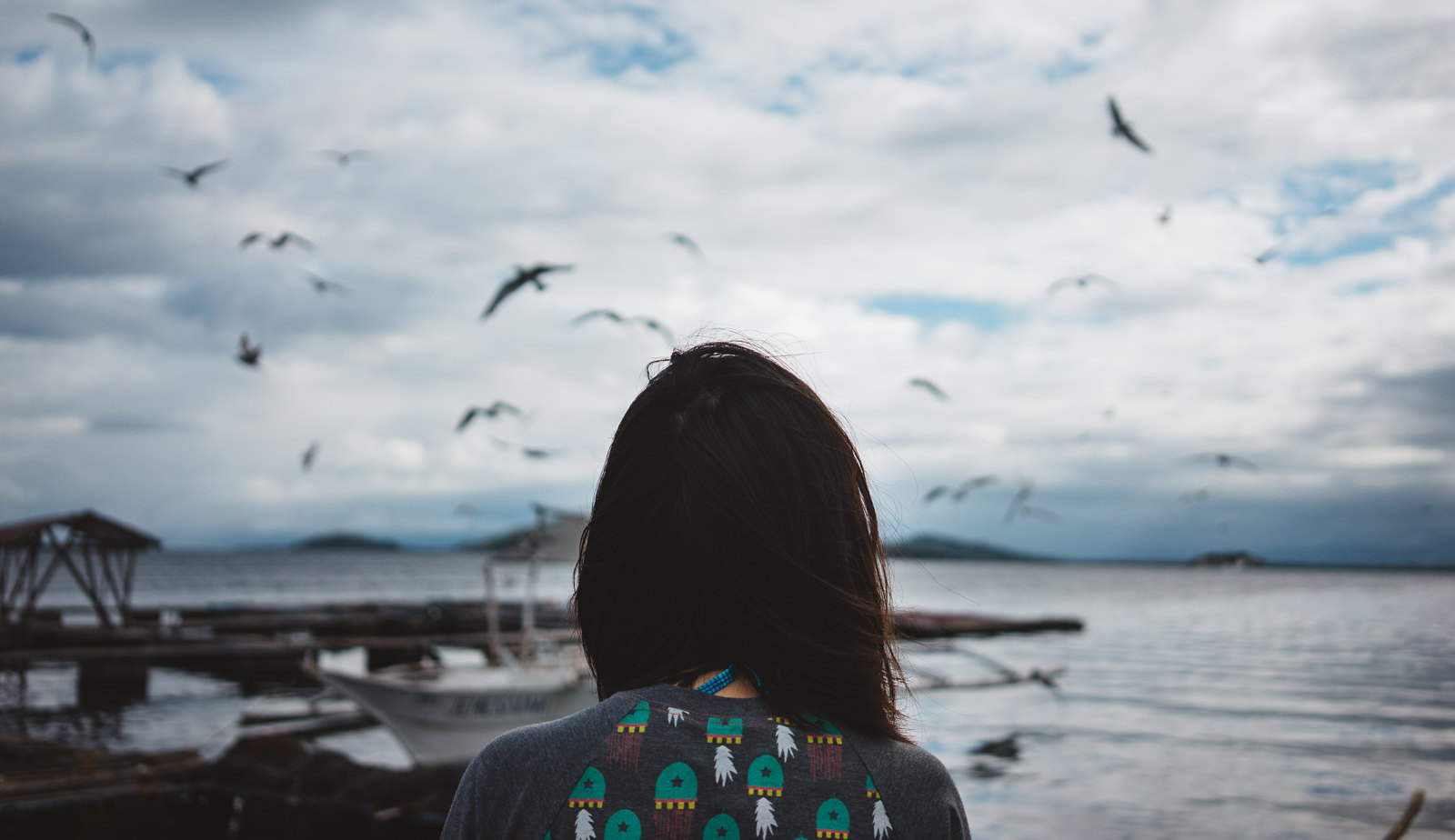 Mang Jesus then brought us back. What's cool is that when we were about to ride the tricycle that her wife arranged for us, he talked to me in private and told me that the tricycle was way too overpriced -- around tenfold. This is with the fact that the trike driver was a family friend. Most people would just go along to help each other earn easy money. But he was different. He was genuine. He even offered an extra tour the next day for free. Just for us to see the Manjuyod sandbar. How's that for a guide?

How often do you encounter people like this? Especially in the travel industry. This is why you, Mang Jesus, deserve an article of your own. 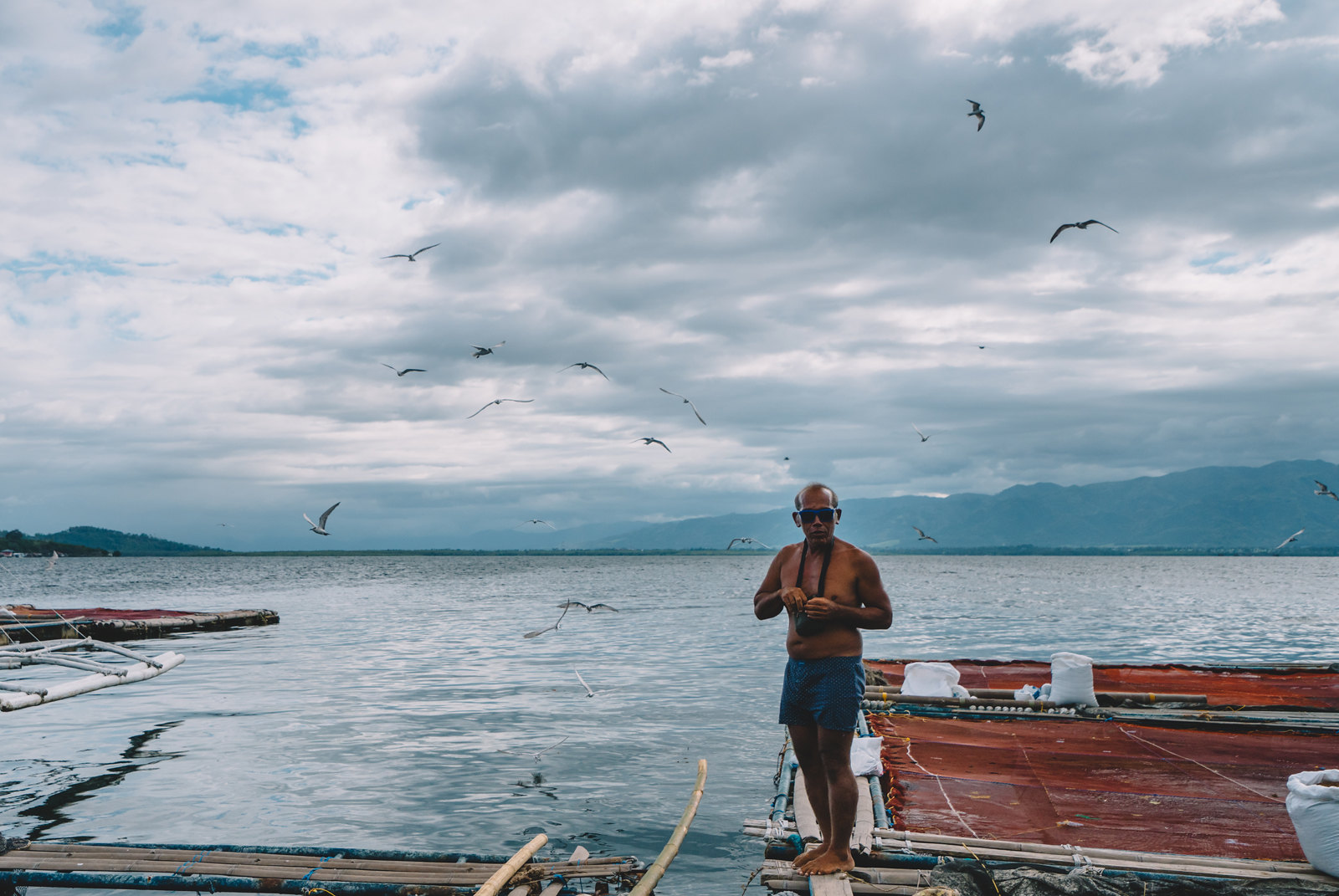 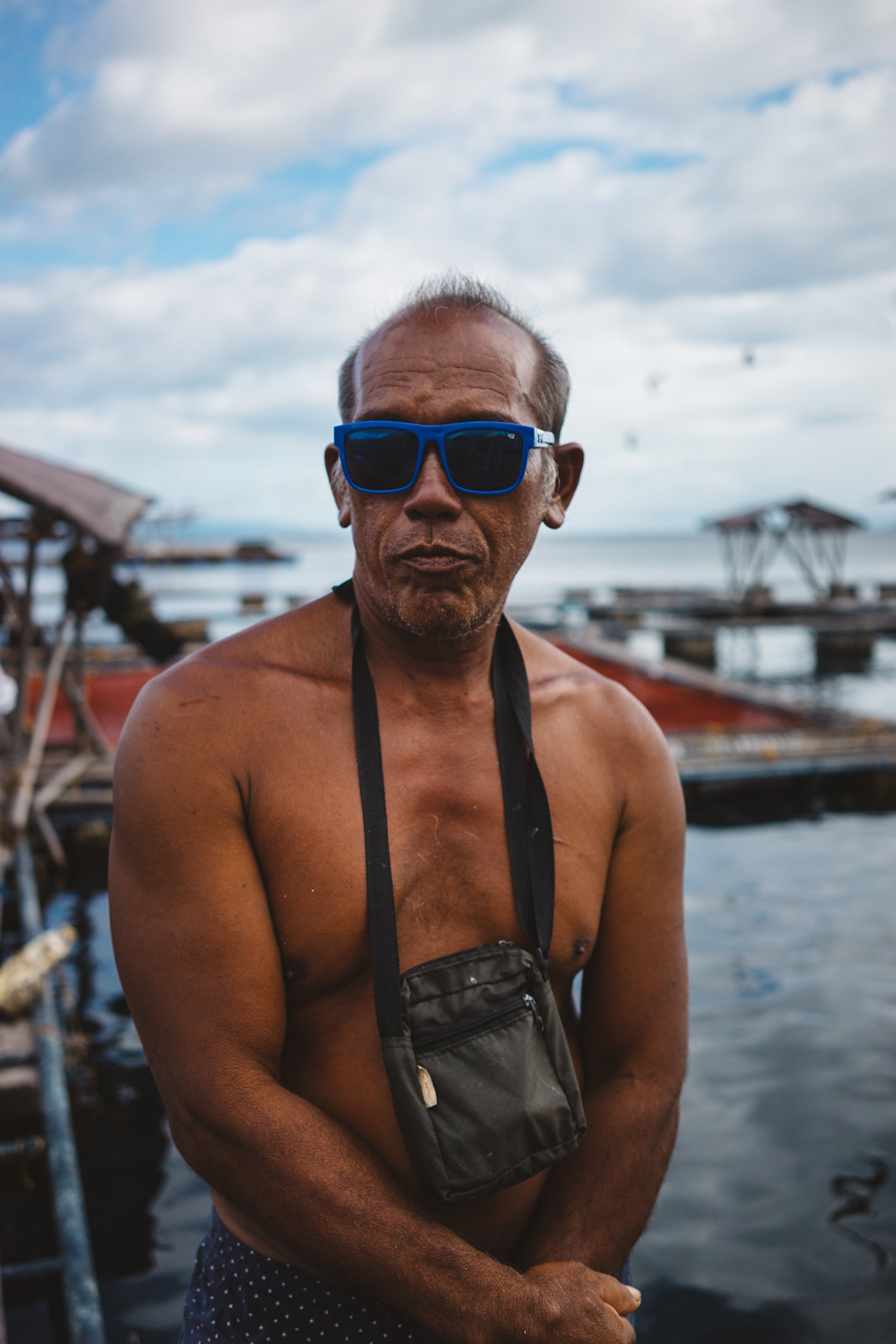 I hope that you may serve as an inspiration to your townsmen and every guide in this country. A bona fide man who just wants to share the beauty of this world. 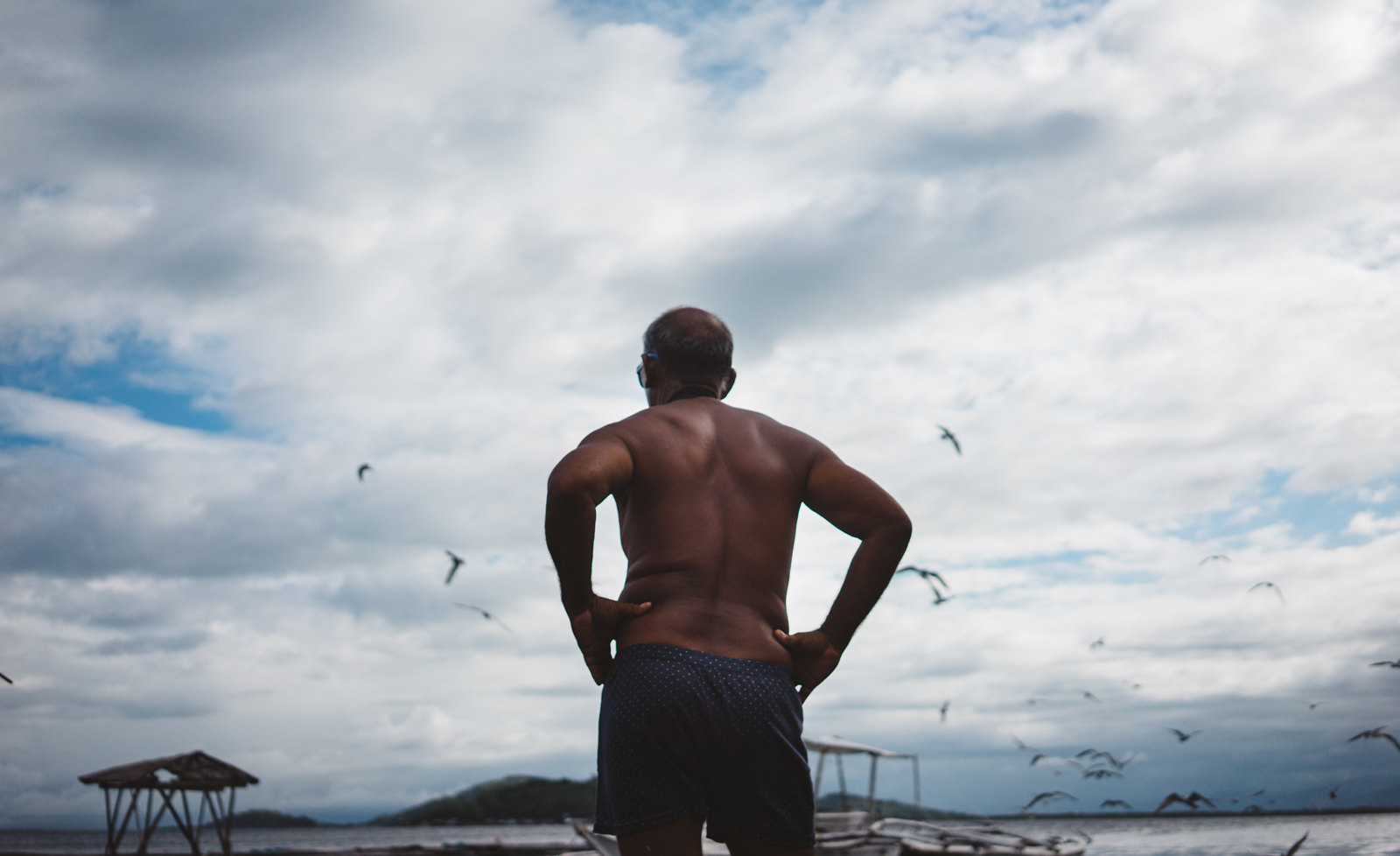 We'll hold you to that promise that we can stay at your house and hopefully, see that majestic sandbar. See you soon.

Edit:
It seems that a lot of people are having troubles with Ate Jenn arranging tours for her father. We experienced this slightly. She was late and we couldn't contact her for a while back then. Now that 2 people (darthvader and Kristine) from the comments are telling the same problems, I removed Jenn's number in this blog. Please read the comments below so you can decide for yourself. BUT AGAIN, Jenn is just 2% of the experience. Mang Jesus isn't involved with this shitstorm. Mang Jesus is still awesome!